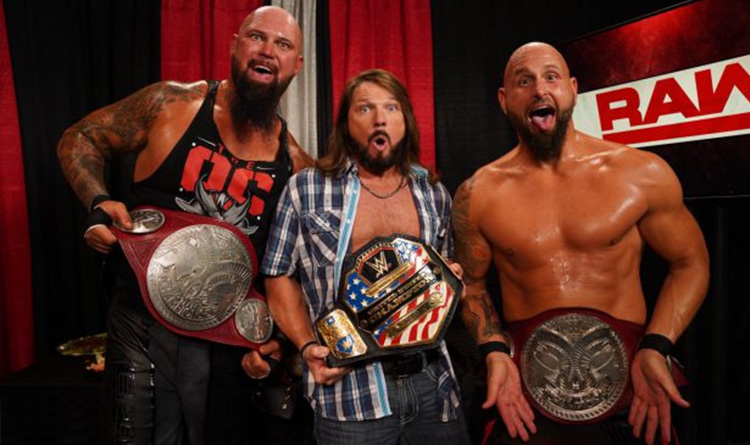 Doc Gallows, one half of the Good Brothers, is all set to face Ethan Page, in a most expected contest on Next Week’s episode of Impact. Here, it is worth noting that Gallows and Karl Anderson failed to win the Impact tag team championships at Bound for Glory. This was a 4-way tag team contest for the championships which was eventually won by The North.

Now, the contest between Gallows and Page assumes significance considering the fact that both the competitors are main-event talent and have it in them to someday win the Impact World Championship. Currently, Page is one half of the tag team champions along with Josh Alexander (The North). Also, this contest indicates the fact that the feud between The North and The Good Brothers is far from being over. There could be more run-ins in future leading to Gallows and Anderson capturing the tag team championships eventually.

The Good Brothers have formed a formidable alliance now from at least the past 7 years starting from their time in New Japan Pro Wrestling (NJPW) as part of The Bullet Club. Though they won the tag team championships in WWE on multiple occasions, Gallows and Anderson were under-utilized with a lacklustre run and eventually released during the beginning of this year.

Hence, with the team now in Impact, they could make sufficient impact to capture eyeballs again and thereby catapult to the best amongst the tag team champions of the world. Early in the year, when The Good Brothers came to Impact Wrestling, it was rumoured that they were trying their best to get AJ Styles to sign with the promotion; however, this turned out to be hearsay as AJ is currently in the midst of a feud and being featured on the RAW Survivor Series team. Therefore, the current feud with The North could potentially help them get back to the major league as far as tag team wrestling is concerned.