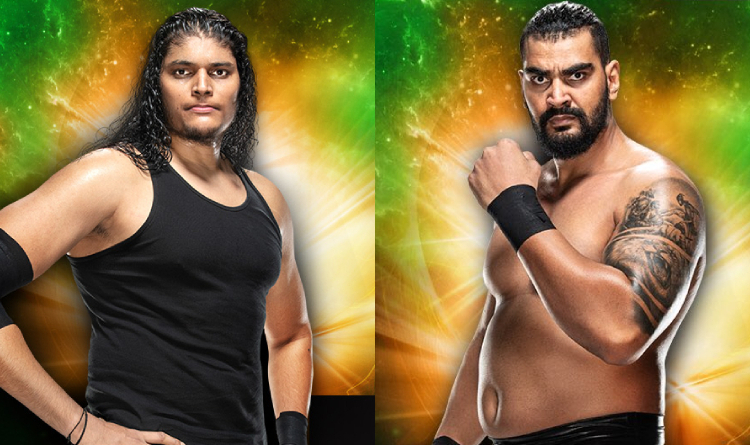 Dilsher Shanky and Giant Zanjeer to compete at Superstar Spectacle

Sukhwinder Grewal, known by his stage name Giant Zanjeer, trained at The Great Khali’s wrestling academy. He signed with WWE in March 2020 and moved from Punjab to Orlando to coach at the WWE Performance Centre. Giant Zanjeer definitely lives up to his name. He is 7’2″ tall and weighs 154 kilograms.

Gurvinder Singh, known under the ring name Dilsher Shanky, is another giant to take part in Superstar Spectacle. He began his wrestling career in 2017 and compiled a record of 22-5. Shanky is a former CWE heavyweight champion and a Battle Royal winner. He transitioned to WWE in January 2020 and joined the WWE Performance Center. Dilsher Shanky stands at 7 feet weighing 95 kilograms.

Singh and Grewal are supposed to make their WWE debut at Superstar Spectacle. They will reportedly take on famous athletes. WWE has yet to disclose the names of their opponents; however, Shanky and Zanjeer will likely fight against Drew McIntyre, Shinsuke Nakamura, Cesaro or Robert Roode.

Considering a star-studded fight card, WWE will probably crown a new champion at Superstar Spectacle. Nevertheless, the company has not revealed any specific information on title bouts. WWE India is handing out virtual tickets for Superstar Spectacle. To get seats in the WWE ThunderDome, fans have to register on the promotion’s website.