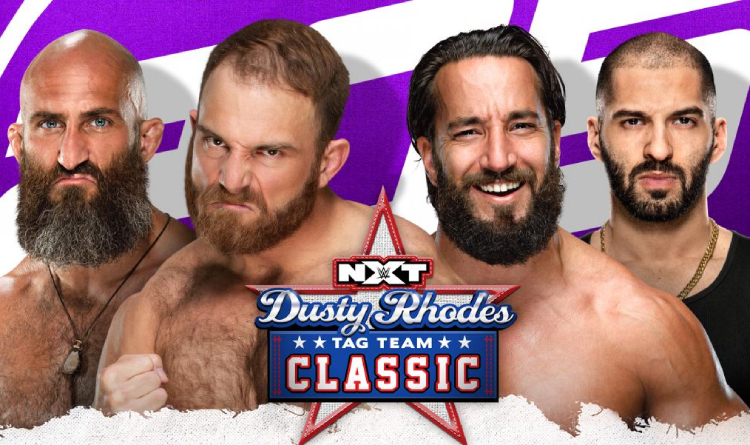 Tommaso Ciampa and Timothy Thatcher will fight against Tony Nese and Ariya Daivari in a Dusty Rhodes Tag Team Classic Match on January 22.

Ciampa and Thatcher met in the NXT Fight Pit on January 20. The brutal battle between wrestlers resulted in Timothy’s victory by submission. Thatcher caught Tommaso in a tight Stretch Muffler and forced him to tap. However, the athletes decided to combine forces against Nese and Daivari in the First Round of Dusty Classic. They will replace injured Ashante Adonis and Desmond Troy. The winner of the contest is set to take on The Undisputed Era in the quarterfinals.

Gigi Dolin and Cora Jade, who signed with WWE NXT on January 20, agreed upon forming an alliance to take part in the first-ever Women’s Dusty Rhodes Tag Team Classic. Candice LeRae and Indi Hartwell will be their opponents in a quarterfinal bout scheduled on January 22. Candice and Indi are sizable favorites in the upcoming showdown; however, newcomers might have a trump card up their sleeve.

The winners of Dolin & Jade vs LeRae & Indi clash are expected to fight against victors of Ember Moon & Shotzi Blackheart vs Marina Shafir & Zoey Stark contest in the semifinals.

Kacy Catanzaro and Kayden Carter made an incredible upset by defeating Toni Storm and Mercedes Martinez in Dusty Classic on January 20.  Catanzaro stopped the action with the twisting splash. They became the first team to qualify for the semifinals. The best female tandem will get the Dusty Rhodes Cup.