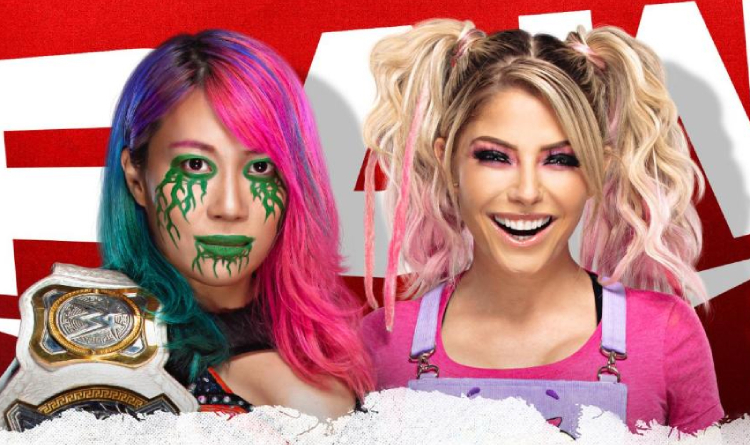 Asuka to defend the Raw title against Bliss

Asuka is coming off a loss to Bliss

The ladies met in the ring last week in the Raw main event. Bliss revealed her new persona Sister Abigail during the fight. She metamorphosed into the sinister avatar and used her alternative personality to finish Asuka. Alexa beat the champion by submission; however, she failed to win the belt, because the showdown was non-title.

According to WWE, Asuka will defend her Raw gold on Monday. Given the result of the previous clash and Sister Abigail’s power, Bliss has a great chance to defeat her rival and become the Raw champion for the fourth time.

The company booked 2 more big contests for Raw on January 25. Matt Riddle is going to take on The Hurt Business’ teammates Shelton Benjamin, Cedric Alexander and Montel Vontavious Porter in a Gauntlet Match. In case Riddle triumphs over his opponents, he will challenge WWE US champion Bobby Lashley.

WWE Women’s Tag Team queen Charlotte Flair will face off Shayna Baszler on Monday in the run-up to the Royal Rumble. Flair and Asuka are looking forward to defending their crowns and want to cement their positions as the top female wrestlers on the roster. Baszler, on the other hand, is eager to take revenge for the previous loss. She and Nia Jax aim at getting their titles back in the upcoming tournament.