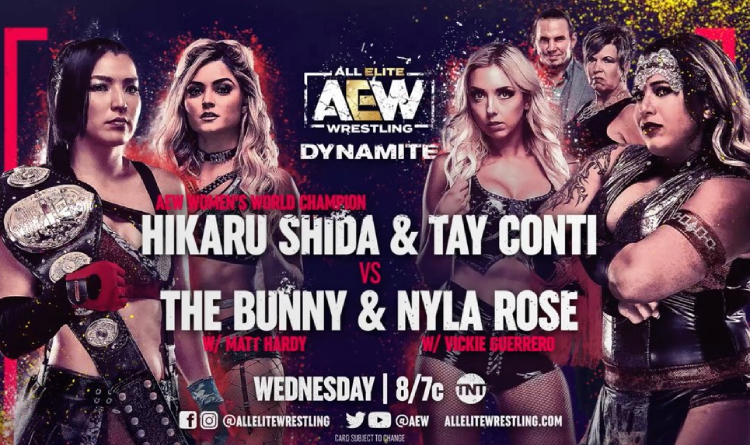 Shida & Conti to fight against The Bunny & Rose

AEW Women’s World champion Hikaru Shida will join forces with Tay Conti to face The Bunny and Nyla Rose in a tag team match at AEW Dynamite on March 31.

AEW Dynamite on this Wednesday featured a contest between Tay Conti and Nyla Rose. Tay scored victory by pinfall, but Nyla attacked her after the clash and was close to finishing her rival with the Beast Bomb. However, Shida intervened to save Tay. Hikaru hit Rose with a kendo stick, got on top of her and landed several punches. But The Bunny decided to interfere. She came into the ring, grabbed the kendo stick and beat both Shida and Tay up with it.

Following the contest, The Bunny’s manager Matt Hardy took to the microphone and claimed that the Women’s Champion Eliminator Tournament was “terrible”, because The Bunny failed to take part in the competition. Shida was disappointed with Hardy’s statement and offered Rose and The Bunny to battle it out in the ring. As a result, AEW added the clash to the Dynamite fight card.

Despite The Bunny’s interference, Tay won the clash against Nyla and took first place in the AEW women’s rankings. Rose suffered the first loss in 2021. She is currently ranked third after Red Velvet, who amassed a record of 5-0. 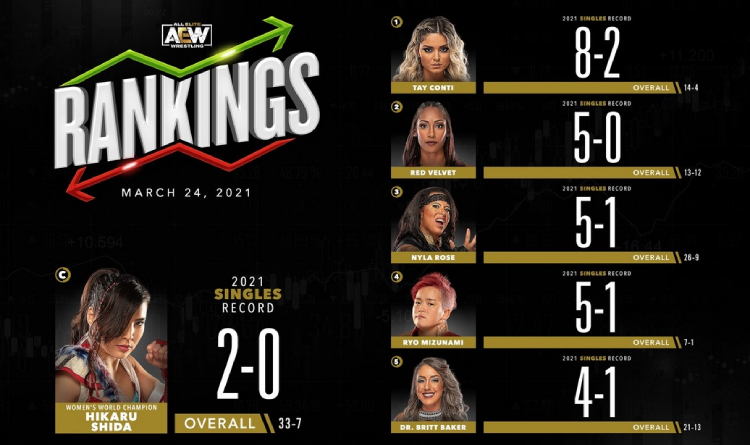 Next Week’s AEW Dynamite lineup includes 3 more showdowns. Former WWE Heavyweight champion Christian Cage is set to make his AEW debut against Frankie Kazarian. Cody Rhodes will take on QT Marshall. While Kenny Omega and The Good Brothers are to face Lucha Brothers and Laredo Kid in a trios match.