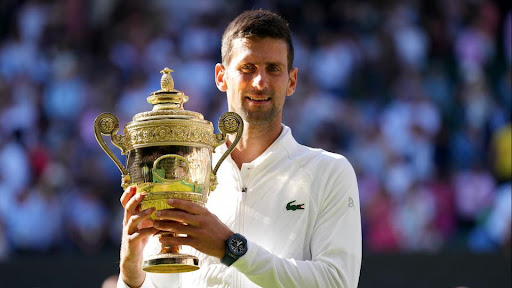 The finals of the 2022 Wimbledon Championships have wrapped up and we have found out our winners for each category of the current championships. As expected Novak Djokovic does make the cut after shaking off early jitters to win his seventh Wimbledon title.

The 35-year-old also became the fourth player in the open era after Roger Federer, Pete Sampras and Bjorn Borg won four titles in a row at SW19. Djokovic has a total of seven Wimbledon titles with his last four titles coming in 2018, 2019, 2021 and 2022.

World No.3 started the match on a slightly poor note, having lost the first set. Kyrgios broke his serve and made the No.1 seed work hard for points. But from the second set onwards, Djokovic rose to the occasion and didn’t give the Australian much breathing space.

Kyrgios, who got a walkover in the semi-final after Rafael Nadal pulled out due to an abdominal injury, churned out as many as 30 aces. However, his valiant efforts to get past Djokovic went in vain. Djokovic was brilliant with his first serve as he gained 83 per cent of his points from them. His second serve wasn’t the worst by any stretch of the imagination.

Both Djokovic and Kyrgios made seven double faults each. Even as most of Djokovic’s double faults came in the first set, Kyrgios lost a lot of momentum in the second. 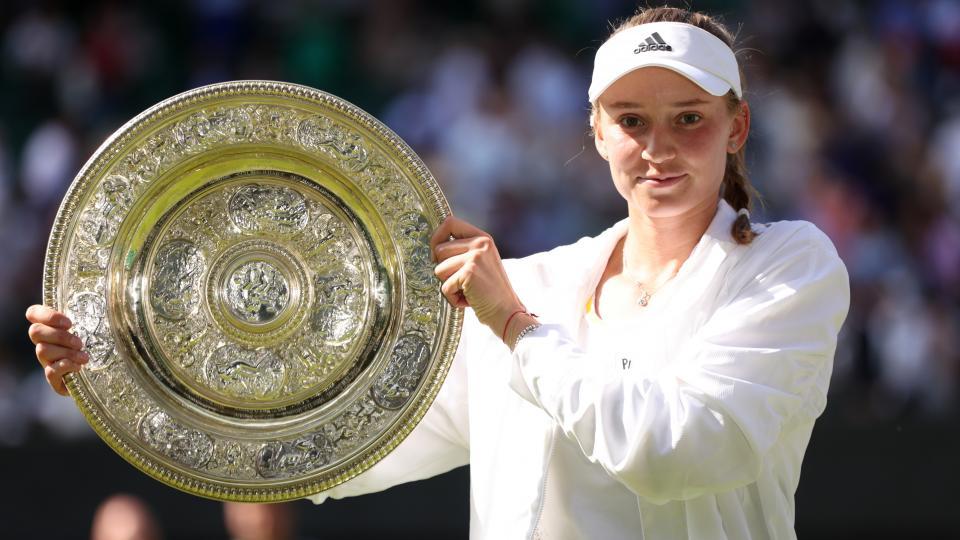 Kazakhstan’s Elena Rybakina, on Saturday, July 9, won her maiden career Grand Slam title. The 23-year-old defeated Tunisian Ons Jabeur in the final 3-6, 6-2, 6-2 at Centre Court to emerge as the champion of Wimbledon 2022.

Jabeur qualified for the quarter-final at SW19 last year and was looking to become the first Arab woman to win any grand slam. She started the match on an impressive note, breaking Rybakina’s serve two times. But from the second set onwards, the star from Kazakhstan made a stupendous comeback.

Coming into the match, Jabeur was the clear favourite, not only because she was the higher-seeded player, but also because of her recent form. Back in May, Jabeur failed to go beyond the first round, but she was simply brilliant throughout the tournament at SW19.

Earlier, she became the first Arab woman to play in a Grand Slam final. In the last two sets, she looked a tad out of sorts as Rybakina kept dominating. Rybakina couldn’t earn a single break in the first set but broke her opponent’s serve four times in the last two sets. 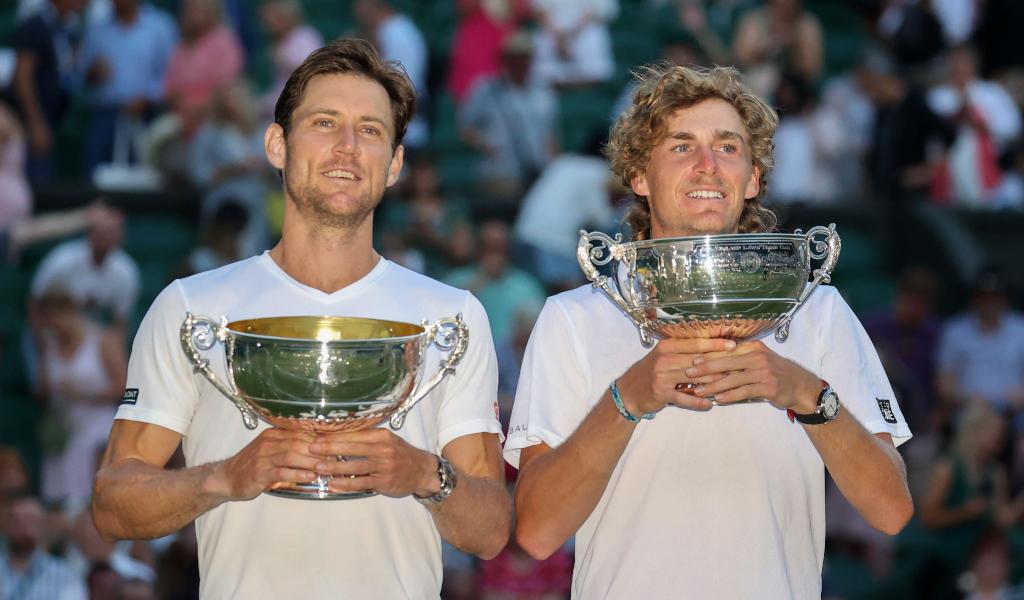 Mektic and Pavic were bidding to become the first team to retain the men’s doubles title at the All England Club since 2009.

The Croat pair have won 14 titles since first partnering at 2021 Australian Open and had won 13 successive matches in reaching Saturday’s final, following their successes at Queen’s and Eastbourne prior to Wimbledon.

The first two sets of a competitive and entertaining match had to be settled by tie-breaks, with Ebden and Purcell edging the first before Mektic and Pavic won six of the final seven points to take the second.

Olympic champions Mektic and Pavic recorded the first break of the contest in the opening game of set three and did not encounter any trouble until they were tasked with serving out the set – facing a breakpoint before eventually claiming their fifth set point to move ahead.

But Ebden, a runner-up in the mixed doubles event, and Purcell were able to force a decider with a break of serve in the 10th game of set four. Mektic and Pavic appeared on course for victory after consolidating a break for a 4-2 lead but their opponents were not finished, breaking back to set up a dramatic conclusion to the delight of the crowd.

And it was the Australian 14th seeds who were able to produce a final flurry to dominate the first-to-10 champions tie-break, Ebden clinching the title with an ace. They are the first Wimbledon champions, in any event, to save match points in multiple matches, having saved three match points in their first-round match and five in their semi-final. 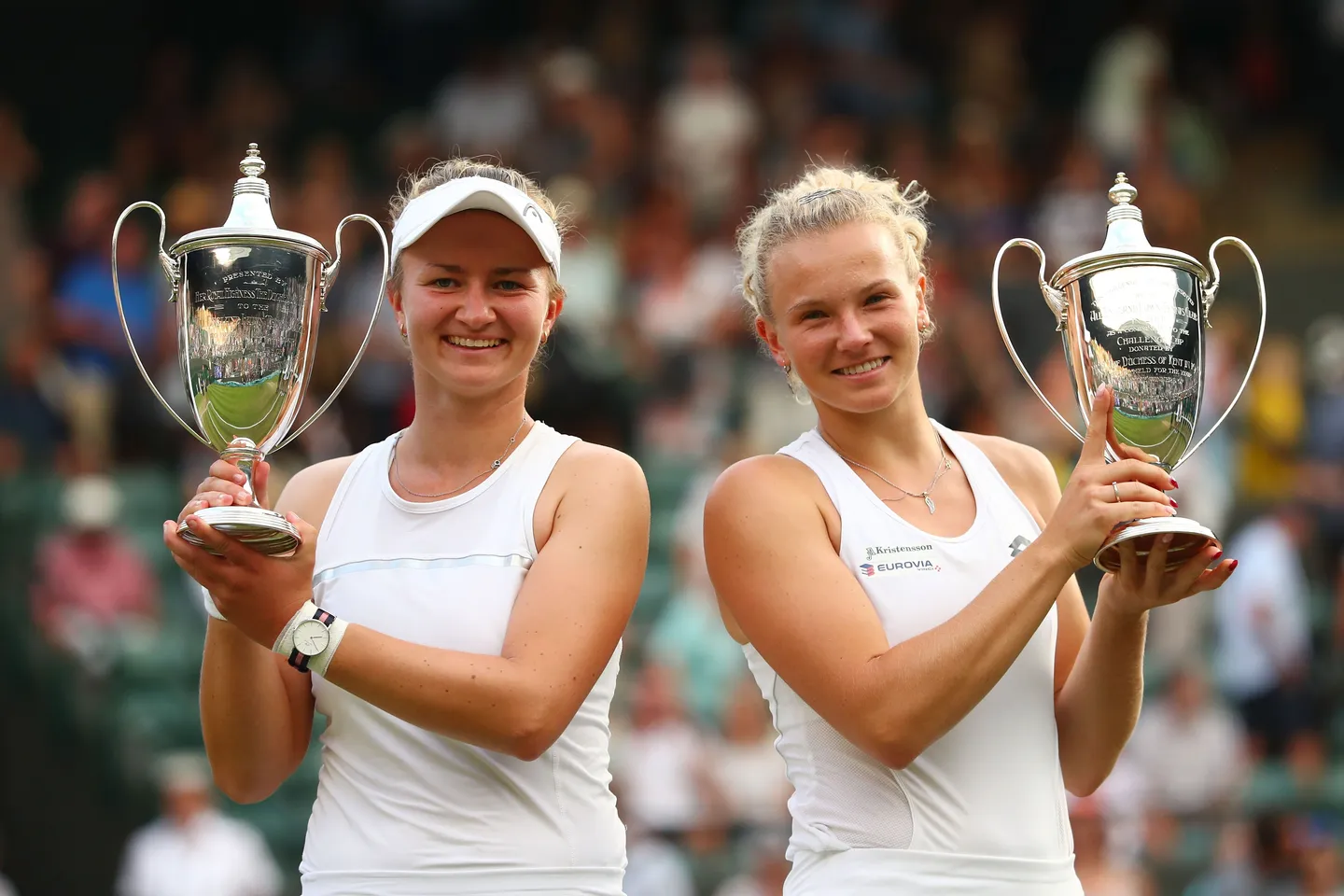 Second seeds Krejcikova and Siniakova, the 2018 champions, won 6-2 6-4. It is their fifth major doubles title as a team and their second of 2022 after their Australian Open success.

Krejcikova and Siniakova dominated in the first women’s doubles final to feature the top two seeded pairs at the All England Club since 2015. An early break of serve was consolidated to establish a 3-0 lead and the two-time French Open winners struck again in the eighth game to take the first set.

The second set proved a tougher challenge after Belgian Mertens, the 2021 champion alongside Hsieh Su-Wei, and China’s Zhang broke to love for a 4-3 lead. But the Czech duo responded immediately and sealed victory in style as they first held serve to love before clinching the title on their opponents’ serve with an eighth successive point. 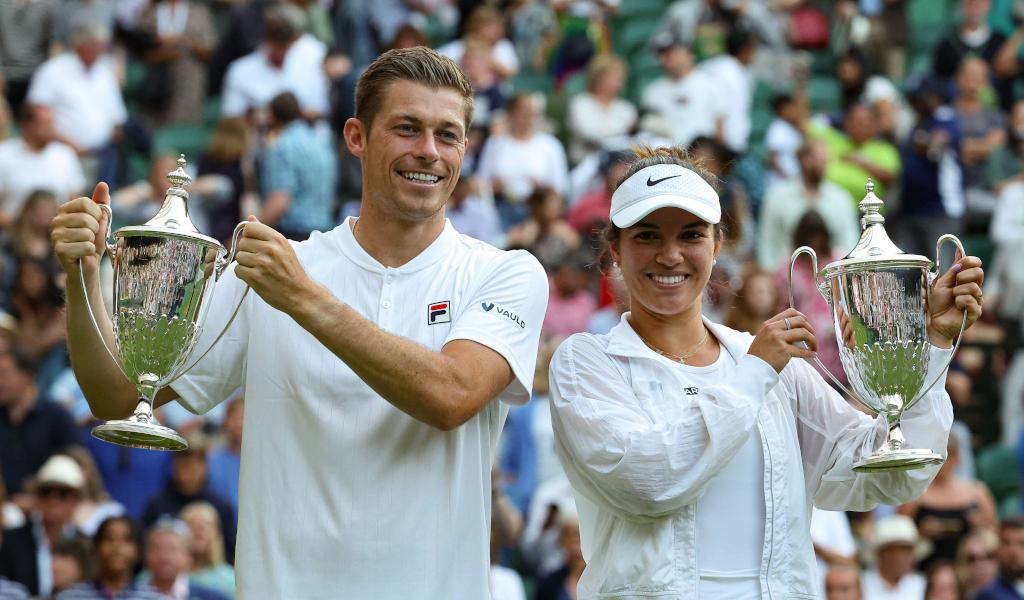 Skupski and Krawczyk edged a tight opening set before dominating the second to win 6-4 6-3 on Centre Court. They are the first pair to defend the title since Czech brother and sister Cyril Suk and Helena Sukova in 1997. They beat Britons Harriet Dart and Joe Salisbury in 2021’s final.

The mixed doubles final has traditionally closed out the tournament on a Sunday evening but was moved forward three days for this year’s edition. It is unlikely the schedulers thought the switch would cause one player to spend almost six hours on court in a single day but that is how things panned out for Ebden.

After playing for four hours and 20 minutes in the men’s doubles semi, he was granted a 90-minute rest before taking to Centre Court for the mixed final at 19:00 BST. A gruelling 17-minute game in the opening set did not help Ebden’s cause, especially as Skupski and Krawczyk survived two break points and 10 deuces to hold serve.

By contrast, Ebden and Stosur, the 2011 US Open women’s singles champion, held to love three times, only to be broken at 5-4 down as the second seeds picked the perfect time to strike. Both pairs traded breaks in the second set before an Ebden foot fault contributed to a break to love that proved crucial as Skupski and Krawczyk served the match out.