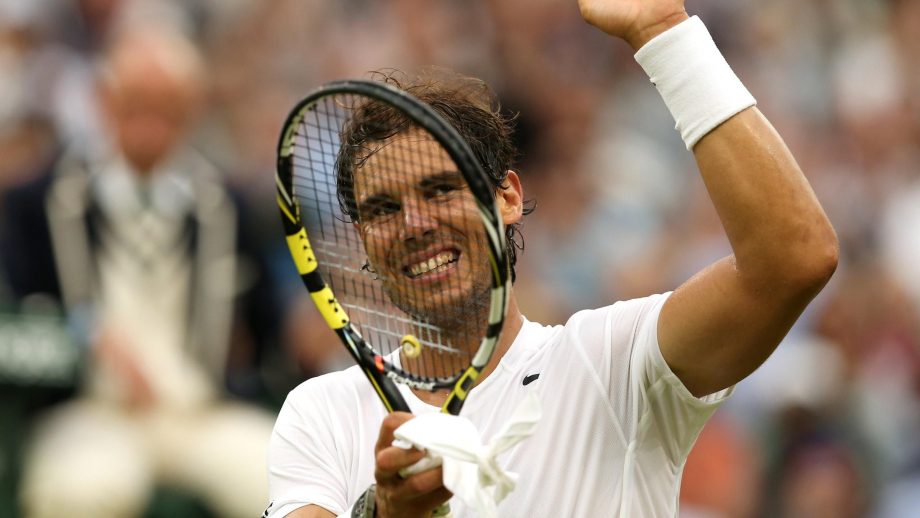 Rafael Nadal laughs during the match

The Australian Open, one of the Grand Slam tournaments (by the way, the first of the year), started on February 8. The competitors will fight it out until the 22nd to be crowned “Australian Open-2021 champion” with a more than $61 million prize fund.

Rafael Nadal, the Australian Open-2009 winner, is from year to year here. No. 2 seeded this year, the Spaniard had an incident on hard courts in Melbourne.

He got the middle finger from the stands

Our one of the greatest and most respected men in the sport only had to reach the second round. He defeated American Michael Mmoh – probably the only tennis player who is more impressive than the Spaniard in a sleeveless shirt. It was there that the following events occurred to him.

It was 11 pm in Melbourne. Rafa was winning confidently and was already serving for the second set. Just as Nadal missed his first serve and started to prepare for the second, some woman in the stands shouted:

The stadium immediately went into a dumbfounded murmur. Nadal, being as shocked as the audience, asked,

More than one swear word was heard on her part, which we probably won’t even mention.

The umpire Fergus Murphy had to intervene. However, when he asked the lady not to shout, she gave the Spaniard the middle finger. It was so ridiculous that Rafa didn’t even realise it was for him. And when he did, he started laughing.

The stadium was buzzing with displeasure, and the Spaniard’s fans sitting around the noisy woman couldn’t believe he could be treated this way. He is a legendary athlete, and even if you don’t like him, you can at least show some respect.

If the spectator wanted to interfere with Nadal, she failed. On the contrary, because the break between the two serves dragged on, the referee let the Spaniard serve the first ball – and he laid down the ace.

With the score at 30-0, the lady continued shouting and waving her fingers. That’s why security began to make its way towards her. Nadal was nonchalant in response: he gave her the thumbs-up and laughed some more. Great composure.

After this, she was finally led out and once again waved her middle finger – this time directed not only to Rafa but to the whole stadium.

After such an unusual match, Nadal was, of course, given a short interview to share his impressions of the situation. When asked if he knew the lady, he continued to laugh and replied:

The stadium erupted in applause at that moment.

And at a press conference a little later, Rafa responded with a slightly more expansive response.

“She drank too much gin or tequila. It was weird but funny. Of course, I was surprised to be shown the middle finger, but I thought to myself: “Poor thing, she must be really drunk.”

Nadal is known to be focused on the game and not distracted by what’s going on around him. He probably hasn’t laughed like that during an official match since the Australian Open 2010. At the time, they shouted from the stands,

and Rafa even tried to hold back. But in the end, he laughed anyway.

Of course, not everyone has such brilliant composure as the Spaniard. The most logical solution in such situations is either not to react or make a joke and laugh, precisely what world No.2 has done today. We can only wish Rafa strength and patience and the rest of us to be respectful to each other under all circumstances.