Step by step: Rutuja Bhosale returned into a big tennis 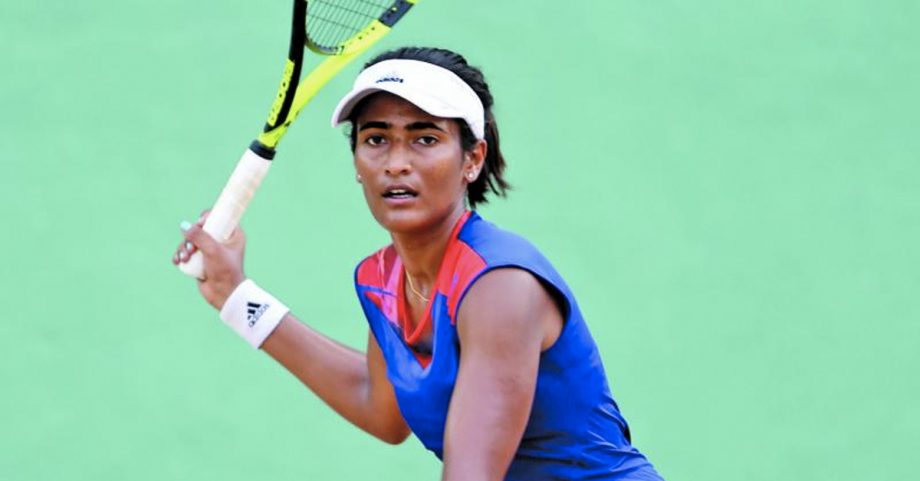 Rutuja Bhosale shared her thoughts about a comeback to competitive tennis.

When you are on the lower rungs of the international grid, it can get tedious and boring. Therefore, the competitive schedule of such athletes is an eternal search for cheap flights, for any tournaments and games. Even players who have already arrived at the place of the future tournament are forced to rush between apartments and courts, rest and practice.

However, these days during the coronavirus pandemic wave, Bhosale is more relaxed.

Today, the athlete is resting in the Egyptian seaside town of Sharm el-Sheikh. During a break between workouts, she searches for local attractions and goes to the beach to relax. In addition, Bhosale won an ITF $ 15,000 last week. This was her first ITF title in over three years.

More recently, the 24-year-old player admitted that she feels exhausted. Today, in contrast, she is India’s third largest female single in the WR 45 ranking. She also talked about trying to take a fresh look at everything that happened nowadays.

“I’m feeling fresher. I’m starting from scratch again. I’m going into this tournament with no expectations. I’m at a period where I don’t have to defend any points. I have to start from the first steps,”

As mentioned above, she didn’t feel so fresh and ready for the season almost a year ago. During her fight with health problems due to sport injuries, even getting through the early rounds for her was a challenge. At this moment, she didn’t feel that it’s realistic to go further like this.

After returning home, she had the same conversation with her dad. On his question about her main reason for playing tennis she didn’t get the right answer. Further, it took three more days for her. At first, she thought that she was just good at it.

“But that was not the main reason, and I knew it,”

And only a few days later, she understood that she was in love with tennis.

“I loved being on courts, competing and facing challenges every day”.

Bhosalel has long been one of the most promising junior tennis players in India in the 10s. Bhosale also won the Asian Youth Championship in Chennai while simultaneously starting her professional career at the age of 15. These achievements helped her get a scholarship to the University of Texas, where she played student tennis for nearly five years.

The full lockdown due to COVID has helped her recover after injury by giving her time to heal and unwind.

“I took the quarantine as an injury break. I’ve had problems with my wrist and hip flexors too. The three months of the lockdown were when I got some of my best training. I was proud that I could push my limits even in push-ups and pull-ups. And all of that will help me for next year.”

Because of the coronavirus, Bhosale will have to look hard for any tournaments. There’s not a wide range of tournaments since they’ve been cancelled or stringent quarantine requirements were held for Indians to travel.

For now, Bhosale will do everything she can in Egypt. She will compete twice more in Sharm El Sheikh.

“I’m not sure what my calendar will look like, but hopefully my shoulder stays injury-free. If I play and train regularly, I’m optimistic that I can make the top 250 by the middle of next year,”

The next great ambition is her first Grand Slam, but now she recovers and enjoys her life.

“Right now, I’m just happy doing something that I love. I’m taking each day as it comes.”