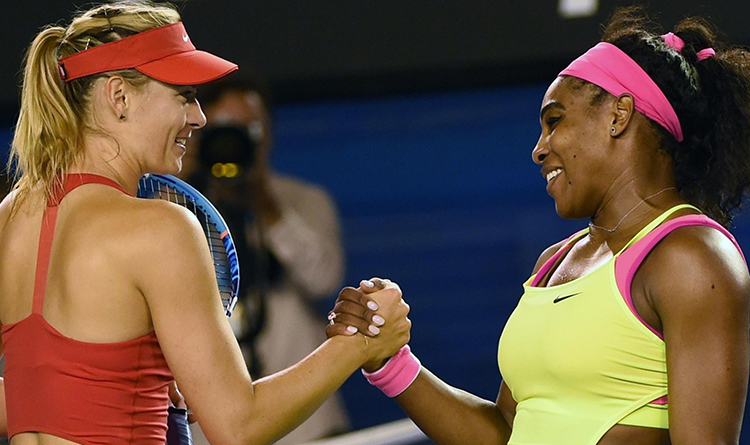 The first racket of the world, Serena Williams, in an interview with Rolling Stone, spoke negatively about one of the top five players in the world who is experiencing a complicated love story, diplomatically not giving her name.

“She likes to begin each interview with the phrase:” I’m happy, I’m so lucky … ” It’s so dull. Even now, she is unlikely to be invited to a party. And if she wants to be with a guy with a black heart, then flag in her hands, “

Stephen Rodrik, as the author, confidently suggested, it was about Maria Sharapova, who is currently dating the Bulgarian tennis player Grigor Dimitrov. According to rumours, earlier, this man had a love relationship with Serena.

However, it is possible that not only close relationships could become the cause of Serena’s discontent. Here is what the Rodrik writes at his article:

“Here are some facts. Serena is the first racket in the world. Maria Sharapova is number two. Sharapova is beautiful, blonde and tall, that is why she has much more advertising contracts than Serena, who is dark-skinned, beautiful and built like that very truck. “The monster who wrecks Volkswagens in sport. Sharapova hasn’t beaten Serena in the last nine years. Think about it.”

Indeed, in 16 meetings, the Russian woman celebrated success only twice – she won in 2004. Since 2010, she has won only one set against Serena Williams. The last time Maria lost to Serena was less than two weeks ago in the Roland Garros, and after the final, she made fun of the powerful complexion of her principal rival.

Perhaps that is why Sharapova, who has incomparably more advertising contracts and has got the former passion of Serena, causes so much rage in the American when they meet on the court.

Maria Sharapova reacted to the scandalous interview with Serena Williams and advised the famous athlete not to invade the privacy of others and take care of herself.

At a press conference at the start of the Wimbledon tournament, Sharapova spoke quite harshly. “I was sorry to hear this interview. Of course, I have infinite respect for Serena Williams, as well as her achievements in tennis. But if she wants to talk about personal matters, then why not tell her about her relationship with her boyfriend, who was married, has children and who divorced for her sake? – quotes the words of Sharapova Reuters.

Last year, there were rumours about Serena’s relationship with Dimitrov, but then the player began an affair with French coach Patrick Muratoglu, who for this reason left the family.