Sania Mirza made an impression at the 2005 Grand Slam tournaments 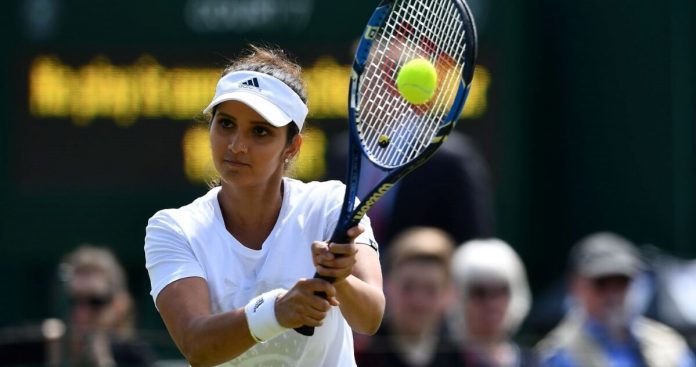 The Indian tennis player surprised the world at the Grand Slam tournament and won her first WTA title in 2005.

Sania Mirza is a former world number one doubles ranking in Indian sports. The girl has been playing tennis since she was six. She played her first ITF tournament in 2001, and the next year she won three ITF tournaments in singles and one in doubles.

Sania has taken women’s tennis in India to the next level with consistent and robust performance over the past 15 years. Moreover, she became the first tennis player from India to manage to take the first place in the world after taking a position in the WTA doubles rankings in 2015.

The early years of the game have left their mark in the singles category. In these matches, Mirza frustrated the best players and gained popularity as one of the brightest talents, which is rare for Indians.

In the 2005 Australian Open, she defeated Cindy Watson and Petra Mandula in Melbourne to advance to round three where she was able to play against Serena Williams. Despite the loss, Mirza advanced to the top league.

A month later, the girl won her first WTA title, Hyderabad Open. Thus, she became the first Indian woman to do so.

After these matches, she successfully performed at the Dubai Tennis Championship, where she advanced to the quarterfinals. There she beat Elena Kostanich Tosic in three sets after losing the first. However, her best result was in the next round when she beat reigning US Open champion Svetlana Kuznetsova.

This match was the first demonstrative situation that showed that Mirza is ready to overcome injuries. With a score of 0-4 in the first set and with an ankle injury, she showed her strong character, winning six games in a row and winning the first set 6-4. Without looking back, she won the second set 6-2, thus earning a major victory.

“My ankle was killing me. his has happened for the third time in the past three weeks. I really cried because it hurt so much. But I took the pain reliever, and I think it took me a couple of games to get used to the taping, and the pain relievers started working 15 or 20 minutes after that,”

Mirza said after the match.

In the last Major of the year, Mirza didn’t beat Car Washington and Maria Camerin in the first two rounds before making history with a straight-set win over French Marion Bartoli.

After Mirza finished the year with another brilliant performance at the Japan Open, there she reached the semifinals, defeating Vilmari Kastelvi, Aiko Nakamura and Vera Zvonareva.

Her results, work and steady performance were rewarded. Mirza was named WTA Rookie of the Year in 2005, finishing 31st at the end of the year. In 2005, Saniya Mirza gave India hope that the country would have such a promising player who regularly participates in Grand Slam tournaments.

Although Mirza’s singles future was ruined by injury, the athlete continued to deliver on her promise in doubles, winning several titles.

The story of Saniya Mirza, one of India’s greatest athletes, is a source of inspiration for every athlete. In retrospect, 2005 solidified its place among the tennis elite.