Sabalenka became the first racket of the world in doubles, and her partner Mertens – the second 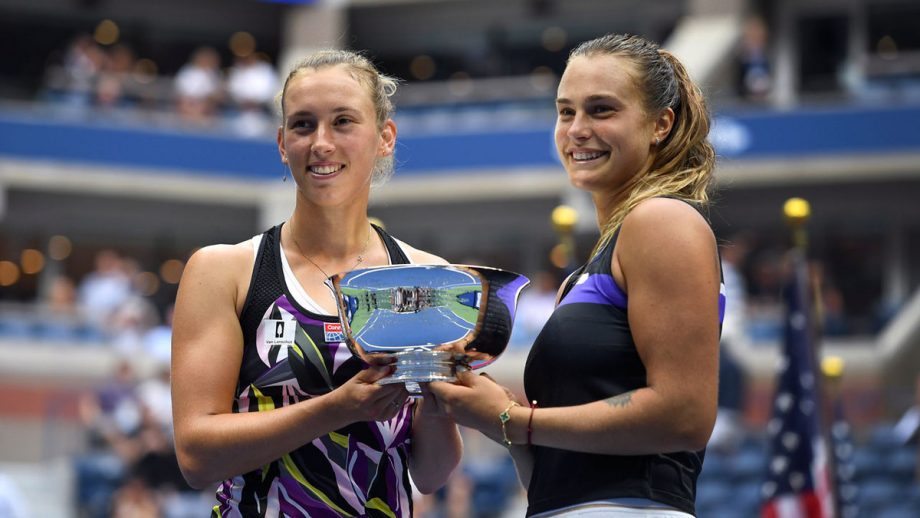 Yesterday ended one of the four Grand Slam tournaments – Australian Open-2021, which was held on the open hard courts of Melbourne’s city. In addition to the singles’ main draw, where 128 participants took part, 64 doubles participants also fought for a similar title. The finalists played at least five matches each to be able to win the champion of the Grand Slam tournament title in doubles and receive prizes for more than $60 million.

In the women’s doubles final, Belarusian Arina Sabalenka paired with Belgian tennis player Elise Mertens against the Czech pair Krejcikova/Siniakova. As already known, the match ended in favor of the Sabalenka/Mertens pair with a score of 6:2, 6:3.

Arina Sabalenka, the champion of the Australian Open-2021 in doubles, became the first world racket in doubles for the first time yesterday – she headed the individual ranking of WTA doubles players, rising from fifth place and moving Hsieh Su-Wei from the top.

It’s also worth noting that Sobolenko’s partner Elise Mertens, with whom they won in Melbourne, became the second.

We recall that together Sabalenka and Mertens won five titles, including two Grand Slams – this year’s Australian Open and US Open-2019 and the Sunny Double – tournaments in Indian Wells and Miami in the same season of 2019. Australian Open-2021 was their last joint Slam.

We can only congratulate the girls and wish them further success in both doubles and singles.