Rublev: “I want to learn to control my emotions under pressure. That’s what the top players are all about” 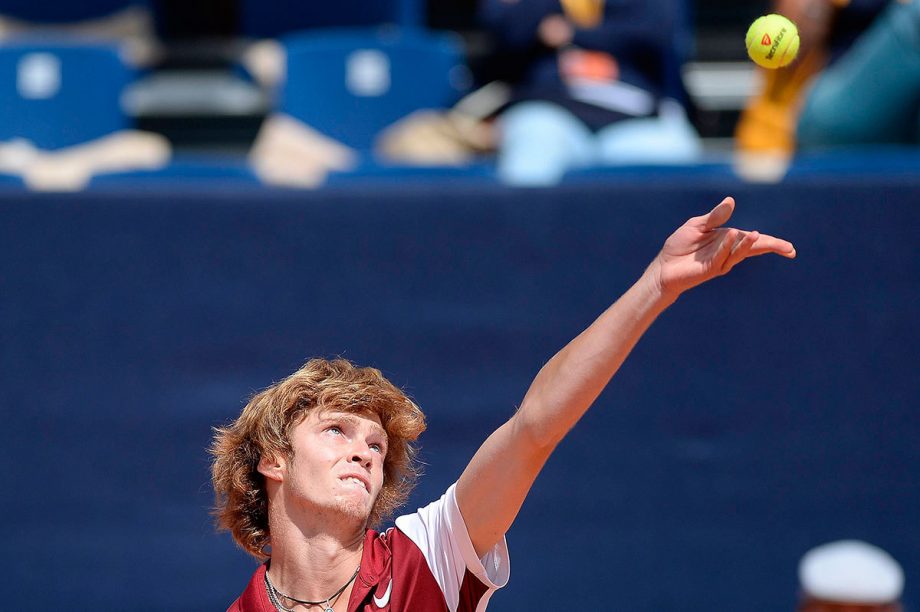 Andrei Rublev serves for the match in Miami

As you already know, five days ago, one of the most influential American tournaments ended – the Miami Open, which was held on the open hard courts of Miami, the USA, from March 23 to April 4. For the women, this tournament was announced under the WTA 1000 category, while for the men, it was the ATP Masters 1000. However, the winner of both the women’s and men’s events received not only 1,000 ranking points but also took a prize fund of more than $3 million.

Andrei Rublev, the world’s eighth-ranked player and winner of 10 ATP tournaments, shared his impressions of his performance at the Florida Masters in a short interview after one of his matches in Miami.

“The tournament as a whole, I think, is great. I played the semifinals of the Masters, and in general, I’ve been performing all year consistently. I lost the semifinals because I was too emotional; I couldn’t handle it. I couldn’t handle the pressure, and I felt I had a big chance to win the tournament. I was close to winning, but when things didn’t go my way, everything went in a negative direction,”

He also explained what he has to work on ahead of the clay season. In training, Andrei pays attention to absolutely all elements – defense, attack, stability. Now, in his opinion, the most important thing is to learn to control his emotions under pressure in all the crucial moments.

“If I want to reach another level, I have to learn how to do it. Top players are just that different. They do it many times better than others,”