Roger Federer: the formation of a legend 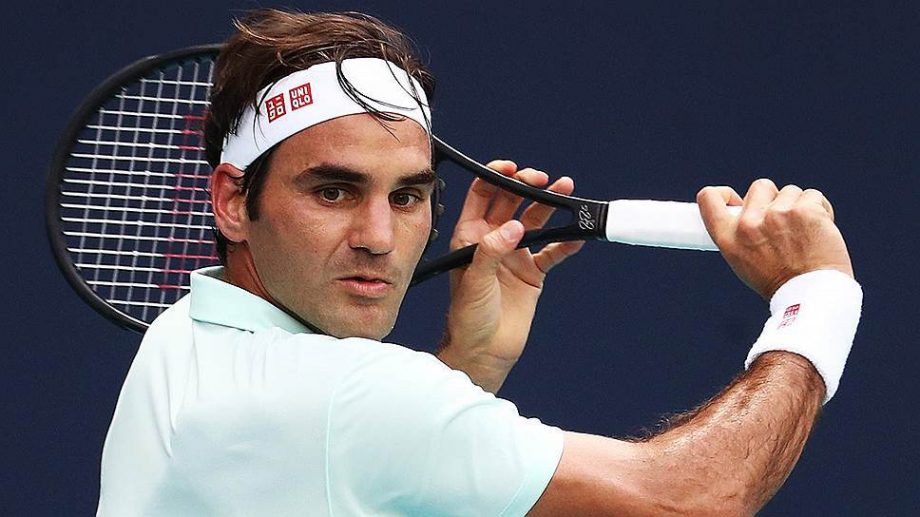 In 1998, to help Peter Carter, the Swiss Tennis Federation for the most promising player signed a contract with one of the best fitness specialists in the ATP tour, the Frenchman Paul Dorochenko, which gave a noticeable result in the professional growth of the young Swiss.

Then, in April, he celebrated his victory at the international tournament in Florence, where he beat the Italian Filippo Volandri (7: 6; 6: 3) in the final, paired with the Japanese Jun Kato reached the final. In a series of other tournaments in Italy, Belgium and England, his best result is a semi-final in the Italian Junior Championships, and a doubles win in the LTA International Junior Championships. This is followed by a triumph at the junior Wimbledon in singles and doubles. In the final, he won (6: 4; 6: 4) against the Georgian Irakli Labadze.

Peter Carter, who was accompanying Federer, commented on his play:

“Roger played with the concentration of a professional. Now he only has to improve in the game from the air.”

On July 5, Federer was invited to the “Dinner of Champions” held at the London hotel “Savoy”, and on the 6th, the ATP tournament began on clay courts “Suisse Open Gstaad” in the highland Gstaad (Bernese Alps), for which his organizers gave his fellow countryman wild -card. Carter convinced his ward not to stay at the gala reception, but to try his hand at professional tennis players.

The debut was unsuccessful. In the first round, Roger could not beat (4: 6; 4: 6) Argentine Lucas Arnold Keru (88 in the ATP rating). Like many other juniors starting the career in professional tennis, he played in both the youths and the low levels of the ATP tournament.

The following tournaments were also held at home, first in the town of Klosters-Serneus. The rising Swiss star lost the semi-finals to the Spaniard Feliciano Lopez in the “European Juniors Closed Championship”. At the end of August, he was also given a wild card in the Challenger in Geneva and again a defeat (4: 6; 6: 7) in the 1st round from the Bulgarian Orlin Stanoytchev.

These fiascoes helped Federer to understand that in professional tennis he is not opposed by the same youths as he, with whom you can relax during the match, but by experienced tournament fighters, for whom every game won is a monetary reward. And it was good. In September, at the Adidas Open in Toulouse (France), the Swiss completed three qualifying rounds, and in the main draw, he outplayed French Guillaume Rau (45) and Australian Richard Fromberg (43). In the quarterfinals, he lost (6: 7 (5); 2: 6) to the future winner of the tournament Dutchman Jan Siemerink.

In October, he was included in the main draw of the popular Davidoff Swiss Indoors tournament in Basel as a wild card player. Roger was familiar with this tournament. At one time, Lynette’s mother was closely involved in his organization, and in 1993 he also performed the duties of a ball boy.

Unfortunately, the draw immediately brought him to the second-seeded Andre Agassi (at that time 8th in the ranking). It was his first match against a Top 10 player. America’s top star won 6-3; 6: 2 and reached the final, which drowned out the Englishman Tim Henman. At the post-match press conference, Agassi was sceptical about the future of the young Swiss.

After Basel Federer decided to seek motivation in Küblis for the first tournament in the Swiss qualifying series, in the 1st round, he faced a low-rated Swiss, Armando Brunold. In the first set, I lost in a tie-break. At the beginning of the second round, he lost his nerves, he began to hit the balls without zeal, swearing at everyone and everything and for the most part missing. He also made several apathetic double mistakes. The referee of the tournament, Claudio Greater, drew attention to this. As a result, the rising Swiss star was fined $ 100 for not wanting to do his best, as the Tennis Player’s Code of Conduct requires.

The next day, the Swiss daily Blick newspaper criticized and mocked his behaviour. And yet he and his friend Yves Allegro won the doubles in Küblis, then won the next singles tournament and reached the final of the last match, becoming the first in the standings after four weeks.

Federer’s goal this year was to end the season as a world junior champion, and for this, it was necessary to successfully perform in the three remaining junior tournaments held in the United States. It all started not so well: he lost in the 3rd round of the Eddie Herr International Junior Tennis Championships in Bradenton to the Frenchman Eric Prodon. However, he then won two matches at the Sunshine Cup team tournament in Key Biscayne, Miami (in the first match he played against Juan Carlos Ferrero, another junior who beat Federer on his way to the top) and the last tournament was the Orange Bowl in the same Key Biscayne – the most prestigious junior tournament, after four Grand Slam tournaments. 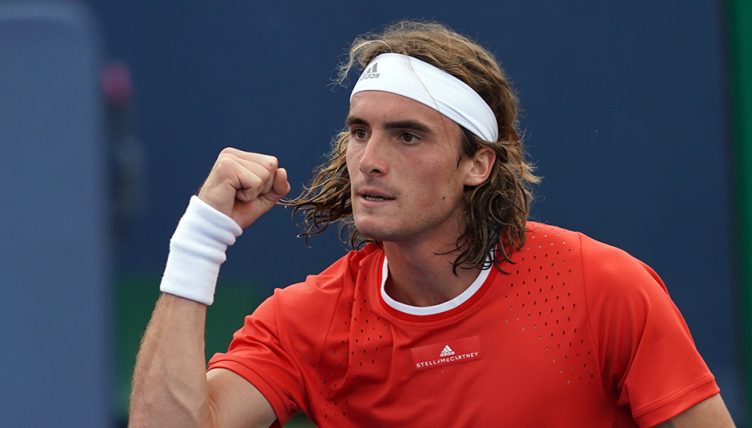 On this American trip, Federer did something that shocked his parents and many others who knew him: he dyed his hair blonde. After passing the preliminary rounds, Argentines David Nalbandian and Guillermo Coria were defeated in the semi-finals and final (7: 5; 6: 3). Moreover, before the quarterfinals, his pampering in training ended with a dislocated ankle, and the mischievous laggard had to play matches, overcoming the pain in a tight bandage. The winner of the “Orange Bowl”, which means “Orange Bowl”, is rewarded with a glass salad bowl with oranges. The prize is symbolic, and the title is significant. After this victory, Roger became a leader in the world ranking of juniors.

At the end of the season, Roger signs a contract with IMG, the largest sports management agency, and refuses commercial cooperation with Swiss Tennis (Shaizar Tennis Association). The captain of the Davis Cup national team, Claudio Medzadri, included Roger in the team and on April 2 he first came out on the court to defend the national colours (1st circle of the “World Group”) against the Italian team in Neuchâtel (Switzerland). David Sanguinetti (ranked 48) with a score of 6: 4; 6: 7 (3); 6: 3; 6: 4. For the young Swiss, this match was the first in a five-set format. The second match (irrelevant, because after the first two days the score was 3: 0 in favour of Switzerland) he lost (4: 6; 6: 7 (4)) to Gianluca Pozzi (69).

On May 25, Federer made his debut at Roland Garros as a wald card player. In the first round, the draw brought him to the two-time US Open champion Patrick Rafter (3). The first set for Roger – 7: 5. The 26-year-old Australian got angry that he was being played by “some youth” and, according to Rafter, decided to “kick his ass.” In the second set, he made an early break, and his young counterpart “psychologically broke down”. The result was a crushing score: 5: 7; 6: 3; 6: 0; 6: 2.

When asked at the press conference what he lacks to win over players like Rafter, he replied,

“I just need time to mature.”

“This boy impressed me a lot. If he works hard and is professional, he can become a top-class tennis player,”

Patrick, in turn, described his young rival to journalists as follows

And finally, Wimbledon, which has the brightest memories of last year’s junior performance. In the senior opening, Federer gets into the main draw also thanks to the wild card and meets in the first round with 24-year-old Czech Jiri Novak. The first half of the match is for Roger – he leads 2: 1, but then he did not have enough experience. It was the first time Federer played a 5-set match. In the fifth set, he missed eight breakpoints. As a result: 3: 6; 6: 3; 6: 4; 3: 6; 4: 6.

Here he teamed up with Lleyton Hewitt. The youth won two matches and in 1/16 could not resist (6: 7 (1); 7: 5; 6: 3; 6: 7 (3); 4: 6) to the champions of the “Australian Open-1999” and the third pair in world ranking Patrick Rafter and Swede Jonas Bjorkman. At the end of this gruelling match, Federer and Bjorkman were seized with cramps, and Rafter could hardly move, since an hour and a half before the game he finished the most challenging match with Boris Becker. In the future, the winners did not meet such resistance and reached the final.

Federer was confident that he would perform well in the oldest and most prestigious tennis tournament, but offensive “misfires” in the decisive sets in singles and doubles negatively affected the young player. He lost confidence in himself and the summer tournaments: in Gstaad (Switzerland), Segovia (Spain), Washington and Long Island (USA), he was frankly weak. And in qualifying for the “US Open” he lost (6: 7; 2: 6) to a player from the third hundred – compatriot Ivo Heuberger.

For the 2000 season, Roger was rewarded with $ 624,000 for his performances in the ATR tour and took the 30th place in the rating. But if they compared him with five months older Lleyton Hewitt, the latter entered the Top 10 in mid-May, finished the year 7th and since the beginning of his professional career had already six titles (4 in 2000). In addition to the lack of titles, the Swiss have not yet acquired the stability of performances and physical endurance, which will become characteristic of him soon. Statistics for 2000 are as follows: out of 26 played tournaments, Federer lost 14 in the first round and 5 in the second.

We should note that the 2001 season was the beginning of the decline of the titled American. He made it to the final (Indian Wells) only once before Wimbledon. His liability includes a defeat in the second round at Roland Garros and four defeats in the first matches in other tournaments. As a result, it slipped from the 1st position of the rating to the 6th. 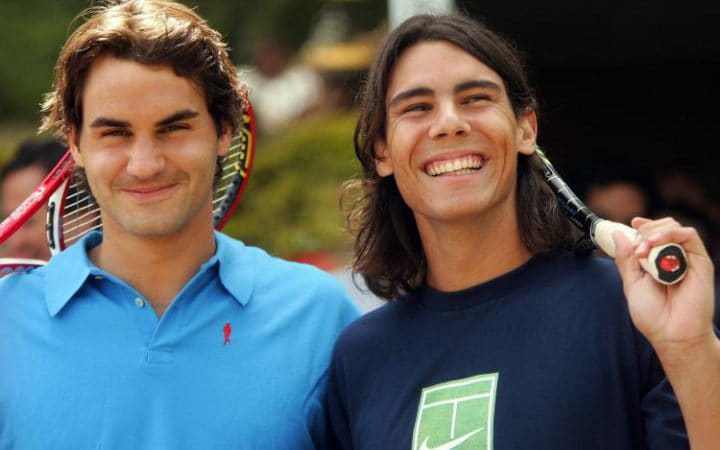 The rising star was also in a fighting mood:

“I’m not going to play to win a set or save face. I will play to win.”

Before the immediate start of the match Federer:

“I was nervous, my hands were cold and sweaty, but as soon as the game started I stopped thinking with whom I was playing and everything went as if it were automatic”.

The Swiss played unusually for himself. Often, after the first and even the second serve, he went to the net. And the flying strikes were very successful. The game was played with varying degrees of success. Roger won odd sets, and Pete compared the score during the match.

But Roger was unstoppable that evening, and after 3 hours 41 minutes, he finished the game with a spectacular forehand to take off when receiving a serve. Swedish referee Mohamed Liani announces:

The audience and  Prince Edward Duke of Kent – President of the All England Lawn Tennis and Croquet Club, was standing ovation to the winner. He, in turn, greets the audience, but emotions overwhelm him, he cries. Cries with joy, because he outplayed not only the superstar, he outplayed the player who was and remained his idol.

Despite the achievements of Roger Federer during his childhood and adolescence, first of all, he was remembered by fans and connoisseurs of tennis, who followed his beginning career as a “rocket thrower” and open expression of dissatisfaction with some decisions of the judges. Like many other young players, including modern ones, he believed that after a surge of emotion, his game would improve and bring a victorious result.

Many experts began to say that the Swiss were exhausted and unable to progress. Some believed that his game even got worse. However, Roger did not agree with these judgments and dispelled all doubts, starting in 2003. The brilliantly held Wimbledon 2003 tournament, seven victories in 9 finals of the ATP Tour tournaments, the title of champion in the ATP Final tournament and the second place in the world rankings forced the sceptics to end the gossip. 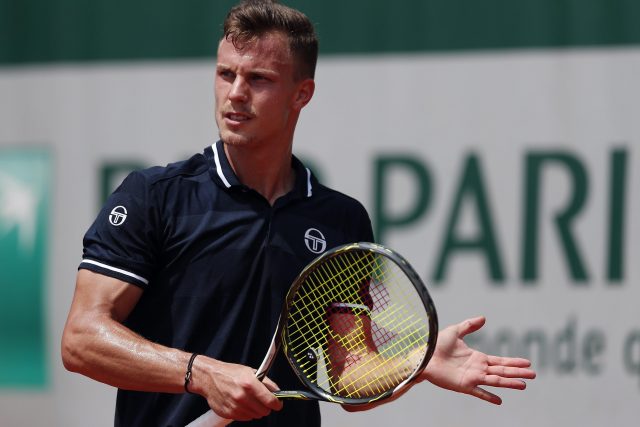