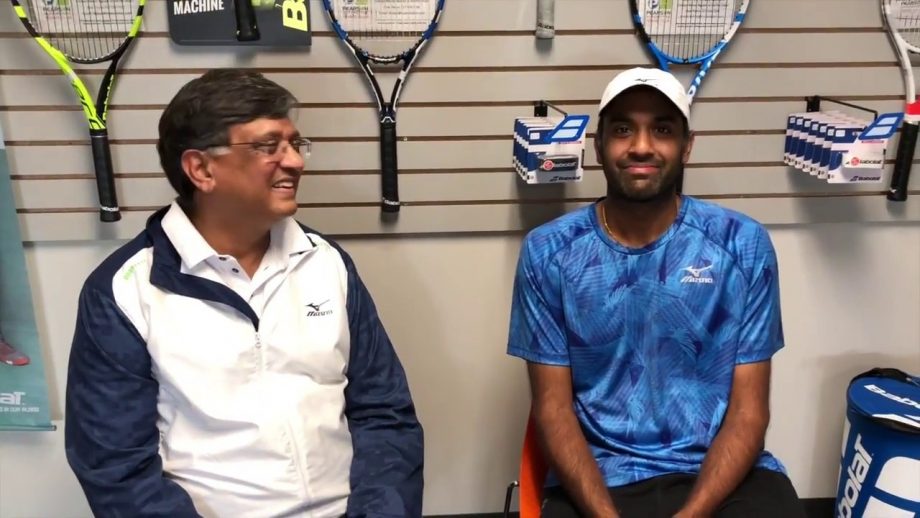 Noah Rubin created the project known as “Behind The Racquet” in order to encourage ATP and WTA players to share their stories, thoughts and deep feelings, as well as life situations these elite players had to go through.

So here is the story of family loss shared by Rajeev Ram. Furthermore, It is the first time he speaks publicly and about the passing of his father, Raghav Ram, after a fight with pancreatic cancer.

“Behind The Racquet” published his story on the official Facebook page:

“My father passed away in April of 2019. In 2018, he was diagnosed with pancreatic cancer. I found out this when I got home from the Australian Open.”

Rajeev Ram also described how his father tried to get through this horrible moment:

“Chemotherapy is one of the worst things you can see somebody go through. It is almost worse than the disease itself, especially with pancreatic cancer, since the survival rate is so low. You have to decide if you want to go through treatment or just live as well as possible for as long as you have to live”.

Let’s get a more in-depth look into Rajeev Ram’s life.

At Carmel High School, the boy played tennis and earned All-State honours, therefore became the state singles champion. Furthermore, Ram earned a scholarship in both 1998 and 1999.

In 2001, the tennis player earned a wild card entry into the Juniors’ Open Cup and participated in all of the Grand Slam junior tournaments. Partnered with another athlete Brian Baker at the 2002 Wimbledon, he was the runner-up in junior doubles.

The same year Raghav deliberately did not enrol at the University of Illinois to play professional tennis as an amateur on the pro circuit.

Rajeev Ram has an estimated net worth of approximately $4 million. This money the player earned during his professional tennis career. Overall, Rajeev has won 19 ATP doubles titles, two ATP singles titles, and has received $5,184,366 in prize money from the tournaments.

Although Ram spent a lot of time on the road, he considered Indy home base. Bryan Smith, the one who began working with Ram when he was at Carmel High, was still his coach. Today, Ram’s charitable foundation is based in Indy. It is known as “EntouRaj for Kids “. The foundation promotes the development of young tennis players by funding sports grants, college scholarships and programs that teach young athletes what it takes to have a winning attitude in tennis and life. This charity organisation holds a fundraising event each year, a tennis exhibition that brings to town some of the ATP Tour best and brightest—starting with Andy Roddick (the last truly great American tennis player) ending with Bob and Mike Bryan, the best doubles team of all time.

“Ram is one of these guys everyone likes and respects,”

Ram noted that he is a famous player in Indianapolis’s sizeable Indian community.

“On my bag, I have my name with both an American and Indian flags on the back as I feel like it’s not who I represent, but it’s certainly part of me, you know, it’s part of who I am, my heritage. I’m certainly proud of it,”

Rajeev Ram won the 2019 Australian Open mixed-doubles with Barbora Krejčíková. Later, the 2020 Australian Open men’s doubles with Joe Salisbury. Moreover, he won the silver medal at the 2016 Olympics in the mixed doubles draw and reached the final of the U.S. Open doubles in the same year.

Writing for “Behind The Racquet”, he explained his desire to achieve such results:

“Now I am motivated because everything I do is in his memory”.

You can read Rajeev Ram’s full story on “Behind The Racquet” social media accounts, and on the BtR website (only for subscribers).

Going back to 2018, Raghav with his son, talked about parenting young, promising athletes. The video was published to the USTA Midwest YouTube channel:

Ram also shared a story that he shared with his alma mater’s student media source of record (the Daily Illini) about playing tennis after COVID-19 breakdown.

Almost a year we live with the COVID-19 pandemic. Few months ago people believed things were going better, and our life returned to normal. However, it seems the new wave is going, and all plans will soon be broken. After pausing for all these months, sports are one of the many spheres of life that have been impacted by the pandemic, though many protocols have been developed to ensure a sooner and safer return. Tennis is one of many sports significantly affected by the coronavirus. So, Rajeev Ram has first-hand experience with these changes.

Rajeev Ram, a former NCAA champion and Olympic silver medalist, has competed in seven tournaments since his return, such as World TeamTennis (WTT), the U.S. Open as well as the French Open.

World TeamTennis is a team competition similar to collegiate tennis. At this tournament, teams square off head-to-head and swell points if they win singles or double matches.

Despite such a huge mess caused by coronavirus across the world, WTT never considered cancelling its event. However, the founders of the tournament made vast adjustments in order to hold the competition safely, Ram said in the article.

“They never actually cancelled Team Tennis. Normally, you travel around to these places like Chicago; we would travel to D.C. and then maybe New York and they would come to us; it’s a kind of home and away matches, much more like a regular sports league, I guess. And then, they figured out they could hold it in just one place known as The Greenbrier in West Virginia.”

Furthermore, every venue now has different testing protocols, so all tournaments and events force players to test immediately after arriving, and then quarantine until they get their result and test every four days. Once they receive negative results, competitors are allowed to go to the courts.

Ram also spoke about other countries and their difference in pandemic safety rules. Some events allow fans to attend courts while practising social distancing and wearing masks which is essential. For instance, The French Open in Paris, and the Vienna Open in Vienna alike allow up to 1,000 fans on the central court each day. 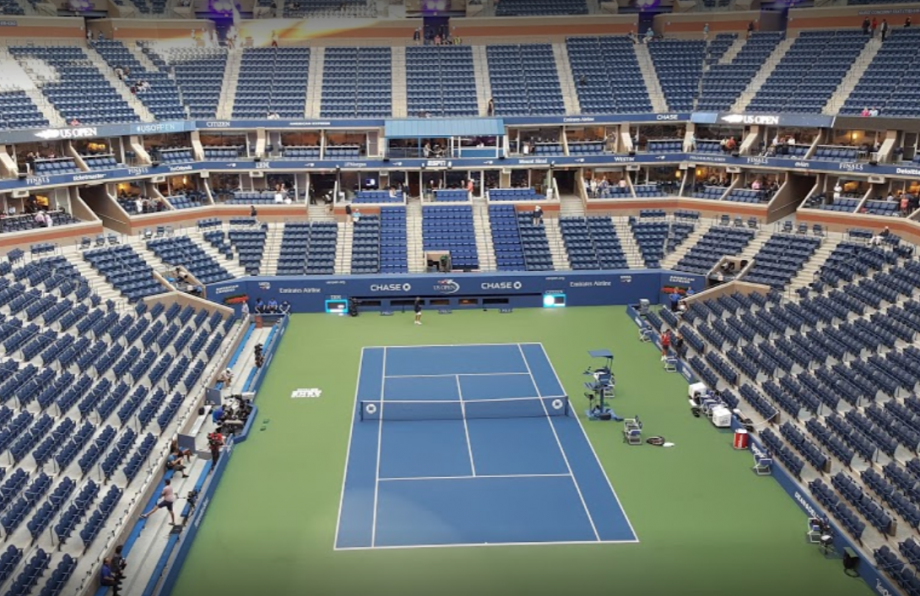 Despite not having many fans in the competition, Ram admitted that he doesn’t have problems with the atmosphere. This is mainly due to his experience playing on empty stadiums earlier in his career. Though only approximately 1,000 fans are allowed to attend some events, it is still a real pleasure for Ram to have people watching him compete.

“It’s obviously a different feeling; there’s no way it’s gonna be the same as when there are 20,000 fans or whatever is usual for these tournaments. However, it’s still something; it’s still so nice to play in front of fans, it’s nice to think that they would come and enjoy themselves as long as they’re safe,”

Ram admits the most challenging part about playing during a pandemic is the restrictions. This is because most tournaments do not allow players to leave the hotel or their apartments. Nonetheless, Ram always tries to stay positive.

“I think when you look at it as a big picture, it lets you realise how being positive is important during a time like this. … We’ll see how long this continues, but I think this is going to be the new normal for us for a while.”