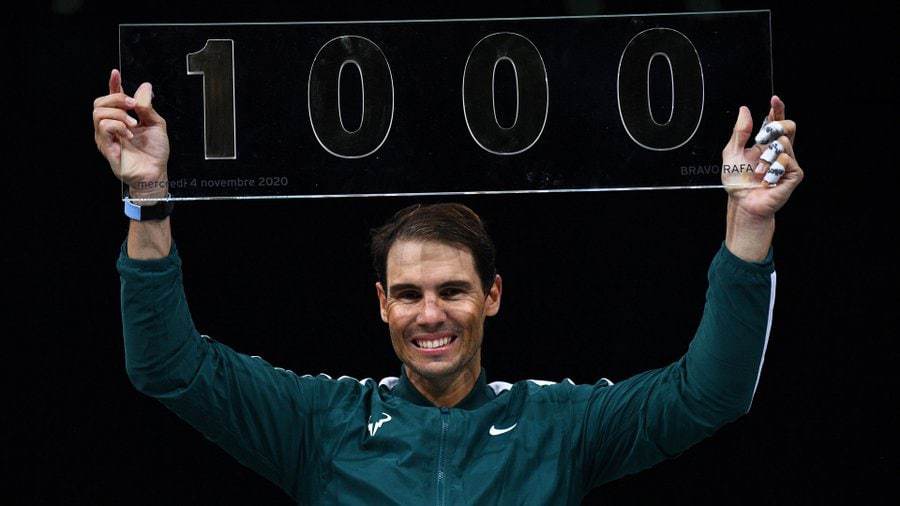 The Spanish tennis player defeated Feliciano Lopez at the Masters in Paris and repeated the achievement of Ivan Lendl, Roger Federer and Jimmy Connors.

After the match, 34-year-old Nadal posed with a memorial sign.

“The only negative side of 1000 victories is that you are already not young. After all, such an achievement requires a very long career. But I’m super happy. It means that I did a lot well and for a very long time. I had a lot of problems with injuries, but I always had enough love for the game and modesty to accept difficulties,”