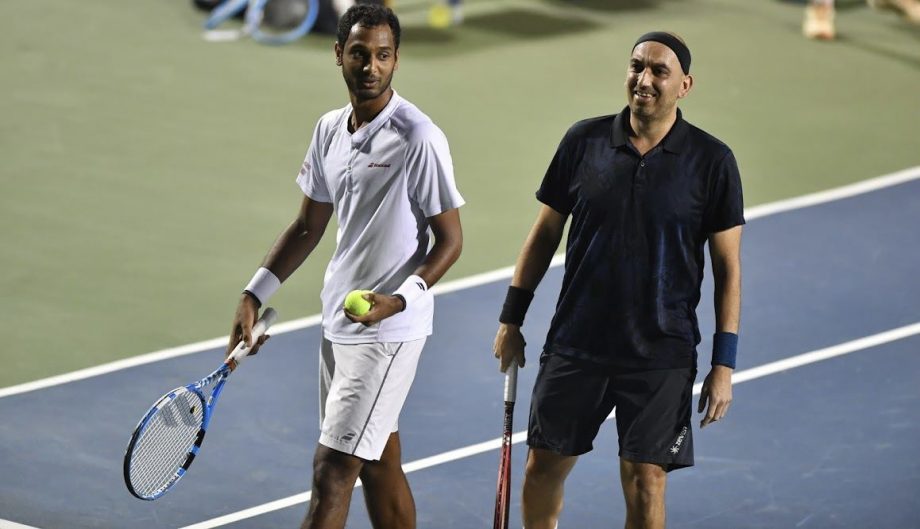 The other day ended one of the semifinal matches of the ATP Eckental Challenger tournament held in the city of Eckental, in Germany. After the game, journalist Surya stopped Purav Raja, who played doubles there with Ramkumar Ramanathan, and asked several questions about how the post covid schedule of play has been for him, plans for the future, and much more. The 34-year-old tennis player, who is currently the 122 racket in doubles in the world ranking, gladly shared how he’s doing.

The Raja’s review on his post-covid performance

First of all, he was asked how he would review his post-covid performance so far. At least once dealt with professional sports, people are well aware that they need a few weeks to be again in good form. Not for nothing, many coaches say that a tennis player needs to train at two or even three times more than his break lasted to return to his previous form.

“After eight months of break it was very important for me to participate in competitions again. On the positive side, we came out on the right side in a few tight matches, and there were a few losses as well,”

Also, Raja admitted that he felt not quite “there” in terms of the match sharpness in the first couple of weeks. If he says about the match sharpness, he means the 30-30 points, breakpoints, setpoints, super tie breaks under pressure. In doubles for him, things go pretty fast.

In general, it was a really positive trip for him. However, in terms of results, everything didn’t work out exactly as they would like. The couple didn’t win this time any of the “Challengers,” at least both Purav and Ramkumar, are always used to winning it.

“Unfortunately, it didn’t happen. Despite this, we played some good matches and will look to build on it for next year. I wouldn’t like to start next year without having matches under my belt,”

Despite the not very successful start of the season after the break due to the pandemic, Purav Raja has an excellent mood and is set for further victories quite seriously.

Travel experience in the Covid-19 era

Further, Surya decided to learn Purav’s experience with travelling and tournament bubbles in this Covid era. Raja described the situation in a few words.

“Honestly, it wasn’t as cool as usual. Without fans, the entire tournament atmosphere disappears completely. Having said that, ATP is doing whatever it can, to host as many events as possible, given the restrictions that we have. It’s credit to everyone – holding these tournaments isn’t simple as we don’t even know which country goes into lockdown.”

The coronavirus outbreak in March in the Lombardy region

Playing Challenger in the Lombardy region of Italy, Purav Raja was at the epicenter of the coronavirus outbreak in March. It was just when the number of new cases began to overgrow. He was asked to talk about his feelings in hindsight.

Looking back now, this was his last tournament before blocking.

“I had felt like it wasn’t real. When someone says that there is a flu or malaria around the area, it is normal for us. We are used to this in India and don’t take it very seriously. But I left the tournament venue on Friday regardless, and the tournament got cancelled finally. Now it seems that it was one of the most unusual events that has ever happened to me,”

As you know, coronavirus affected the whole world in the following months. Purav Raja thinks he’s lucky to be here and feels fortunate to be competing after eight months at home.

Here, in Eckental, the duo lost in the quarterfinals of the tournament.

During the interview, Purav told about why everything happened that way. He said the match sharpness has to be there when you have such small margins. In his opinion, they got through the first round, thanks to their chemistry.

“When we are at our best, we are very sharp. So in those moments, a couple of mistakes from me and a couple from Ram cost us the match. They were more match-sharp, as they have probably been playing for 10 weeks more. But that’s the way tennis goes.”

Was the carpet surface a drawback?

Having shared their thoughts about the carpet surface, it became clear that the preparation wasn’t ideal.

The carpet isn’t as fast as it used to be, and it’s a great surface to play tennis on. Raja believes that more tournaments should be held on this cover, as it’s easy on the knees.

In fact, it depends on what tactics the tennis player uses in his game. On such a cover, the chance to get injured is much smaller; however, everyone understands that this sport is generally traumatic. For each of the existing surfaces, a different playstyle is suitable, so, as you could notice, even the tennis stars play better on some surfaces, and sometimes worse on some. It’s just that everyone chooses their own “favourite.”

What lies ahead for them?

As Purav Raja said during the conversation, Ram plays very well in singles, and they are both very close to breaking the top 100 in doubles as well.

“I think it will be great to break into Top-60 or Top-70 and play all the Grand Slam main draws with him,”

Purav believes that Ramkumar has an excellent play style, and it suits him. Ram plays a huge game, and he sets up a play. Well, the results do show that.

“We do well together. I hope we grow from strength to strength – him in singles and us in doubles together.”

We can only wish the guys great success and watch their career growth.