Petr Sierzputowski, Swiatek’s coach: “The victory at Roland Garros got a little out of our plan” 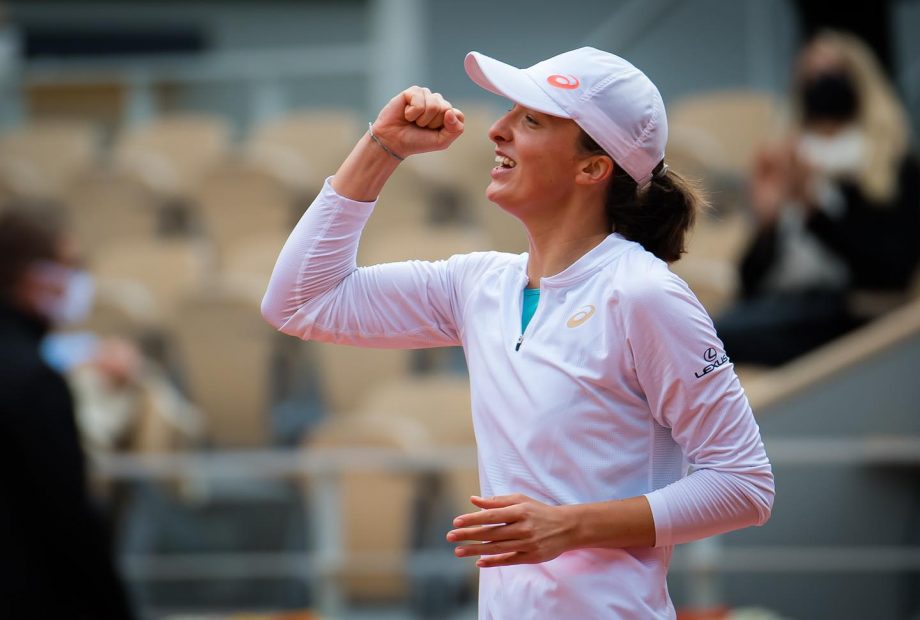 Probably, everyone who is interested in tennis and its players already knows who Iga Swiatek is and what she became famous for. And if they don’t know, we are glad to remind them. So, Iga Swiatek is a young Polish tennis player who managed to surprise each of us with her incredible victory at Roland Garros 2020. She is only 19 years old; however, there are already many victories and excellent performances behind her, including at Grand Slam tournaments. Having won her first title in an adult career, at the moment, the Polish is on the 17th position of the WTA rating.

Iga Swiatek became the first Polish tennis player to win a Grand Slam tournament. Also, she became the second representative of Poland, who managed to make it to the finals of the Grand Slam series tournament in the Open Era. The first to do it was Agnieszka Radwanska at Wimbledon in 2012. In the final, the Polish lost to American Serena Williams. Besides, Iga became the first representative of Poland to reach the final of the French Open in the Open Era. The last time it was done by Jadwiga Andrzejewska, who lost in the final in 1939.

Also, the Polish tennis player repeated the achievement of the Belgian Justine Henin in 2007, who didn’t lose any set during the tournament. Also, Swiatek even managed to never lose more than five games per match. On the way to the final, she knocked out Romanian Simona Halep, who was seeded under the first number, as well as last year’s finalist Marketa Vondrousova from the Czech Republic. Iga became the youngest winner of Roland Garros since 2005 when the Spaniard Rafael Nadal won the tournament at the age of 19.

For the sixth time and for the second time at the French Open, the winner of the Grand Slam tournament was a tennis player who didn’t have a seeding number. The first was Chris O’Neil, followed by such famous names as Serena Williams, Kim Clijsters, Elena Ostapenko and Sloan Stephens. Now, this list also has our young Polish star, Iga Swiatek.

Recently, Iga Swiatek’s coach, 28-year-old Peter Sierzputowski, gave a short interview in which he shared his impressions of his student’s game, and also commented on how the victory at Roland Garros influenced her.

“This sensational victory got a little out of our plan. Of course, no one expected such success at this stage, although it was always our goal,”

Swiatek’s coach also admitted now their goals remain the same. He understands that a tennis player will need time to get used to performances at a similar level. He believes now she cut off perfectly, saved a few years.

“If she is healthy and her attitude is right, then she’s capable of long-lasting success. I hope that happens. Now my task is to continue to work with her on technology, tactics and other related things. And the rest is already hers.”

Iga Swiatek is youthful and ambitious. We believe with the help of her desire for success, and with the support of the coach, she can achieve fame. Well, it remains to wish the Polish to protect her health and in no case, stop there.