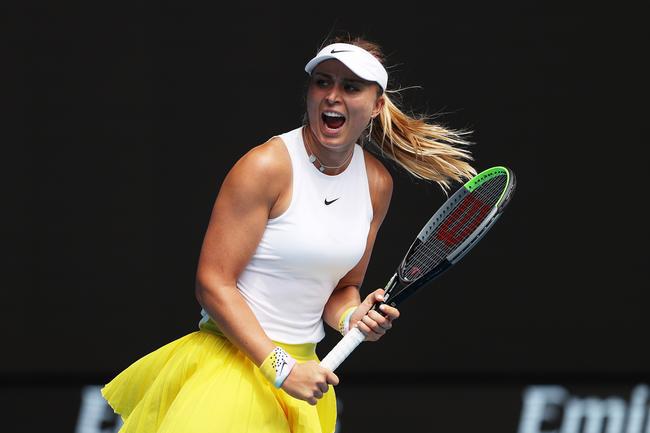 Among the people on the charter flights was the Spanish tennis player Paula Bados. However, she found herself quite unhappy with the conditions in which she found herself. The athlete was massively criticized for violating the rules of the 14-day quarantine due to a positive test for coronavirus. The tennis player said that she was forced to endure simply “miserable” conditions before the Australian Open.

Number 67 in the world Paula Badosa gave an interview to a local newspaper in which she explained her emotions. The tennis player felt lonely and abandoned in a small hotel room in Melbourne immediately after she tested positive for COVID-19. The 23-year-old was not the first to complain about her quarantine ahead of the delayed opening of the Grand Slam season. However, almost immediately after her complaints, she apologized on Twitter last week.

After a confirmed test result, the athlete was transferred to another hotel. Moreover, Paula later said that this quarantine in Melbourne was one of the worst events in her career.

she said in comments posted on Monday.

“Obviously, the only thing I breathe in this small space is a virus. I even asked for cleaning products like a vacuum cleaner, but they didn’t provide me with anything. ”

Despite many negative comments from players who were unhappy with the food, conditions and penalties, the championship organizers have previously stated that they provide everything necessary for the participants, including equipment to keep fit. Moreover, many isolated athletes have turned their rooms into makeshift gyms and kick balls against hotel walls.

But Badosa denied this information, saying that she waited almost a week for training equipment to be sent to her room.

“I feel lonely and abandoned because I don’t have the training equipment I asked for five days ago. They don’t even tell me the type of virus I have, although it should be known in three days. There is no information about the tournament either. “

As stated earlier, many players are unhappy with the terms. On that list, Novak Djokovic, who is currently in quarantine in Adelaide, is the number one male in the world, does not agree with the isolation measures.

Bados is just one of 72 players who were sent to sit in their hotel rooms for 14 days upon arrival after positive cases were discovered on their charter flights to Australia for the tournament. However, other players were allowed to train five hours a day.

The athletes’ complaints of isolation have sparked a backlash from the Australian public, many of whom have advocated the tough isolation measures needed in a country that is largely free of the virus.

The Australian Open, which has been pushed back three weeks due to complications from the coronavirus pandemic, is slated to kick off on February 8 following a series of side events in Melbourne.