Novak Djokovic: “Jannik Sinner has the potential to be a number one of the world” 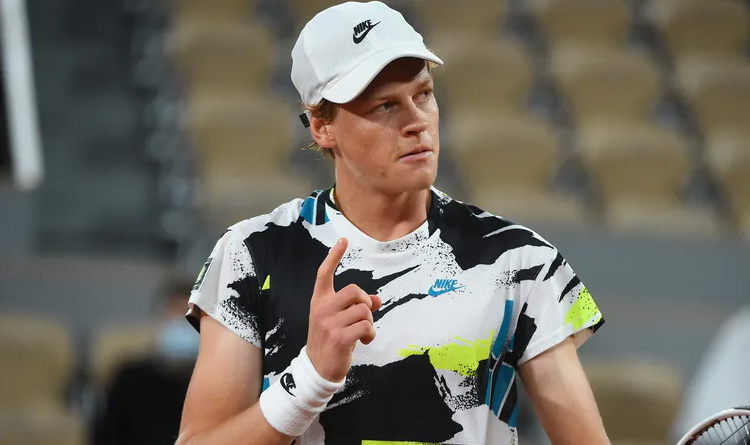 Djokovic has tipped Sinner for big things. Winning in Vienna on Wednesday, the Serbian secured his top year-end ranking, though made his comments after all. Djokovic also believes rising stars Stefanos Tsitsipas and Alexander Zverev need to show greater consistency to challenge for the first place.

Novak Djokovic thinks Italian player Jannik Sinner leads the pack of ‘Next Gen’ players with the great potential of becoming a future number one.

To reach the third round of the Erste Bank Open in the Austrian capital, in the opener against Croatia’s Borna Coric, Djokovic saved four set points to win 7-6(11) 6-3.

If Rafael Nadal accepts a wild card in competing in Sofia next month, the 17-times Grand Slam winner could only be stopped from tying Pete Sampras’ record of finishing as year-end No.1 for the sixth time. This victory will mean just that.

Having reached his maiden Grand Slam quarter-final at this month’s French Open, the 19-year-old Sinner won the Next Gen ATP Finals in 2019 and is currently at a career-high ranking of 43.

“I certainly see a lot of quality in the young players,” said Djokovic. “Sinner definitely holds a game that is powerful and is with lots of quality, and you can tell he has the potential to be a number one of the world.”

“I would say, Sinner is definitely the leader of the guys younger than Stefanos Tsitsipas and Alexander Zverev, who I guess by many experts’ opinions is the next ‘top’ player.”

“Zverev and Tsitsipas must show endurance”

German Zverev, who is 23 years old, reached the U.S. Open final in New York. Being a year older than Greek Tsitsipas, they have won together with the previous two editions of the season-ending ATP Finals. By the way, it is the most significant event in men’s tennis outside the Slams.

Djokovic felt the duo are already established players and would need to uphold their performances over a definite period to wrest the top ranking.

“To be able to find the best and maximise potential and to thrive every single year, many things have to come together in a career and life of a tennis player for him”

“And to endure. It is the most important moment. Because you have, I think a much better chance to have a great Grand Slam or a great season. But can you endure for three, four, five, ten years? Fifteen years?”