Nadal about the strict quarantine conditions: “The whole world is having a hard time, so we have no right to complain” 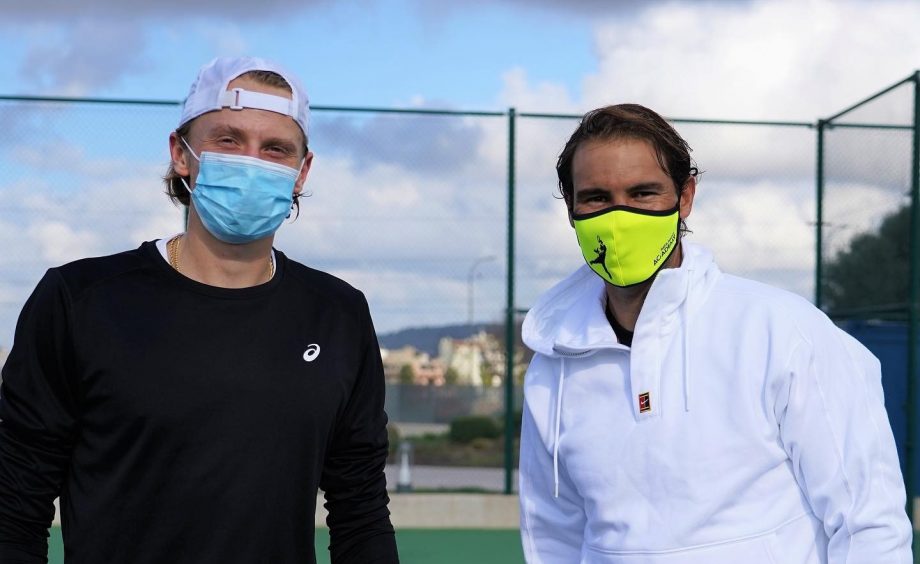 The 2020 pandemic caused by a coronavirus infection has brought a bit of unpleasantness to all of us. Athletes are no exception in this situation. Apart from problems such as regular postponements and cancellations of tournaments, many of the tennis players have unfortunately lost their loved ones in the time that Covid-19 hasn’t stopped raging.

It should be recalled that former world number three, American Sloane Stephens, was recently a victim of this terrible situation. Having lost her grandmother and aunt at one point, the tennis player also reported her grandfather’s death a week later.

While such terrible things happen to some players, many are still voicing their displeasure over quarantine measures during the Australian Open-2021. We are reminded that Tennis Australia general director Craig Tiley has recently openly stated they have prepared better quarantine arrangements for the best players.

Initially, it was announced the quarantine would be democratic, and the Big Three would be in the same conditions as the lowest-ranked qualifier. However, things ultimately worked out differently.

Since, as you can already understand, the Australian Open organizers are always trying to make life easier for the tops, the following information emerged in early December: some players will receive privileges on the number of people they can bring with them to the tournament. It was said the team of “ordinary” people would be limited to two people, top-10 players to three, and former tournament champions to four.

In the end, this plan was abandoned, and almost all teams were limited to two people. But they did come up with privileges for the top players.

A few days before the flight to Australia, the organisers announced the top three from both rankings. Their sparring partners would be quarantined separately – not in Melbourne but in Adelaide. It was soon revealed the conditions there are much better because the city is located in another state where different rules apply.

It’s reported there are different restrictions on team size – you can take five people there rather than two.

Frenchman Jeremie Chardy placed 66th in the ATP rankings, and gave some details on what other “bonuses” top tennis players have received.

“They will even be able to use the hotel gym and go to training sessions, which won’t count towards the five-hour quota. Everyone will be able to go out. They will almost be able to live a normal life.”

Now many have doubted the quarantine itself also works a little differently there than in Melbourne. Filip Krajinovic flew to Adelaide as Djokovic’s sparring partner, and his fitness trainer tested positive on arrival. Instead of sending the entire plane (which Djokovic wasn’t on) into isolation, the trainer had his blood drawn and tested for antibodies. And when they were found, it was reported the isolation wasn’t likely.

It should also be recalled that Djokovic himself, being a top player, expressed his displeasure about the situation. In his opinion, having any privileges is not always right, and the rules that the organisers have come up with are wrong, as it’s simply unfair to the ‘regular’ players to do so.

Meanwhile, world number two Rafael Nadal has urged other players to reconsider their quarantine attitude before the Australian Open. The Spaniard asked tennis players to think that while they complain about the quarantine, loved ones die every day.

“I’m very sorry that some have had to be in strict quarantine. However, when we came here, we knew the security measures would be strict because the country was doing well in dealing with the pandemic. Of course, we can complain, but let’s look at the situation from a different perspective. Just think how many people are dying all over the world. Many lose their parents and can’t even say goodbye to them. It’s not some philosophical thing; it’s real life. Such things happen in my country too, and my loved ones are suffering because of this situation.”

Of course, everyone understands it’s complicated for the players to be in full isolation at the moment. However, at least they are already there and will be able to play.

“The whole world is struggling, so we have no right to complain. After all, we are privileged people who have the opportunity to do our own thing,”

As they say, there are always two sides to every situation. On the one hand, the players are easy to understand because everyone wants to have the right conditions, especially during a Grand Slam tournament. On the other hand, the Spaniard is right. When people complain about some conditions, terrible things happen – people die, including people close to them. Therefore, perhaps the players should really reconsider their attitude to the situation. After all, it’s all only temporary.