Medvedev’s coach: “Daniil is improving and getting closer to winning the Grand Slam every day” 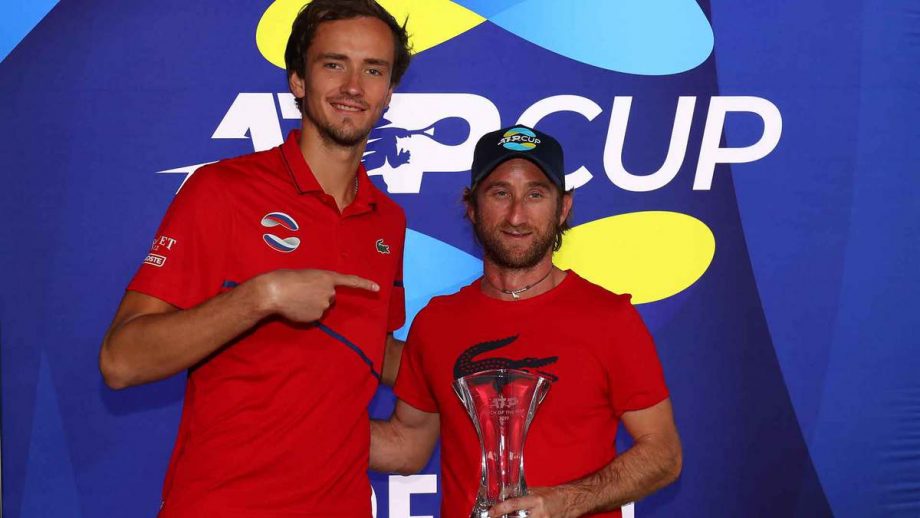 Gilles Cervara, coach of the world’s third racket Daniil Medvedev, commented on the results of the Russian No. 1 at the season’s start. In a short interview, he explained what Medvedev needs to improve and how long it would take for him to win a Grand Slam.

“Daniil had absolutely no dreams of making it to the top three. If he continues to perform as he has in the last few months, there is a high probability that he will stay in that position or rise even higher. I think he is getting more mature every day.”

Cervara also revealed Medvedev had a fine tournament. According to him, it proves that Daniil has taken a step forward. He finished last year at a great level, and he started this one brilliantly as well. He’s improving and is getting closer to winning the Grand Slam each time. However, Gilles believes his charge still needs to improve his game’s aspects to make the long-awaited big step.

“There are several things to note about the Australian Open-2021 final. Firstly, the level of Novak Djokovic. He played amazingly and showed why he feels at home in Australia. Daniil didn’t play badly, but he wasn’t as good as in his previous matches either. Unfortunately, things like that tip the scales in favour of the opponent in the end,”

Cervara admitted Daniil still has some room for improvement. He said Medvedev needs to work on his flying shot and his approach to the net as to tennis. In other respects, he believes the Russian tennis player is very stable. Daniil still needs to work on his psychology and improve some moments in preparation for the matches. Nevertheless, Gilles said it’s not unusual for tennis players of this level.