Mayu and Herber – the best double players in France. Collected a career “helmet” and took 7 “Masters” 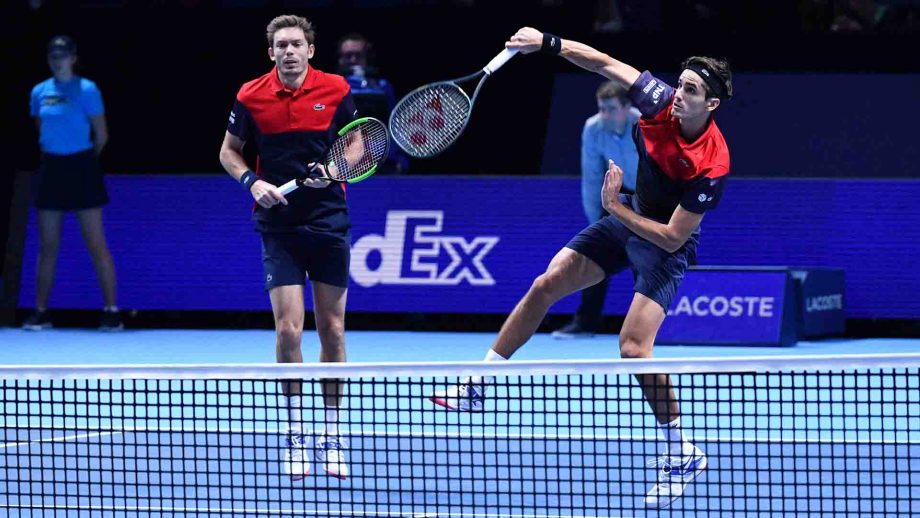 Frenchmen Nicolas Mayu and Pierre-Hugues Herbert are the most titled and brilliant tennis players in the history of the country.

For decades, French fans have been saddened by the poor infrastructure at Roland Garros and the lack of homegrown champions. The last time a local tennis player took a major in Paris was back in 1983 – then Yannick Noah took off.

The multimillion-dollar investment in 2015 helped the Parisian “Helmet” flourish, and at the same time the victorious French duo Nicolas Mayu / Pierre-Hughes Herbert was formed.

The tennis players are of different generations (Mayu is nine years older). Still, it was the combination of skills, experience, different styles and fantastic rapport that helped the pair climb to the top. The 2019 year was incredibly successful for Nicolas and Pierre-Hugues.

At the beginning of the year, at the Australian Open, the French became the eighth pair in history to collect a career “Helmet”. In the fall, the guys picked up a furious pace. First, Mayu and Herbert beat the Russian duet Khachanov / Rublev in the final of the Parisian Masters and rehabilitated themselves for their defeat in 2016 final. And just two weeks later, the French couple won the Final Tournament without losing a set.

2020 for this fantastic French duo is not as successful as the previous ones. At the Australian Open, Mayu and Erber were eliminated in the first round by Simone Bolelli and Benoit Peer, and at Roland Garros, they finished in the third round (lost to Kolhof and Mektich). At the US Open, Mayu paired up with German Jan-Lennard Struff as Erber was returning to the tour after being injured.

However, these guys also had successful tournaments. For instance, Nicolas and Pierre-Hugues played great in Rotterdam and Cologne, where they won two titles. In Bercy, the French have overcome the first round and hope to defend the title – the victory at the Paris Masters will be their eighth in the tournaments of this category.