It’s believed Federer is so perfect that he doesn’t even sweat. Is it true, or is it a massive hallucination? 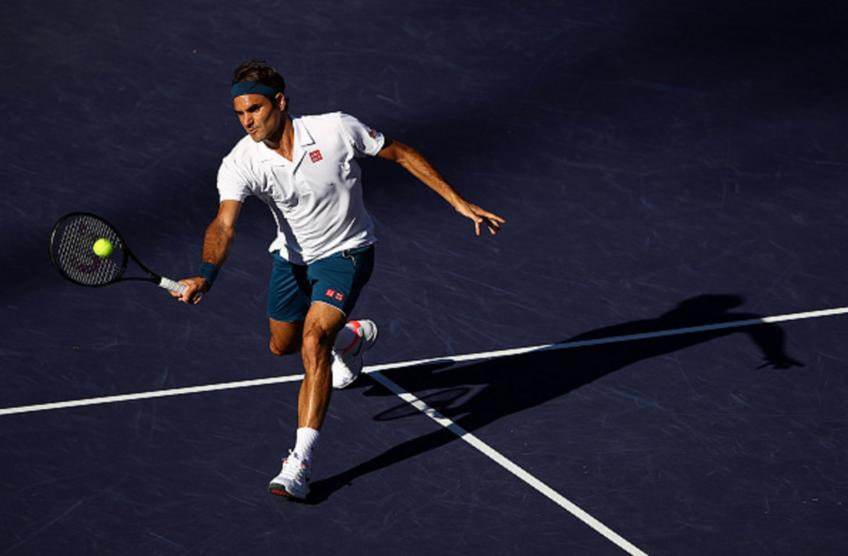 “Virgil van Dijk, he’s like Roger Federer: he doesn’t sweat, he just flies every match with ease. I’ve never seen him as tired as in the game with Chelsea,”

ex-footballer Jermaine Jenas was amazed last summer at the UEFA Super Cup final and simultaneously illustrated the versatility of the myth of the ease of the great Swiss.

The idea that Federer doesn’t sweat, moan or even strain too much is an essential part of his image as an ideal player: a virtuoso marked by the seal of divinity, an artist at the intersection of sports, art and even religion, a tennis player unique not only in results but also in the dazzling style with which he achieves them.

For more than 20 years of his career, Federer has been called a “player who doesn’t sweat” hundreds, if not thousands, of times. This image was strengthened in the collective consciousness, even despite a bunch of documentary evidence to the contrary.

Back in 2007, the big tennis storyteller Peter Bodo during the US Open, which Federer won for the fourth time in a row, wondered if he was strictly a man, and wrote:

“Yes, by the end of the third set his forehead and cheeks begin to shine, but this may well be some kind of cooling mechanism that doesn’t allow the system to overheat.”

Ten years later, in a CNN game, Federer needed to finish popular search queries about himself, and the first was “how Roger Federer never sweats” (he didn’t guess – he offered the option “sleeps”). At the Quora knowledge-sharing service, the top answer to this question is Federer’s ode to elegance, which has a passage:

“Roger Federer sweats the same way he plays tennis: calmly and gracefully. He sweats as gracefully as Sean Connery would if his James Bond needed to pretend to be a tennis player. It is clear that the peak Connery also didn’t sweat.”

Ten years ago, Barbara Schett, in a comedy sketch with Roland Garros, dealt with this “main tennis secret”: Robin Soderling then said that minimal sweating distinguishes many elite players, Daniela Hantuchova explained it with Federer’s divine essence, and Justine Henin with professionalism:

“He is very well prepared. In this regard, he is the best on tour. Therefore, in his performance, everything looks so simple – it’s already disgusting. Each of us would like to feel on the court like him.”

Federer himself encourages the legend of the lack of sweat unobtrusively: he doesn’t confirm, but certainly doesn’t debunk. So, in 2017, shortly after winning the Australian Open, he told time that external ease is not always a plus to the image:

“So it was already in childhood. When I lost, they asked me: “Why didn’t you try harder?” But I tried. The fact that sweat doesn’t pour from me with a river, I don’t moan and don’t build grimaces of pain, performing blows, doesn’t mean that I don’t try. I’m just playing like that. Excuse me.” 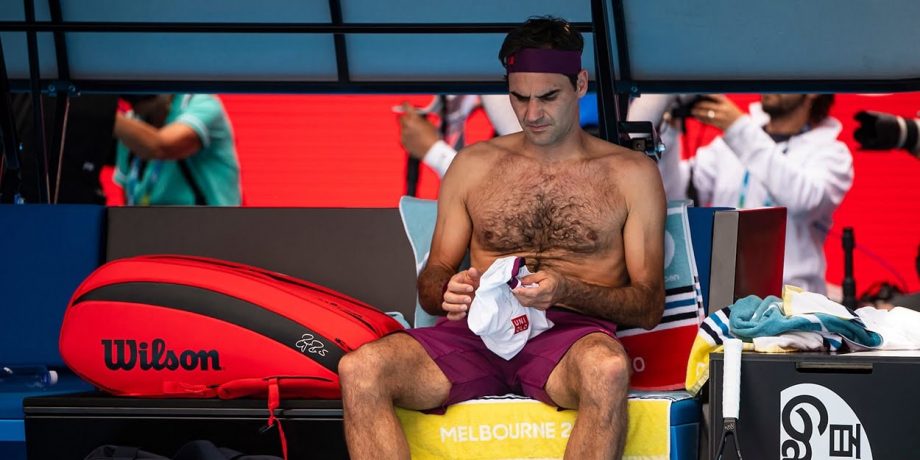 In fact, of course, Roger sweats – just depending on who to compare with (with groans the same). If with Nadal or Roddick, whose sweat legendarily dripped from the cap visor, then Federer is really forever dry; but in fact, he uses a towel and pencils for his intended purpose, and sometimes changes T-shirts during matches. The great Australian Tony Roche, who trained Roger at zero, generally said that he had been sweating with buckets at the training camp in Dubai.

Two years ago, when the US Open turned out to be abnormally stuffy, the Swiss even called strong sweating among the prerequisites of his failure in the 1/8 finals.

Novak Djokovic and John Isner, also surprised by the conditions, then used Federer’s sweating as a confirmation of unprecedented humidity.

The most scientific explanation for the survivability of the myth “Federer doesn’t sweat” a year before IBM developer Darren Shaw presented the sweaty US Open. In summer 2017, in preparation for Wimbledon, he analyzed an array of statistics from the tournament and Wimbledon materials from The Telegraph. Classifying all the information by player, Shaw noted that “strangely, the word “sweat” from all tennis players steadily correlated only with Roger Federer.” A more detailed analysis quickly showed that it’s not about Federer’s problem with later, but her absence:

“How Federer doesn’t sweat is talked about more often than how many players serve.”

To test the integrity of the myth, Shaw correlated the dates of Wimbledon matches of top players with air temperature these days and then superimposed their results on “hot” (that is, potentially sweeter) matches. It turned out that for none of the tops, not excluding Federer, neither the final result of the matches nor even the percentage of points won is determined by heat.

Then Shaw connected tennis experts to the study, and they proposed a new variable – the duration of matches. Federer’s tendency – especially the age one – to shorten the draws with forwarding exits led to the fact that his games are on average shorter than the rest – hence the conclusion:

“Federer plays well, regardless of temperature. He sweats, it’s just that he rarely lingers on the court long enough to make it noticeable. <…> So a cliché was born that he doesn’t sweat at all – from the array of reports on his [quick] matches accumulated over the years.”

The most recent Federer, not denying age, but adapting to it, the idea of ​ ​ sweat present is also conceptually closer than the old ideality paradigm. About the fifth victory at the Australian Open, obtained three years ago in a marathon against Rafael Nadal, he said:

“In the fifth set, I said to myself: another set, give everything that remains. Something hurts him; something hurts you. Make him play. <…> I have such a technique that people often feel like everything is easy for me and everything is given by itself. And this victory turned out to be different: it showed that I could overcome difficulties.”

However, some still insist that Federer even after the matches smells excellent.