Isn’t that the end yet? Leander Paes changed his mind about ending his tennis career 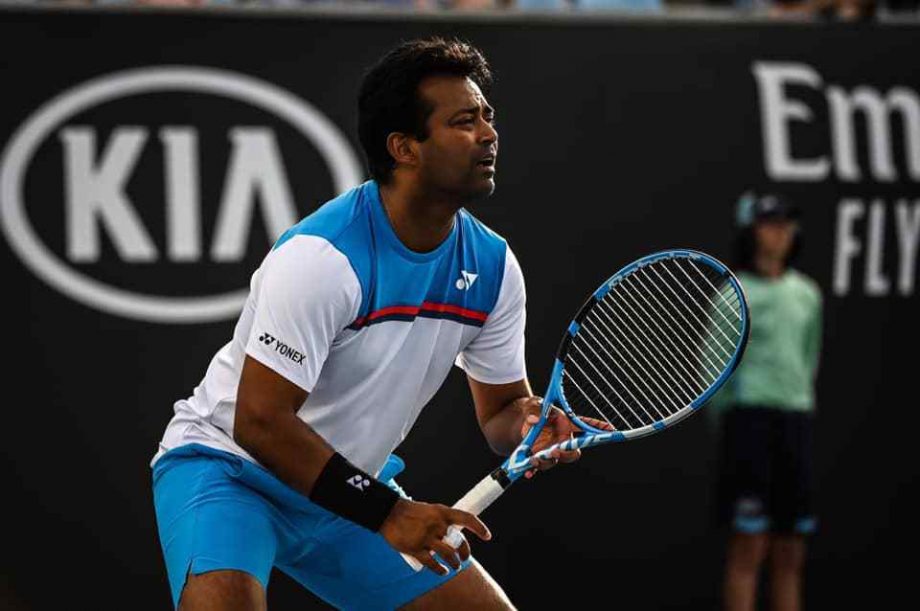 Leander Paes at the ready position at the match (facebook.com)

Many of you may have noticed that today people are paying much less attention to age than before. Rather, even age no longer plays such an important role in solving various issues, thereby allowing people to make decisions faster. If earlier, it was the norm to enter the university immediately after graduation or to end his sports career before the age of 30. But now the situation is completely different. Tennis was no exception, and striking examples can confirm this. For example, relatively recently, 36-year-old Kim Clijsters, who hasn’t performed for seven years, announced her return to the sports world. It would seem that too much time has passed to return to professional sports. However, the love of tennis and longing for your favourite business often turns out to be stronger.

In a similar situation was the former first racket of the world in doubles Leander Paes. In December last year, the Hindu announced that in 2020 he would end his career at the age of 47. However, he later changed his mind, confirming he would continue to perform. By the way, 2021 year will be the 30th year for the Indian tennis player on tour.

More than two years ago, at that time 44-year-old Paes gave a short interview after he won the record 43rd doubles match in the Davis Cup. Then he admitted that over the years of his career, it turns out, he repeatedly thought about ending his career.

“Honestly, I have repeatedly thought about leaving tennis. For the first time, I almost ended my career at the age of 19. A year before, I was the first racket of the junior rating and defeated all rivals. However, then for a whole year, I didn’t win a single match on a professional level and at the same time, almost didn’t visit home. In tennis, as an individual sport, I have to cope with all the problems myself, and I almost hung a racket on a nail. But then I thought, “What am I doing? It’s crazy!”

After that, the Hindu thought several more times about leaving. He said that after winning Roland Garros 2016 in the mix with Martina Hingis, he also thought about it. Feeling he had achieved everything he could during his career, Leander almost made this reckless decision. However, then he thought he should continue to play and earn a living. It again managed to keep him in sports.

The Indian star also said his team always tried to find a new motivation for him, but, unfortunately, it was not always possible. Previously, these were victories at Roland Garros and the US Open. In the last couple of years – a record in the Davis Cup.

“Ten years ago, I spent six to seven hours a day on training, and the results came quickly enough. Now I need to do 10-12 hours. Of course, it’s much harder. The body requires more stretches, yoga and physical fitness,”

Last season Leander Paes played at four tournaments in doubles and one in the mix. He is an eight-time Grand Slams champion in doubles and ten-time mixed. Also, in 1996, the Hindu became the bronze medalist of the Atlanta Olympic Games in singles.

This time, something again forced the tennis player to abandon completing his career, and instead continue his path as a successful athlete. Let’s hope that Leander will surprise and please the audience with his performances more than once. The most important thing in this situation is good health and the desire for great victories.