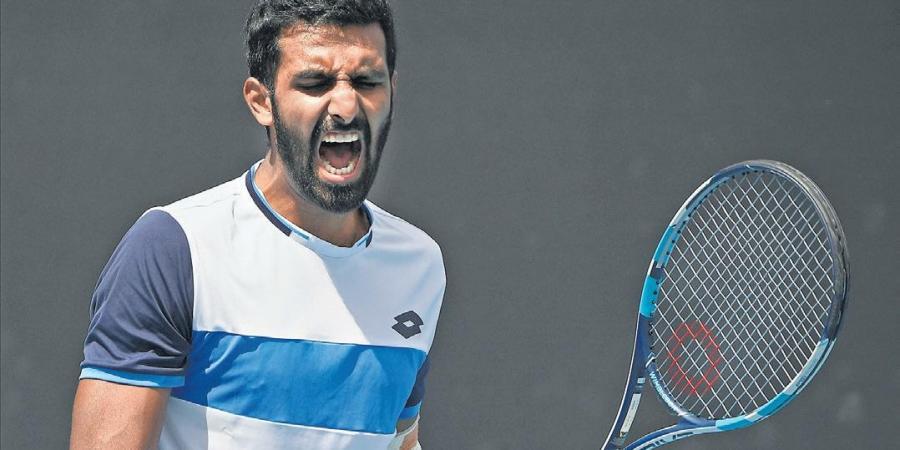 Last week, the ATP Orlando Challenger in the United States ended, where Prajnesh Gunneswaran, world number 128, took part. He managed to win second place in competitions on hard courts, thereby restoring his position, and was identified as the best player in India in singles.

“The way I play now is still great progress,”

Everyone knows the pandemic significantly ruined the tennis season, blocking players from gaining points and raising their world ranking positions. It also applies to Grand Slam tournaments. Prajnesh Gunneswaran saw how this restart met with heartbreak in the US, narrowly missing out on a last-minute entry into the US Open’s main draw in August. Despite this, the Indian finished it with pride, taking two following second places.

A week after failing at the final stage of the ATP Challenger in Cary, North Carolina, the southpaw lost to young and talented American tennis player Brandon Nakashima in a title clash this Sunday. However, Gunneswaran was, in any case, rewarded for all efforts made. On Monday, he climbed nine places in the world ranking, thereby restoring his position as India’s most successful singles player at position No 128. Thus, one can safely declare that the deep runs signed a fruitful end to the stop-start season for Prajnesh.

Interviewers managed to contact Prajnesh Gunneswaran directly from Orlando, where world number 128 is now. In a few words, he shared his impressions of his game at the moment.

“If I’d won one title and lost in the first round in the other, I might not have felt so bad. But I lost in a row 2 finals, and that’s a bit hard to digest now. However, the way I play now is still great progress. In general, I’m now pleased with how I played in the last month. I feel like I’m playing well and slowly starting to get back to my previous form,”

Prajnesh said by phone from Orlando.

The 31-year-old still looked back at making two final matches on the challenging US hard-court swing with content. Prajnesh won a couple of rivalries from a set down in Cary, including toward former top 10 American Jack Sock in the 16 Round.

He won the first set of the final against second seed Denis Kudla but “then got a bit passive” to waste the lead last Sunday. With a relatively better draw in Orlando, Prajnesh breezed into the final by dropping a solitary set before the strict schedule of playing nine matches in two weeks took its toll.

128 position in the world ranking is not the highest for Gunneswaran. Last April, he ranked 75th globally, but injuries, personal losses, and a break caused by the coronavirus pandemic pegged Prajnesh back in the last 12 months. After he missed the opportunity to show himself at the US Open, Praynesh played six tournaments in Europe, including the French Open, where he lost in the second round of qualification. Gradually finding his rhythm and returning to his form after the break, he reached the Ismaning Challenger semifinals last month after winning three three-set matches.

“Of course, it took me a while to get back to that level. I wasn’t serving well. Ismaning was my first tournament on the carpet, and I think I played well there. It gave me a little confidence. I needed to get used to dealing with pressure situations again – the tie-breaks, the 30-alls, facing break points. Once it happened, I started getting better. In these last two weeks, my mentality saw me through because I’ve played greater tennis than this.”

Also, in his interview, Gunneswaran spoke about his goals related to the world ranking. The reward is leapfrogging Sumit Nagal and carrying the tag of India’s top-ranked player again.

“Of course, it’s always nice to be No 1. It’s definitely what makes you feel good. But when it comes to world rankings, it’s very important to be inside the top 100. So it’s still my goal,”

Is the United States the second home?

Due to quarantine problems with his return to India, a native of Chennai decided to stay in the United States and undergo pre-season training in Atlanta. So far, there is no clarity on the start of next season. Even such a scenario is possible that players may have to fly to Australia next month for the Australian Open in January. Therefore, Prajnesh wants to stay in the United States for the time being.

The tennis player admitted he didn’t plan to come to India because he doesn’t know when and where the next season will begin. He understands that at the moment, it will most likely be in Australia. Because the organizers cannot yet provide detailed information, all players just have to wait. Gunneswaran also said if the dates were postponed to a later date, he would return home, but not for long.

Well, it remains to watch further developments and keep the finger crossed for the successful start of the Prajnesh Gunneswaran season.