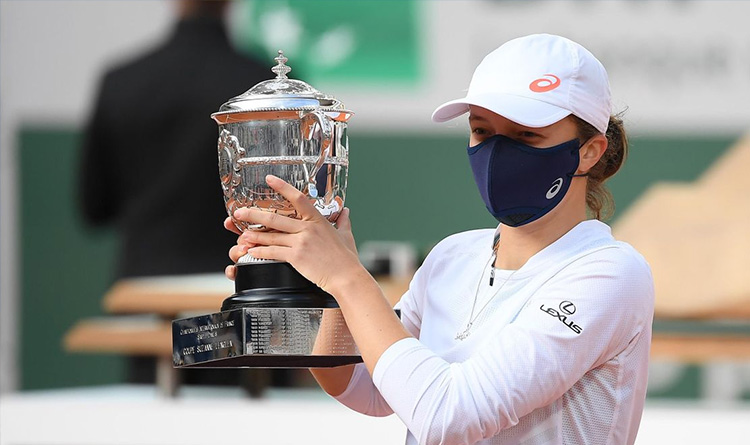 After the meeting with Polish President Andrzej Duda who subsequently tested positive for coronavirus, French Open winner Iga Swiatek said on Saturday, she would quarantine, even though she feels good. The 19-year-old became the first Polish player to win a Grand Slam singles title after she beat Sofia Kenin 6-4, 6-1 in the French Open final.

“Members of my team nor I have symptoms of coronavirus”

“Members of my team nor I have symptoms of coronavirus. We carry out tests regularly. We will quarantine ourselves by current procedures,” said the 19-year-old tennis star in a Twitter post:

After becoming the first Polish player to win a Grand Slam singles title, Swiatek met with Duda. She had great dominance when she didn’t drop a set throughout the clay-court tournament at Roland Garros. Since Monica Seles lifted the Suzanne Lenglen Cup in 1992, Iga Swiatek became the youngest winner thanks to her perseverance and hard work.