Honest victories or help on the side? The world’s first racket Rafael Nadal is suspected of participating in a doping scandal 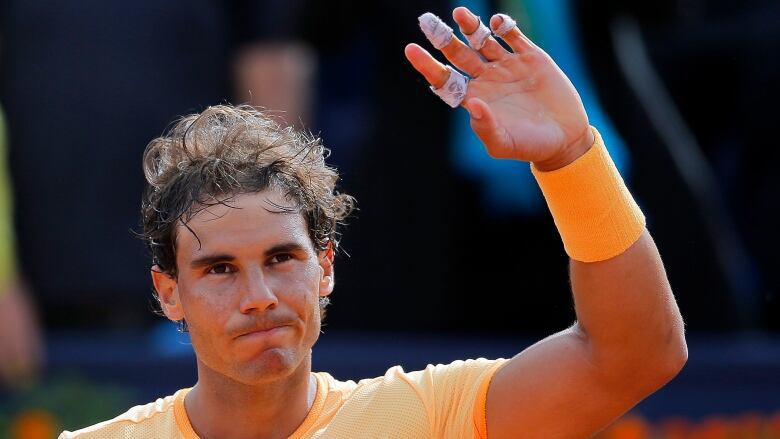 In any professional sport, including tennis, a player must have such an important character feature as cunning. Without it, it’s almost impossible to achieve great success, and it helps to get to the very peaks. However, in any situation, barriers must be established. Along with cunning, of course, goes honesty. Taking doping, athletes just cross these borders. Surprisingly, the Spanish tennis legend Rafael Nadal managed to get into this story.

In the new autobiography “This Sport Drives Crazy” Frenchman Gilles Simon, the former sixth racket of the world, commented on rumours that Rafael Nadal used doping. The Spanish tennis player always seemed to be one of the most honest players, so for many people, these rumours seem merely absurd. However, it also appeared for a reason. Before this, Nadal’s connections with Dr Eufemiano Fuentes, who was jailed for participating in a doping scandal, were reported.

In his short interview, Simon also shared the impressions of this situation. Having expressed his opinion, he dropped hints that he agrees with those who suspect Nadal’s involvement in doping.

Gilles believes it’s difficult for some people to accept that from the point of view of the game Nadal may be better than Federer. Therefore, they even spread rumours that he’s taking doping.

“Nadal doesn’t fit into the frame. Moreover, I emphasize we never talk about the physical readiness of Federer, who is not inferior to Nadal. Roger, at 35, played five sets in the Australian Open-2017 final, and this is incredible. But no one noticed this,”

However, later new details of this scandal appeared in the news. The world’s former sixth racket has already commented on an excerpt from the autobiography, in which he talked about rumours (that Rafael Nadal uses doping), which are described above.

“Many have misunderstood this passage. It was an example of Federer’s heroization. He was always considered perfect, invincible. And when Nadal began to win more often, the logical conclusion was that he used doping. It was considered the only explanation. Others were unacceptable.”

Drawing conclusions, it’s safe to say the situation is very controversial. As already stated, Rafael always seemed to be one of the most honest tennis players. However, rumours about his connection with a doctor involved in a doping scandal increase people’s doubts. Well, the truth always comes out, so sooner or later we will find out whether such an honest and decent Spanish tennis player was or all his great victories were won only thanks to the doping.