The women’s singles quarter-finals of the 2022 Wimbledon Championships have wrapped up and we have found out our four semi-finalists of the current championships. As expected Simona Halep does make the cut after easily defeating Amanda Anisimova in straight sets. The two-time Grand Slam champion is now set to play Elena Rybakina, who came from behind to beat Ajla Tomljanovic.

Meanwhile, German tennis star Tatjana Maria scripted history after she reached her maiden semi-final appearance at the All England with victory over compatriot Jule Niemeier. The German will now play Ons Jabeur who recovered from a set down to beat Marie Bouzkova and also reach the semi-finals of Wimbledon for the first time.

Simona Halep continued her flawless return to Wimbledon by thrashing Amanda Anisimova to reach the semi-finals.

Halep, who is playing at the All England Club for the first time since triumphing in 2019, romped to a 6-2 6-4 victory over the 20th seeded American to set up a last-four meeting with Elena Rybakina, who came from behind to beat Ajla Tomljanovic.

The two-time Grand Slam champion looked set to inflict an even heavier defeat over Anisimova on Centre Court before a late rally from the 20-year-old almost saw her come back from 5-1 down in the second set.

Halep was unable to defend her title when the tournament was cancelled because of the coronavirus pandemic in 2020 and missed out last year with a calf injury, but the 30-year-old Romanian has picked up right where she left off three years ago, advancing to the last four without dropping a set.

It’s the first time Halep, who is seeded 16th, has reached a Grand Slam semi-final since the 2020 Australian Open, and she remains the only major winner in the women’s draw, with Ons Jabeur and Tatjana Maria set to contest the other last-four tie. 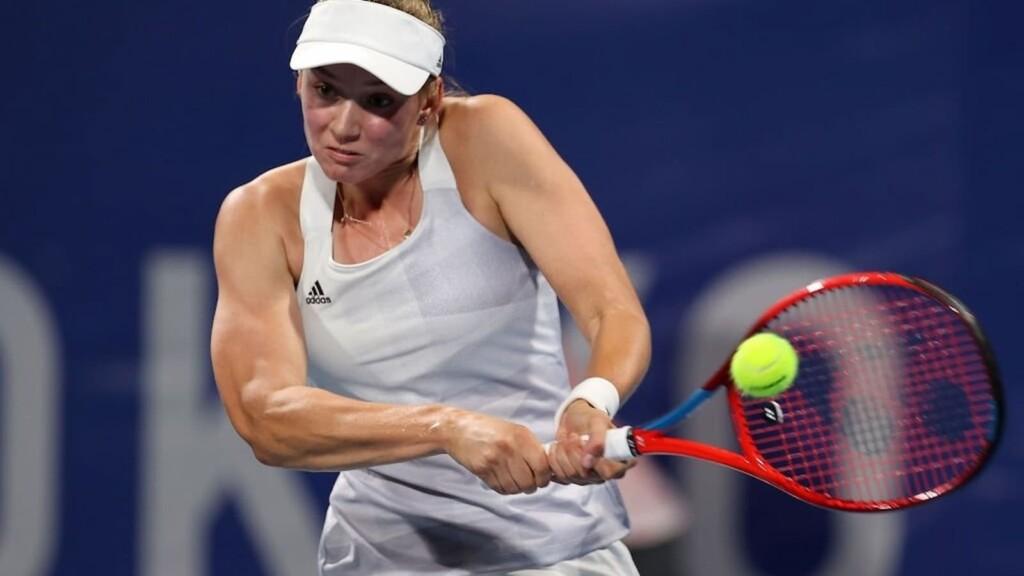 Kazakhstan’s Elena Rybakina will face Halep in the semi-finals after coming from behind to beat Australia’s Ajla Tomljanovic 4-6 6-2 6-3. There was plenty of tension on No 1 Court, with Rybakina and Tomljanovic both looking to reach a Grand Slam semi-final for the first time.

It was the 23-year-old Kazakh who appeared to struggle more with the pressure early on, while Tomljanovic, who beat Britain’s Emma Raducanu in the fourth round last year, settled quickly to take the opening set.

However, Rybakina found her rhythm early in the second set, winning seven successive games to take command of the match. Tomljanovic gamely pushed her opponent in the closing stages, but Rybakina’s brilliant serving proved too much for the Australian to overcome.

Tatjana Maria continued her remarkable run at Wimbledon by securing a maiden semi-final appearance at the All England Club with victory over compatriot Jule Niemeier.

The 34-year-old, who gave birth to youngest daughter Cecilia last April, fought back from a setback to win the all-German contest 4-6 6-2 7-5 on No 1 Court. She is only the sixth woman in the Open Era to reach the Wimbledon semi-finals after turning 34 years old.

Maria arrived at the Championships ranked 103 in the world and since 1984 only four female players have reached the semi-finals of the grass-court major ranked out of the top 100. She did it the hard way on No 1 Court too, after going a set down largely due to some early nerves on display.

Maria reset well after losing the first set and started to take advantage of a greater number of unforced errors from her compatriot on the net. Niemeier made 15 unforced errors in the second set and another 21 in the decider, while Maria kept her own work in check and converted two of the three break points she created in the all-important last set.

The two players exchanged breaks in the last set – in the fifth and eighth games – before Maria saved an all-important break point during the lengthy 11th game. Maria had already saved two match points against Jelena Ostapenko earlier in the draw and continued to show her mental strength by ensuring she came out on top 7-5 to continue her dream run. 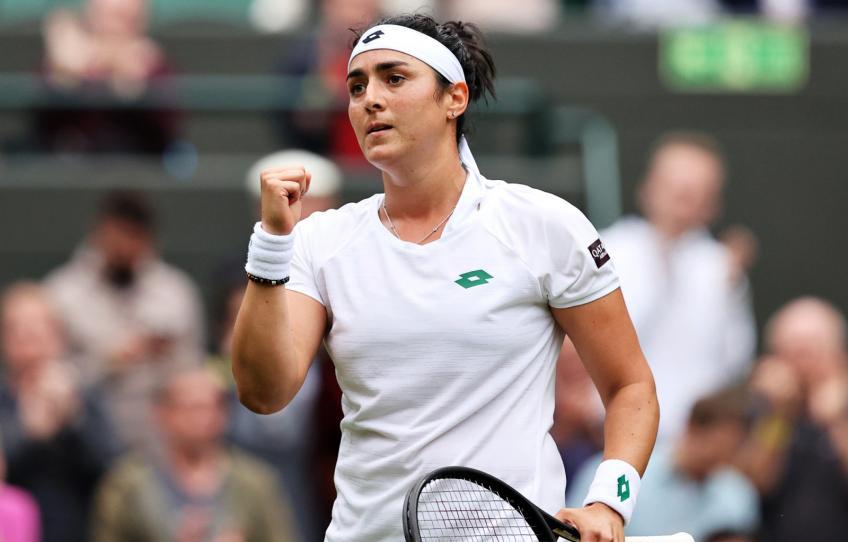 Jabeur also recovered from a set down to beat Marie Bouzkova and reach the semi-finals of Wimbledon for the first time. The 27-year-old is the highest seed left in the women’s draw and after the sternest test she has faced, she triumphed 3-6 6-1 6-1 to move two victories away from becoming the first woman from Africa to win a singles title at the All England Club.

This was Bouzkova’s maiden outing on Wimbledon’s biggest court but she displayed little nerves and plenty of resolves to hold an eight-minute opening service game. It appeared to boost the Czech and her athleticism was evident with Jabeur’s trademark drop-shots not initially catching her out, which contributed towards a break for the unseeded player to move 3-2 ahead.

Bouzkova also showed plenty of deft touches and Jabeur could only kick away the tennis ball after she lost the first set in 41 minutes. World No 2 Jabeur quickly turned the screw at the start of the second. A volley sealed an early break for the third seed and another was handed out by Bouzkova when she double-faulted.

Two more masterful deft touches from Jabeur forced a decider on Centre Court and even a comfort break by Bouzkova ahead of the third set failed to knock Jabeur off her stride. An extraordinary third point of the decider’s second game saw Bouzkova somehow return while on the floor and move 40-0 up, but Jabeur rattled off five points in a row to break.

The 27-year-old had firmly taken control now and efficiently finished proceedings. Next up for Jabeur is a surprise meeting with her friend and the world number 103 Maria.