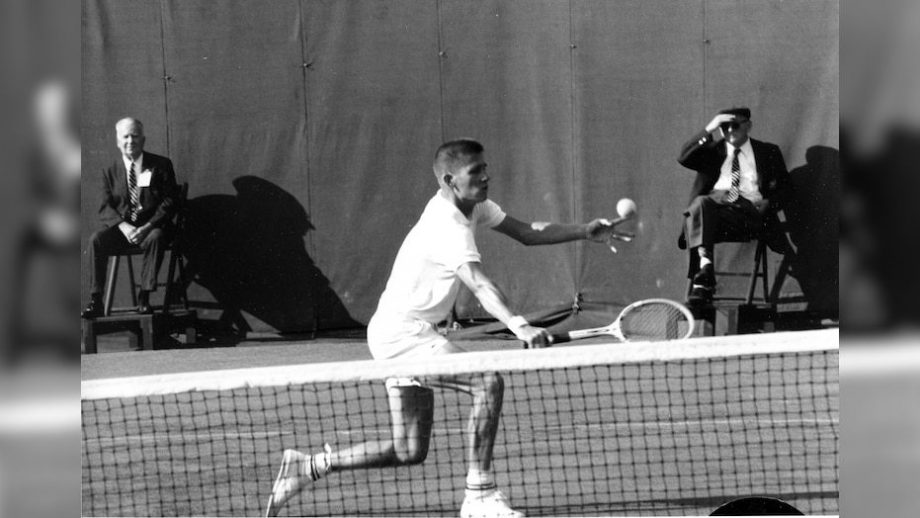 Dennis Ralston, who was one of the first players to sign professional tennis in the 1960s and a member of the Sports Hall of Fame, died this Sunday of cancer. He was 78 years old.

According to Darin Pleasant, director of the Gray Rock Tennis Club, he died of cancer in Austin, Texas. Darin spoke to Ralston’s wife Linda after the incident.

Returning to the athlete’s sports life, his game with the Spaniard Manuel Santana and the loss in three sets in the Wimbledon 1966 final comes to mind. Ralston reached the semifinals of the 1960 American National Championship and the 1970 Australian Open.

Moreover, Dennis Ralston was considered the highest-ranking player in the United States for three years in the 1960s. This was long before there was a computerized rating system in tennis.

However, one of Ralston’s greatest successes was in doubles. Tying with Mexican Rafael Osuna, he was able to win Wimbledon in 1960 at the age of 17. He and his Chuck McKinley won the US national championships in 1961, ’63 and ’64. Later, Ralston teamed up with American Clark Grabner and won the 1966 French Championship on clay. Thus, Dennis Ralston was a three-time Grand Slam finalist in mixed doubles.

The WCT led to the establishment of a tie-break system and improved the prize money structure and bonus pool to attract the best players. The WCT also encouraged the tennis players to wear brightly coloured uniforms and the fans to cheer them up, which cheered the sport’s balanced atmosphere.

Dennis Ralston was born in 1942, on July 27, in Bakersfield, California. In his youth, he was trained by Pancho Gonzalez. Ralston graduated from the University of Southern California, helping him win the NCAA titles in 1962, 63 and 64. Then he won the NCAA doubles title.

Ralston became a professional after winning second place at Wimbledon in 1966. The athlete set a record for his great singles career 576-251 and won 41 titles. The mark of a tennis player in doubles is 125–87. Ralston retired in 1977. The International Tennis Hall of Fame won it ten years later.

Ralston’s coaching career began with the Davis Cup. The athlete spent six years coaching Chris Evert. He was also with her in the early years of her growing rivalry with Martina Navratilova.

“A deeply religious person, a devoted family man, an excellent player and coach … he will be missed. Rest in peace, Dennis”,

Other athletes coached by Ralston included Yannick Noah, Roscoe Tanner and Gabriela Sabatini. Ralston also worked as a trainer at Southern Methodology University for two years in the 1980s and 90s. For the past ten years, the athlete has been a teacher at Gray Rock Tennis Club in Austin.

“Despite all his achievements on and off the court, he was incredibly humble and willing to help anyone. A very caring, sincere person,”

said Pleasant, remembering how Ralston loved to share stories from his touring and coaching days.

“Dennis had a polished way of telling his stories in a very comedic manner,”

Professional sports and many years of coaching resulted in the athlete having to replace both knees in the late 1990s. After his second surgery, he played in the Wimbledon Senior Tournament.

After that, Ralston had big problems with his legs. Due to some infections, his left leg was amputated below the knee. The athlete wore a prosthesis that allowed him to participate in the USTA league. Later, the constant unbearable pain caused Ralston to overdo it with painkillers, which he publicly spoke about. In addition to his wife, he has a son, Mike, and two daughters, Laurie and Angela.