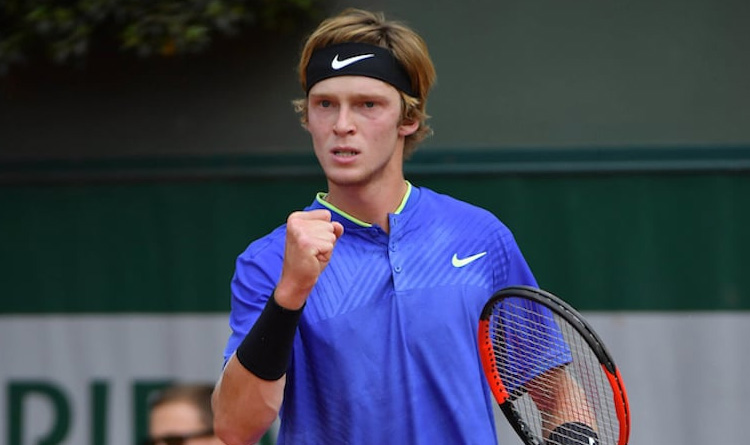 World’s Number 8 Andrew Rubley started his hunt for the fifth title after he triumphed over Norbert at Erste Bank Open. He hit 11 aces and enhanced his seasonal record to 35 wins this year.

23-year-old Andrew Rubley has had a great season this year. He has already won four ATP titles and made it into the quarter-final round of two Grand slams. On Monday, he defeated qualifier Nobert gombos in Vienna by 6-3, 6-2 in the first round, and started searching for fifth ATP title at Erste Bank Open. However, Denis Shapovalov was knocked out of Vienna in the first round by Jurij.

He was not happy with 153rd-ranked Austrian wild-card entry Rodionov after the Canadian got double fault ten times. Rubley hit 11 aces and never faced a crunch in against his Slovakian opponent.

I Have No Expectations in Vienna – Rublev

“I was lucky to start well from the starting of the Erste Bank Open match. It gave me more confidence, and I was playing better and better. In the end, I finished with a good score. I have no expectations in Vienna. I want to do my best in every event.”

On Tuesday, Novak Djokovic is set to play Filip Krajinovic in an opening-round match. He won the tournament there in 2007. He would meet Croatian professional tennis player Borna Coric in the second round.

Andrew has the best ATP rank of Number 8 that he got this month. After the recent event victories in Petersburg and Hamburg, Russian youngster joined Djokovic as the only professional players with titles in the 2020 season. To stop coronavirus spread, just 1,000 spectators were permitted in the Stadthalle arena.