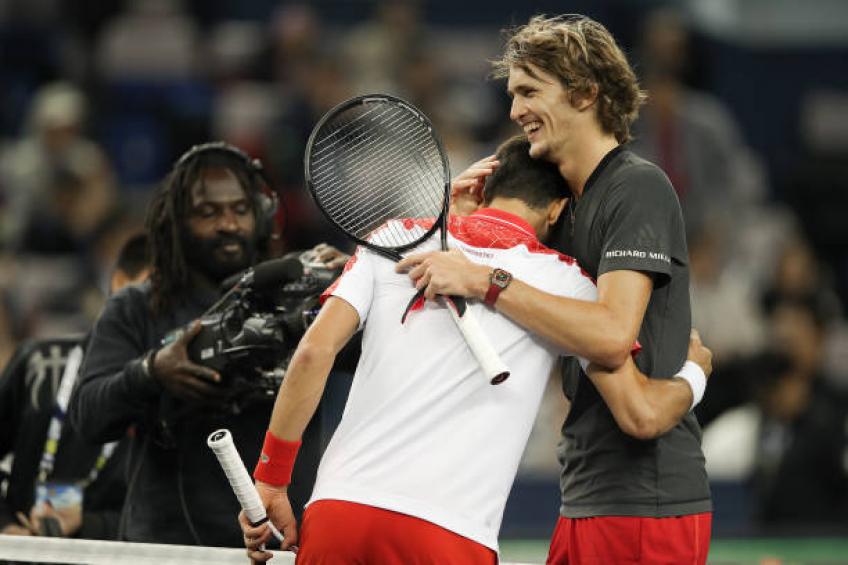 It would seem most recently the world learned the shocking news that the seventh racket of the world, Alexander Zverev, raised his hand more than once during a relationship with his ex-girlfriend Olga Sharypova. However, since then, new facts of this burning story don’t stop to come up. Every day, this impressive scandal attracts more and more interest from both athletes and ordinary people. What is ahead of us? Drama or happy end?

This week in London, in the UK is the final ATP tournament of this year. In the semifinal match, Alexander Zverev met with the first racket of the world Novak Djokovic, where the Serbian defeated him. After the game, he gave a short interview where he told whether his relationship with other tennis players had changed due to accusations of violence from his ex-girlfriend Olga Sharypova.

According to people, these were several difficult weeks for Zverev, which, fortunately, had already come to an end. Many also noted that during the match, Alexander said something to Novak at the net. It aroused interest in people, how in this challenging time other players react to him.

“Other players? It’s all right. The relationship between me and the players won’t change, because they know what is happening. And I only wished Novak good luck in other matches, that’s all,”

During the interview, one more question was also discussed. The German answered whether he was going to take any action to try to clear his name of the charges. Now, as many people think, when the season is over, Zverev has a little free time for this.

However, the tennis player answered he said everything he could. He’s very sorry that such false accusations can harm and switch the attention from sports, but, unfortunately, this is the world where we live now. In his opinion, he can do nothing more.

A little later, Novak Djokovic also commented on this situation. In his interview, he answered the question of whether the ATP should develop a unique program to be able to cope with such incidents in the future and help affected athletes.

By the way, the Serb once organized players, so he knows how other leagues are organized. Some major North American companies, such as the NFL, the NBA, have developed programs to combat domestic violence after incidents involving their athletes. However, ATP currently doesn’t have any program at all to investigate such incidents.

“Should ATP develop such a program? Why not. I think she’s needed. But I think it wasn’t developed, because before in the history of tennis there were simply no such cases. If I’m wrong, correct me. But I didn’t hear top players turn out to be participants in such situations. Perhaps such a case will inspire ATP to develop something similar,”

Novak also said he had known Sasha for a very long time, since childhood. They’ve always had a great relationship, and he thinks he’s a good guy. According to him, Djokovich has tremendous respect not only for himself but also for his family. Being the age of his older brother Misha, the first racket of the world is sad he is going through something similar. 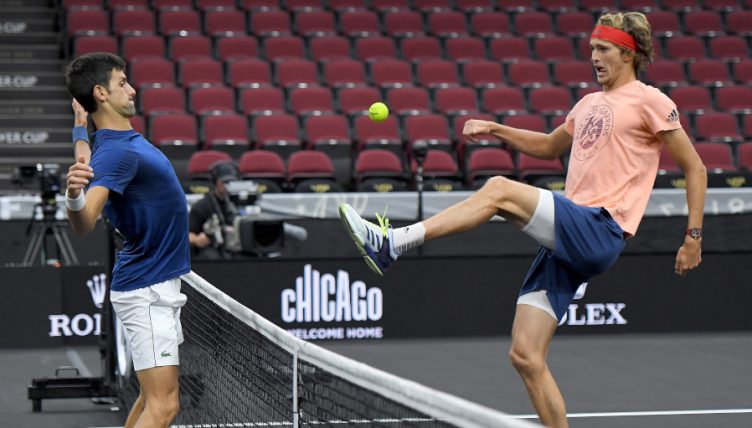 Serb admitted he didn’t know what happened. Of course, he doesn’t support any form of violence. All of us just have to wait. He believes we will undoubtedly find out.

Besides, Novak Djokovic was asked another question. Answering it, he told whether he spoke with Sasha to find out his version, and also expressed his opinion on whether other players began to treat him differently after the accusations were made publicly.

Djokovic didn’t notice the attitude of the players towards him changed. At least he always had a perfect relationship with him.

He also said this year they spent time together on the Adria Tour, including in private. They talked about different things in life. According to him, it was really nice for him to get to know Zverev, get close and talk about something more personal, and not on general topics that can be discussed on tour.

Answering the question of whether Novak discussed this particular case with him, he only told Alexander he was nearby if he needed to talk. Of course, he has a big family and team.

Judging by Zverev’s results over the past months, he coped well with the situation in general. And it’s given how much he went through outside the court. Serb admitted he sincerely wishes him to overcome this as soon as possible so that he can focus on his life and tennis career.

After the match with the German, Novak personally turned to Sasha, expressing words of support.

“It’s always nice to share a court with you, Sasha! You gave out a great end of the season. I wish you all the best on and off the court. Hang in there. I’m glad to reach the semifinals of the last draw of the final tournament in London.”

Well, this story isn’t over at all. And its end is unlikely to come soon. It remains only to monitor how events will unfold further. Drama or happy end? This issue remains open.