How one cream can broke tennis career 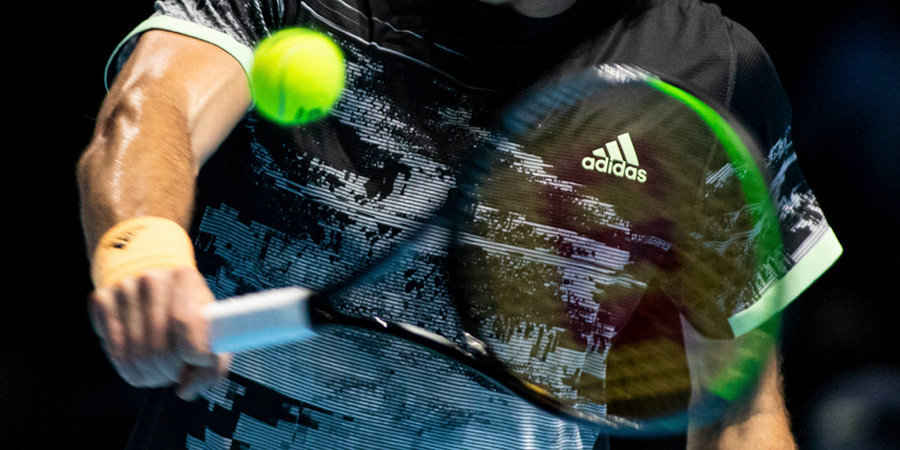 Tennis is no exception to other kinds of sport where doping is involved (“dope” from English “dope” – “to give drugs”). However, there are not so many sensational revelations compared to, for example, cycling and athletics.

First, let’s figure out what doping is commonly used by athletes, which covers a wide range of narcotics and stimulating pharmacological drugs. These drugs significantly reduce the recovery period associated with fatigue after gruelling matches (the most extended games here) and long tournaments (the longest tournaments are majors), and stimulants temporarily increase the physical and mental activity of the body and increase its endurance.

Tennis players began to use drugs in the late 70s. Tennis fans publicly learned about this from the book by Lars Skarke (manager and former friend of Bjorn Borg) “Truth: My Years with Bjorn Borg”, which was published in 1992. This is how he conveys the conversation with the ex-first racket of the world, in which the Swede states:

“I really don’t know a single tennis player who hasn’t taken a puff at least once! Although no, I’m lying, there is only one “virgin” left among us – Ivan Lendl”.

This tennis player avoids anything that could put his precious health at risk, from marijuana to big macs. “Skarke further writes:

“And then Borg, who had already wholly untied his tongue by marijuana, told me a very curious story about how he became addicted to drugs in the locker room of one of the most prestigious tennis tournaments in the world”.

From his words, it turned out that in the late seventies – early eighties, the men’s Grand Prix (as the current ATP tour was called at that time) consisted of tennis players addicted to drugs for three quarters. The ringleader in the general “expansion” was the American Vitas Gerulaitis.

Another ex-first racket, American John McEnroe, admits to this in his autobiographical book called “Seriously”. Here are some excerpts from this book:

“Even when Vitas Gerulaitis was a junior, there were rumours about him: he played at a tournament under the influence of drugs … I wondered how the hell he managed to keep up everywhere? However, it was unnoticeable that on the court it somehow influenced him”.

“It was the 80s, and at that time, it was customary to show respect for the tournament. Today it may seem crazy, but the players were wondering how many days before the match you can take drugs. During the week? Per 24 hours? Everything depended on the player. “

As for stimulants, for instance, Shamil Tarpishchev and one of the most famous coaches, Frenchman Patrick Muratoglu (at various times coached Anastasia Pavlyuchenkova, Marcos Bagdatis, Grigor Dimitrov, Serena Williams) believe that its use in tennis is inappropriate.

Seeing an extremely hectic professional schedule and unlimited time matches make the imperceptible use of stimulants in tennis not only unlikely but sometimes simply meaningless (although this does not exclude the fact that an athlete can take risks to win a match to artificially increase his performance and use a substance that temporarily stimulates both physical and mental wellbeing).

The fact is that a short increase in efficiency subsequently leads either to a sharp decrease in it, or, in case of regular use, to physical overstrain. Players begin to show nervous breakdowns and develop various health diseases.

In 2007, the ITF assumed control and responsibility for anti-doping procedures in the ATP and WTA. In this regard, the Tennis Anti-Doping Program (last revised 2013) was developed to assure the integrity of the game and protect the health of athletes. The program applies to players participating in:

Inspectors of the following organizations can strictly monitor the presence of prohibited substances in the body of tennis players: ITF, WADA and national anti-doping agencies of the countries where the athlete is at that time. In the latter case, it means that if a player participates in a tournament or holds a training camp, for example, in France (and Monaco), then the French anti-doping agency, regardless of the player’s nationality, has the right to take from him a sample of biological material that is sent to anti-doping centres (laboratories) accredited by WADA.

There are 33 such national centres, of which there are one each in Russia and Ukraine, in Belarus, there is a laboratory. The leading centre is located in Montreal (Canada). To guarantee harmonization among anti-doping organizations, there are 5 International Standards for Doping Control, commonly known as ISDC:

Anti-doping control organizations pay crucial attention to both players who have already “made a mistake” or made a rapid rise in the ranking, and players who have reached the quarterfinals and higher tournament stages. However, many premium tennis players believe that the ITF anti-doping subcommittee is not finalizing it. For example, Rafael Nadal, to end the speculations against him, calls on the ITF to take control samples from at least all tournament winners without exception.

Famous tennis player Roger Federer spoke in the same vein. On March 8, 2013, the reigning tennis legend expressed his bewilderment to the Swiss newspaper Le Matin: “It seems in tennis nobody seems to care about doping. It should be noted that top tennis players rarely appear in doping disclosures, but athletes with a low rating and novice tennis players come across much more often.

One of the leading reasons for this is the lack of professional healthcare professionals for athletes who would prescribe medications, such as food additives (to improve physical wellness), taking into account the List of Prohibited Substances.

These are stimulants (such as ephedrine, which is also included in nasal drops), narcotic analgesics, cannabinoids (THC, hashish), anabolic steroids (male and female sex hormones), diuretics, beta-blockers, beta-2-agonists (used in medicine for diseases cardiovascular system and asthma), drugs with anti-estrogenic activity, and several hormones. Among those prohibited substances, several drugs are not permitted during the competition, but not banned outside of the game, for example, corticosteroids.

Some are legal, but prohibited when the threshold concentration is exceeded, like bronchodilators: salbutamol and pseudoephedrine. An athlete taking (by nebulization with an inhaler) over 1600 micrograms of salbutamol at 24-hour period could potentially exceed the threshold serum concentration. Some medicines, although not prohibited, are monitored in laboratory studies to analyze their effects and evaluate their further inclusion in the List.

For example, in 2015, the meldonium (or mildronate) was listed as a controlled substance, which since 2016 has been included in the List of Prohibited Substances. On this drug and “burned” Maria Sharapova at the “Australian Open-2016”.

To sum up, the first published use of a stimulant occurred more than a century ago – back in 1911 at a tournament in Brussels. The match took place between the “new” winner of “Wimbledon-1911” New Zealander Tony Wilding – multiple champions of Australia and Wimbledon, and French Max Decugis – a champion of France. The Decugis lost the first two sets 3: 6; 0: 6 and in the third the score was 4: 5 not in his favour, but suddenly everything changed – Dekuzhi did not give up a single game to his opponent and won the match with a score of 3: 6; 0: 6; 7: 5; 6: 0; 6: 0.

After the end of his playing career, the French shared his doubts about the honesty of this victory with the referee of Roland Garros, Jacques Dorfman. He revealed that when switching sides, the judge on the tower gave him unfamiliar, but rather tasty little fruit. Later, Mack found out that it was a cola nut containing a significant amount of caffeine (in today’s sports, caffeine is not prohibited).