Dominic Tim vs Daniel Medvedev predictions on nearby matches 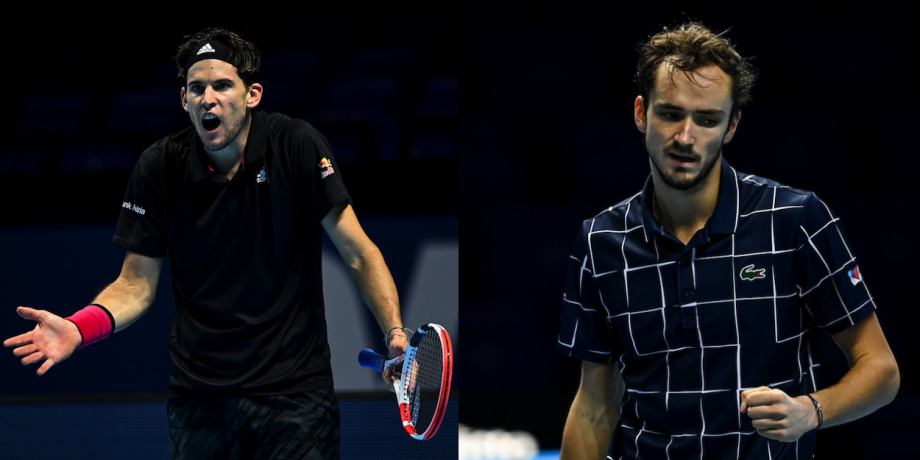 US Open champion Dominic Thiem plays against famed Daniel Medvedev in the title round of the 2020 ATP Tour London finals. The match began at 6:00 pm on Sunday (November 22) local time (1:00 pm ET).

He finished second in the Australian Open, and the US Open title was a highlight this year. Having defeated Stefanos Tsitsipas and Rafael Nadal in his first two matches, he led his group and was in the first semifinal against the first racket – Novak Djokovic.

For the second consecutive year, Dominic Thiem is in the ATP Championships Final at the end of the year. And since the beginning of 2019, he has improved his record against the Big Three to 10: 3 and wants to add another big trophy to his US Open title.

Medvedev is not giving up his position either. After compelling results in 2019, he was to become the leader of the next generation of the pack. However, 2020 has become quite dull for the player. But two weeks ago, he turned things around at the Paris Masters 1000, winning the title after missing out on tournament finals all year.

This week Medvedev was the only undefeated player in the group stage, holding out against Alexander Zverev, Novak Djokovic, and Diego Schwartzman.

Both players have beaten Nadal and Djokovic this week, which is a rare but excellent result. The last weekend of the 2020 season saw a real changing of the guard. However, ahead of Sunday’s finals, there isn’t much to choose between the two players based on skill and form.

A close encounter is expected later this year, in which US Open winner Dominic Thiem is set to win the decisive game.