Djokovic beats Medvedev to win the AO for the 9th time 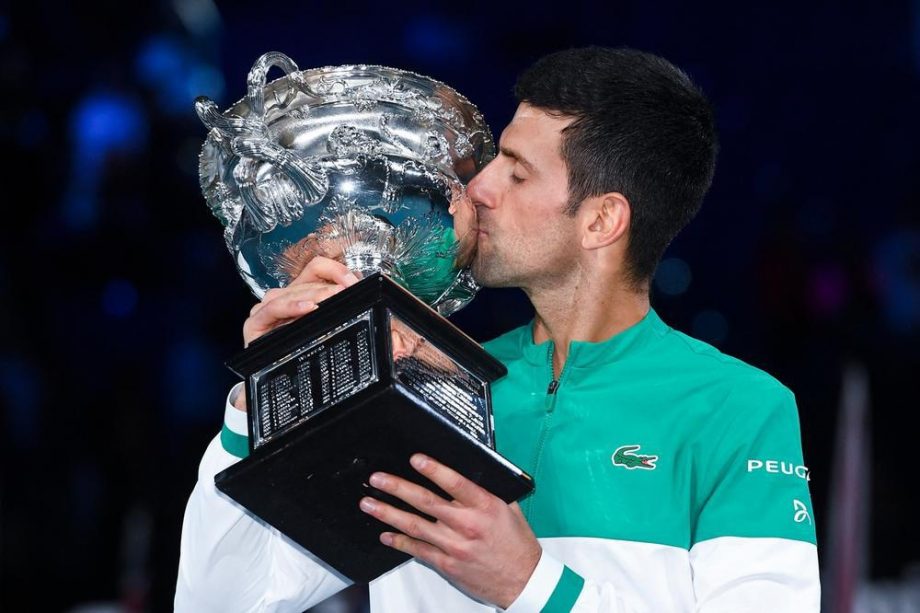 Djokovic and Medvedev after the final AO-2021

So the first Grand Slam tournament this year, the Australian Open, came to an end. One hundred twenty-eight participants in both the men’s and women’s categories fought for the “Winner of the Grand Slam tournament” title, the prize fund of which amounted to more than 61 million dollars.

As for the men’s draw, the first racket of the world, Serb Novak Djokovic, and the fourth racket of the world, Russian Daniil Medvedev, reached the tournament’s final. Having played seven matches each on Melbourne’s open hard courts, today, finally, the name of the champion of AO-2021 became known.

What was the final, who won, and what emotions did the game bring to both players and spectators?

Before the game: comment of the ex-second racket of the world about the upcoming final

Alex Corretja, the ex-second racket of the world, before the final Australian Open-2021, managed to give a forecast for the match, which, as it was already said, took place between Daniil Medvedev and Novak Djokovic. What were his expectations?

Corretja considered the rivals to mirror each other since both have great crosses from the backhand and translations along the line.

“I think they kill each other. I’m waiting for a very long match because the rivals have a similar style. The only difference is that Djokovic won 17 Grand Slams, of which eight were in Melbourne,”

However, according to him, if we consider the form, then Medvedev has it a little better. It will be complicated to beat him, and Novak will need to show the maximum. He needs a clear plan for the game because they both play incredibly in defense. Both like to attack, but at the same time, they don’t want to do it regularly. Alex also admitted he would be very interested in watching the initiative move.

“I won’t be surprised if the match lasts more than four hours. If both of them are healthy, the game will be damn cool. Of course, maybe I prefer Novak… But just a little. Maybe 55-45 in favor of Novak.”

So, now you can finally announce the results of the final that has already passed. Today, the first racket of the world, Novak Djokovic, won the 18th Helmet and the 9th Australian Open. In the final, he beat the final ATP tournament Daniil Medvedev champion with a score of 7:5, 6:2, 6:2.

If we compare Djokovic’s incredible records with the rest of the legendary players, then the 33-year-old Serb became the second after, for example, Rafael Nadal, to win the same Grand Slam nine times. The Spaniard, in turn, is the 13-time champion of Roland Garros. He won the next Australian Open 13 years after the first, never losing in the tournament after the semifinals.

According to the total number of Slams, Djokovic reduced to two the lag behind Roger Federer and Rafael Nadal’s record holders.

As for the final itself, the predictions of Alex Corretja weren’t entirely accurate. We can say the match was held more quickly than lasted several hours, although, of course, the struggle between the athletes was quite evident. It’s just that this time the Serb was stronger.

What gave Medvedev the final of AO-2021?

It should be noted that, even though Daniil Medvedev lost the 2nd final of the Grand Slams, he will debut in the top 3 of the world ranking.

25-year-old Medvedev interrupted a series of 20 consecutive victories, 12 of which were over top-10 tennis players.

Nevertheless, according to the tournament results, the Russian No. 1 will debut in the world three – it will become the third racket of the world, beating US Open champion Dominic Thiem.

Medvedev’s memories of the first joint training with Djokovic

After the defeat, Daniil Medvedev, like Novak Djokovic, gave a small comment on the final. After the loss, he made a speech and recalled the first joint training with the world’s first racket and shared emotions about the match.

At the beginning of the interview, the Russian admitted it wasn’t easy for him to speak when he had just lost the Grand Slam. However, Daniil hoped he would do better than on the court.

“Firstly, I congratulate Novak and his team. Nine Slams in Australia, 18 total. And this is probably not the last. I don’t even have words,”

After congratulations, he told one small story. The fourth racket of the world first trained with Novak when it stood 500th or 600th globally. Djokovic was already the first, only won Wimbledon. And the Russian thought he wouldn’t even talk to him since the Serb was a God for him.

“I came. I was timid and didn’t say anything. Novak asked me questions, spoke to me as a friend. I was shocked. And you haven’t changed since, so great guy, great man. My sincere congratulations.”

Also, Medvedev expressed gratitude to Gilles and Dasha, his coach and wife. He admitted that today was not the best, but the last three months went well. Daniil thanked them for their joint pastime in Australia and realized he had high hopes for an early victory in the Grand Slam tournament.

“It’s just a matter of time before you take the Grand Slam. Wait, please, a few more years”

Novak Djokovic didn’t stand aside and shared his impressions of the victory against the Russian and turned to him with words of support.

“Daniil, you and I used to train more together, and now you stopped calling me (laughs). But I’m pleased that you remember everything that connects us,”

the Serb began his speech.

Novak admitted he loves Daniil very much in life. In his opinion, he is an amiable and pleasant guy. However, on the court, he is one of the most formidable rivals with whom the Serb has ever played.

“It’s just a matter of time before you take the Grand Slam. Wait, please, a few more years,”

In the end, the first racket of the world turned to the stadium, urging the audience to evaluate what Medvedev has done recently, namely a series of 20 matches won. He noted this is amazing.

“In general, about this tournament, there were many conflicting emotions, but ultimately it passed with great success, and I congratulate Tennis Australia. It wasn’t easy on many levels, but they can be proud of themselves. Thank you so much for doing it all. Finally, this court – Rod Lever’s arena – I love you more and more every year.”

We can only wish both players great success and thank them for the fantastic matches they played on Australia’s courts. Let’s hope that both Novak and Daniil will continue to delight us in great tennis.