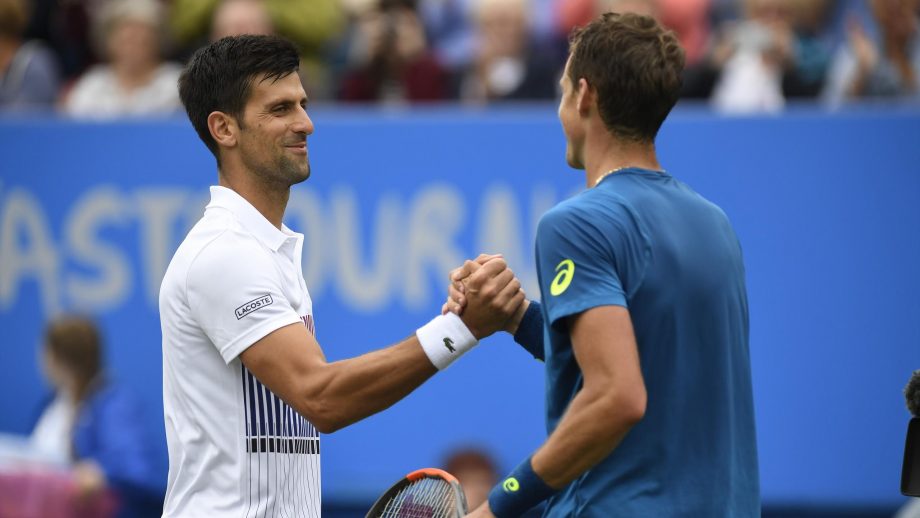 Djokovic and Medvedev on the court together

Last week, information appeared on the network that one of the Grand Slam tournaments – Roland Garros – will be postponed for a week. The competition will run from May 30 to June 13 instead of May 23 to June 6. It means there will be a two-week break between Roland Garros and Wimbledon.

However, the postponement is not due to a worsening epidemiological situation and stricter anti-coaching measures. Instead, it’s the opposite. The delay is because Covid-related restrictions may be lifted in France by June. By changing the tournament dates to a later date, the organisers plan to increase their profits.

Due to the postponement, the grass tournaments in Stuttgart, Hertogenbosch, and Nottingham, which are due to start on June 7, may be cancelled. In this case, the French Tennis Federation will pay compensation to their organisers.

“I’m a little bit surprised, in terms of the rules – not specifically at Roland Garros, but in the whole country – what will change if we hold the tournament a week later? It’s about the coronavirus. I’m not sure the situation will change much in a week,”

Medvedev said it’s a bit ridiculous, this situation in general. He thinks it’s as if, if you move the tournament by a week, the Covid will evaporate in that time. And that there are too many rules now and sometimes there should be some exceptions.

“As a player, I welcome it because I will have an extra week of preparation. I will properly spend two weeks after the Rome tournament to make the trip to Paris a success. We’ll see what they do with the grass season,”

In addition to Medvedev, the current world number one, Novak Djokovic, also spoke about the situation. The Serb believes people have to accept the position and move on, sincerely hoping the tournament will go ahead. He admitted all tennis players want it to happen.

It should be recalled that last year Roland Garros was postponed until October. Naturally, it was already cold in autumn, and this was the first time the athletes played the tournament in such conditions. This time it was postponed by just one week.

As Djokovic understood, one of the main reasons is that the restrictions might be relaxed by then, allowing more spectators to enter the stands. And he hopes that will be the case.