The singles semi-finals of the 2022 US Open have wrapped up and we have found our two finalists for the men’s singles category of the current championships. As expected, the two favorites from the semi-final fixtures have progressed to the finale.

Whilst, 23-year-old Casper Ruud of Norway booked his place in his 2nd major final of the year after the French Open as he defeated Russia’s Karen Khachanov in a 4-set battle in the semi-final at the Flushing Meadows on Saturday. 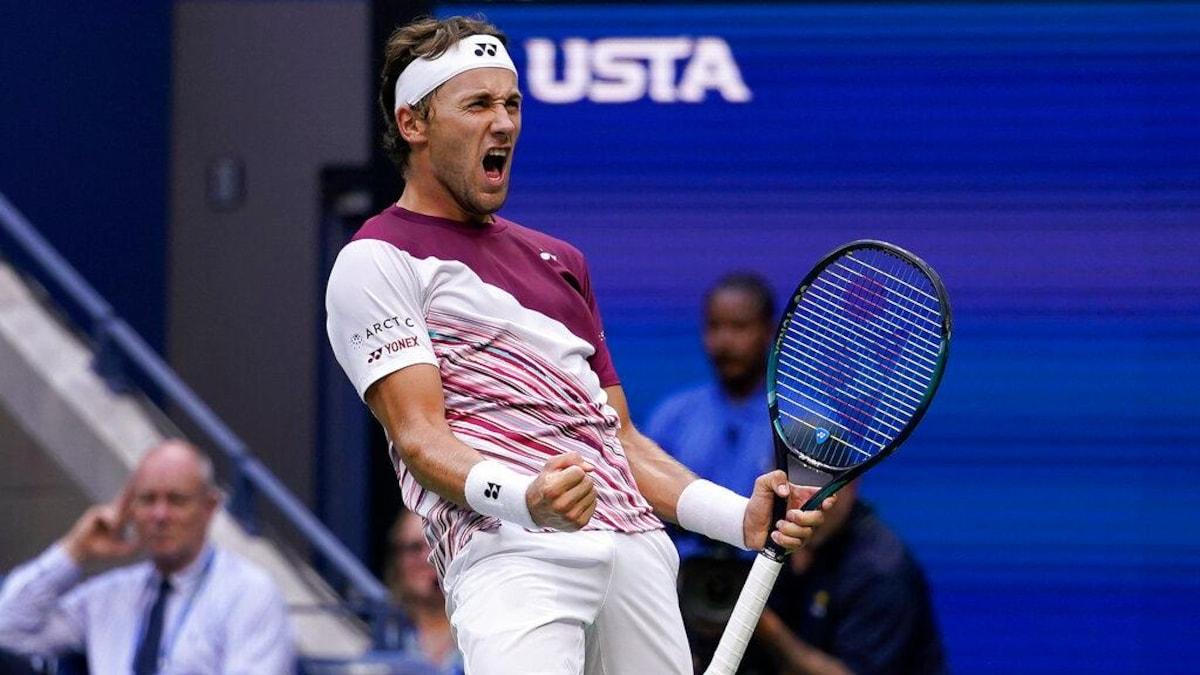 Norway’s Casper Ruud advanced to the men’s singles final of the US Open 2022 after beating Russia’s Karen Khachanov 7-6 (5), 6-2, 5-7, 6-2 in the semi-final at Arthur Ashe Stadium. The 23-year-old will play his 2nd major final of the year, establishing his credentials as one of the finest young talents going around in the circuit.

Earlier this year, Ruud played in the final of the French Open where he lost to the legendary Rafael Nadal. However, he was flattered to deceive at Wimbledon. Nevertheless, the Norwegian star has well and truly made amends by advancing to his maiden US Open men’s singles final.

Casper Ruud has an opportunity to become the No.1 in men’s tennis as early as Monday. The winner of the US Open crown will be the new No.1 and thus it would be him or Carlos Alcaraz who will be numero uno in the male rankings.

On Saturday, Ruud was at his absolute best both from the back of the court as well as the frontcourt, winning 87 per cent of points at the net. The Norwegian was also nearly spotless with his serves, maintaining a win percentage of 82 on the first serve as compared to Khachanov’s 68.

The first set of the semi-final was an absolute humdinger. Ruud broke Khachanov’s serve after which the Russian made a stupendous comeback. The set went into a tiebreaker following which both players were involved in a staggering 55-shot rally. The second set was a one-sided affair as Ruud stood one set away from making it through to his maiden Grand Slam final.

After going two sets down, Khachanov upped the ante and produced a decisive break when Ruud was serving to stay in the set. It was a valiant effort from the 27th-seeded Russian, who forced a fourth set.

Ruud earned an early break to seize the initiative in the fourth set and from there on, he didn’t look back and closed out the set and match. Khachanov had to save three match points in the eighth game of the fourth set, but he failed to save even one. Ruud held his serve to get past the finishing line. Khachanov came into the semis after beating Australia’s Nick Kyrgios in the quarterfinal, but Ruud turned out to be too hot to handle for him. 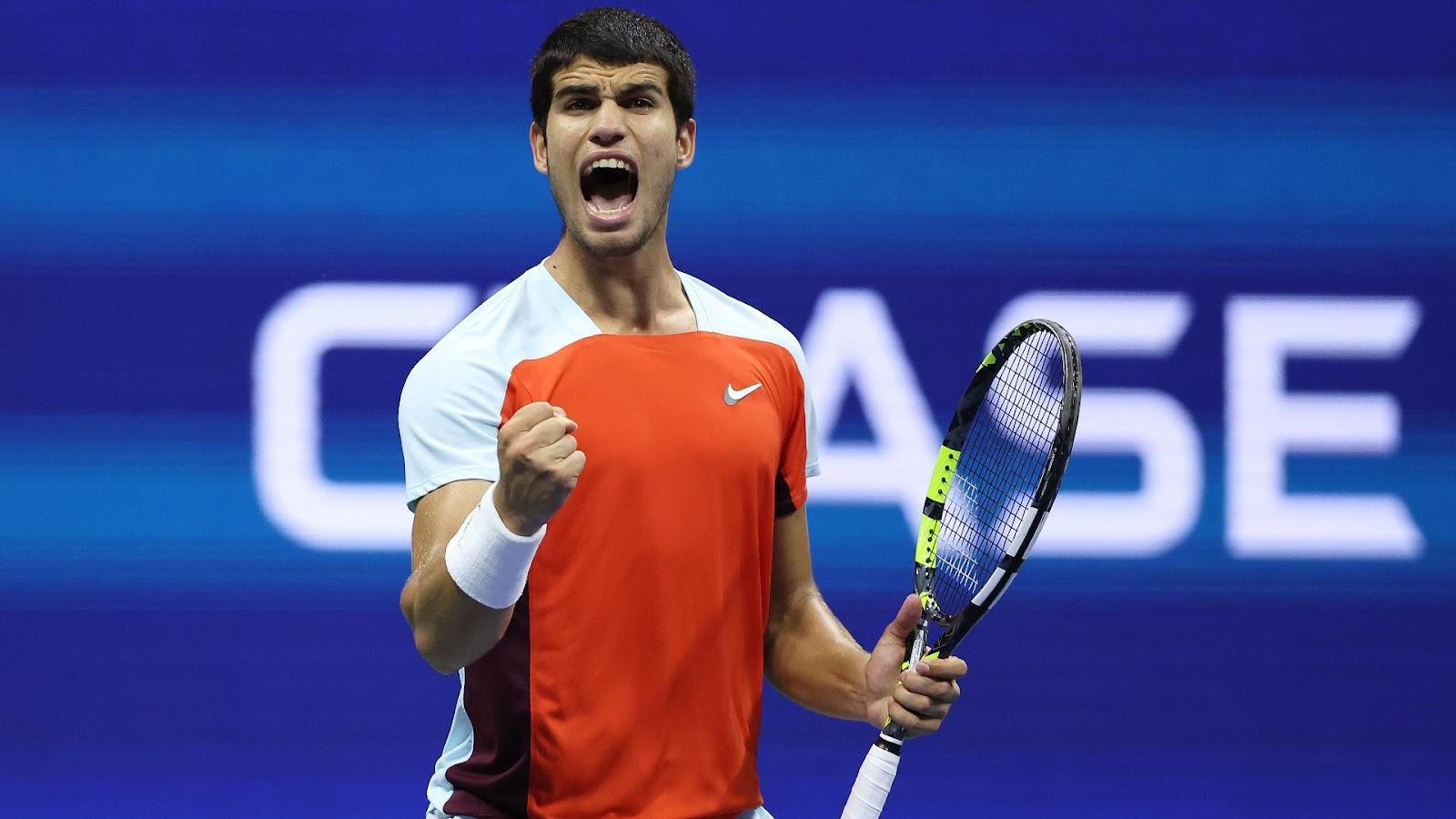 Third-seeded Carlos Alcaraz overcame a spirited and local favourite Frances Tiafoe to advance into his maiden US Open final on Saturday.

The equation was down to three players – Rafael Nadal, Casper Ruud and Carlos Alcaraz, but Ruud eliminated Nadal from the race after he defeated Karen Khachanov in the semi-final. With his semi-final win, Alcaraz has become the second Spanish man to reach the US Open final after Nadal.

Both Alcaraz and Tiafoe consistently hit groundstrokes and the serves aggressively, indicating how much the sport has evolved since the domination of the Big Three. Alcaraz saved four points in the opening set with a series of serves and groundstrokes. But just when it seemed the set was going in favour of Alcaraz, Tiafoe maintained his calm and took the first set in a tiebreak.

Alcaraz upped his game and drew even with Tiafoe with his brilliant shot-making in the second set. The Spaniard continued to frustrate the American and even threatened to some extent as he took the third set in a dominating fashion. With Alcaraz one set away from entering into the final, Tiafoe bounced back and took the set deep as he forced a tiebreaker before pushing for the deciding fifth set.

Alcaraz missed one break advantage but didn’t repeat in his second chance in the fifth set. Tiafoe missed a shot in the net and Alcaraz eventually fell to his back to celebrate his victory over Tiafoe. The win made Alcaraz the first player on Tour to reach 50 wins this season.