Can the achievements of a decade ago bring you success today? 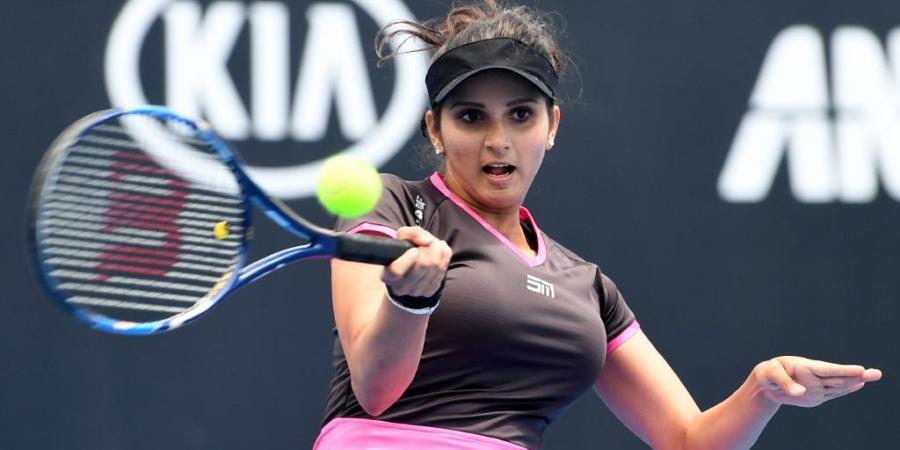 Sania Mirza, the former first racket of the world in doubles, is considered a trailblazer in Indian sports. The Indian tennis star not only impressed in Grand Slams but also won her first WTA title to be named WTA Newcomer of the Year in 2005. Thus, being the owner of six Grand Slam titles, Mirza became the first Indian woman to be ranked world No one after she occupied the position in the WTA doubles rankings in 2015. Over the last 15 years, she brought women’s tennis in India to a place of prominence with consistent performances.

Great success in doubles isn’t uncommon for Indian tennis. Participating in Grand Slam tournaments and not only, together with Martina Hingis Mirza forged a lethal partnership, winning as many as 14 titles together, thus establishing themself as one of the best female duos in the Open era.

Success came to Mirza in her early years. First, she made her mark in the singles category, where she defeated the best players and was seen as a young talent. It’s sporadic for Indian tennis. And then, keeping on the long and challenging path to success, continued the form in the senior circuit, impressing before the junior circuit and winning the 2003 Wimbledon Girls’ Doubles title.

In 2004, Sania won six ITF titles. But she didn’t even stop there. The beginning of her rise marked the 2005 Australian Open. Then, in Melbourne, she not only beat Cindy Watson and Petra Mandula in the second round but also set up a dream contest against Serena Williams in the third. Even though she was beaten in straight sets, the Indian still had made it into the big league.

Just a month later, Mirza became the first Indian woman to claim her first WTA title, namely the Hyderabad Open. This moment once again emphasizes the strength of the success of the Indian tennis player.

As you know, the goals achieved are entirely motivated to overcome new obstacles. Continuing growing in confidence, Sania gave another promising performance at the Dubai Tennis Championship, where she reached the quarterfinals. Having beaten Jelena Kostanic Tosic in three sets after losing in the first, she entered the next round, where she upset the current US Open champion, Svetlana Kuznetsova, making this performance the best in this tournament.

It should be noted this match was not only the best but also one of the most difficult because, during the game, Mirza was disturbed by an ankle injury. Despite this, everyone saw the Indian can overcome injuries. Down 0-4 in the first set and struggling with an ankle injury, Sania showed her character by winning six games in a row to take the first set 6-4. To fix this victory, the tennis player made the right decision – not to look back, and won the second set 6-2.

After the match, the 34-year-old tennis player gave a short interview, where she shared her impressions about the game. In a few words, she spoke about the difficulties she faced due to her injury.

“My ankle was killing me. That was the third time in three weeks. I cried because I was in terrible pain. But I took a painkiller, and I think it took a couple of games for me to get used to the taping, and the painkillers started working 15 or 20 minutes after that,”

said Mirza after the match.

A little later, at Wimbledon, Kuznetsova got her revenge when she beat Mirza in the second round. However, the Indian kept the tension up to the third set.

Mirza continued to replenish her collection of impressive performances and reached her second WTA final in August at the Forest Hills Tennis Challenge. There she lost to Czech Lucie Safarova in three sets.

Despite everything, Mirza managed to save her strength by the last Major of the year, reaching the fourth round at the US Open and becoming the first Indian woman who achieved such a result. She beat Maria Camerin and Mashona Washington in the first two rounds, before creating history with a straight-sets win over France’s Marion Bartoli.

To win in the tie-break, Mirza battled back and survived a few scores in the first set, although it was broken in the first game of the match. After exchanging breaks in the second set, Mirza held her nerve to win 6-4 and set up a clash against Maria Sharapova.

Although the Russian woman swept Indian, she more than left her mark on the competition. The end of the year also didn’t stand aside. At the Japanese Open, the tennis player reached the semifinals with victories over Vilmarie Castellvi, Aiko Nakamura and Vera Zvonareva, forcing the audience to be shocked.

Of course, the consistent performances of Sania Mirza were rewarded. In 2005, she was named WTA Rookie of the Year, finishing in 31st place in the world ranking. With her 2005 season, Sania Mirza gave India hope that the country may have a player who will regularly perform at Grand Slams. And not just to perform, but to win titles.

Even though numerous injuries disrupted Mirza’s single career, she fulfilled her promise by winning several titles in the doubles category. At 33, she returned after giving birth to her son and won the Hobart International title in her first tournament after a long break.

Reading the story of Sania Mirza, now considered one of the greatest athletes in India, you are somehow inspired by her. This girl managed to get around all the obstacles in her path and show herself no matter what. It deserves respect and makes you always move on.

Looking back, we can confidently say that 2005 securely secured her place among tennis elites.