Australian Open didn’t go according to plan: from quarantine to $ 20,000 fine 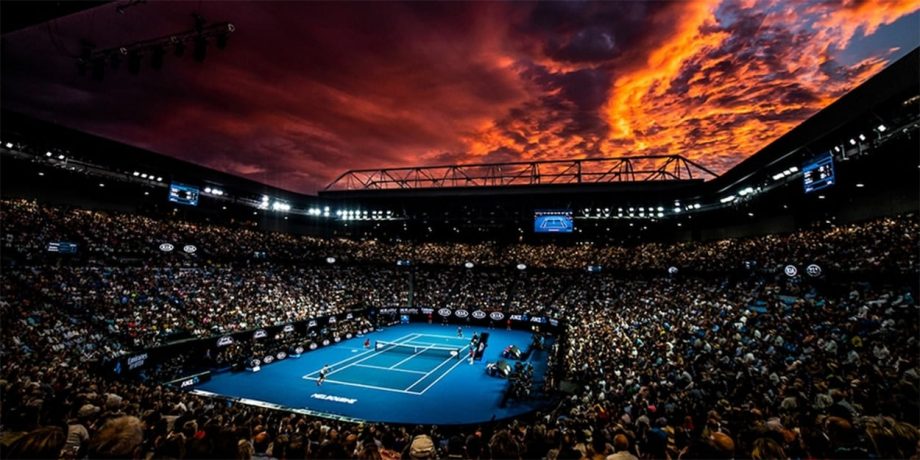 As for now, after the results of the PCR test, tennis players who were already preparing to participate in the Australian Open began to get nervous. Many players have tested positive for COVID-19 after arriving in Melbourne on flights from Los Angeles and Abu Dhabi. As a result, all 47 athletes on board the two aircraft were quarantined for two weeks.

And already this Sunday, the fourth person who arrived on the same flight from Doha, received a positive result after arriving in Melbourne. Thus, the number of potentially infected players in quarantine until January 29 has almost doubled – now it is 72 tennis players.

Tennis Australia is the host of the first major tournament of the year. They, in turn, made sure to obtain permission from the Victorian government to allow players to leave their hotel rooms for a maximum of five hours a day in order to train. However, if earlier it was assumed that all tennis players on the list would be able to get this chance, it is now known that 63 players will not be able to leave their apartments. These are the people who have been on board three aircraft who have tested positive for an individual (no player) test.

Of course, many players started to complain and send reports of protocol violations.

20 thousand dollars for an open door

Based on information provided by Seven News, two tennis players were caught opening the doors of their apartments and rooms. Moreover, they were warned in advance not to do this. There were rumors that one of the quarantined players “opened the door to try and talk to his fellow training in the hallway,” said Emma Kassar, head of the Victoria Department of Corrections. He deals with such important issues as public health and safety.

“You can always use your phone and use it instead of putting yourself and others at risk.”

There is also information that the player opened his door to shout out to the maids and other people. The player praised himself for his tremendous efforts and opened the door to do so. Emma Kassar believes that such cases are rare and there is little chance of infecting someone, but nevertheless it is dangerous and they cannot put up.

According to published information, Tennis Australia and the Victorian government have agreed that players who commit such acts can be fined up to $ 20,000 (more than Indian rupees 11 lakhs) for violating strict protocol. However, the head of the state’s Department of Corrections is considering placing a Victoria Police officer behind the door of common criminals.

Such actions have sparked a string of concerns about the behavior and social responsibility of tennis players. Thus, during one of the flights from Abu Dhabi, Kuznetsova took a picture, which shows that the player was flying without a mask. As it became known later, this flight had a positive result.

All you need is in the apartment

Unable to open the door, go somewhere or train, the players began to train inside with the equipment available to them there. Doubles specialist Santiago Gonzalez posted a video on his Instagram account where he showed how to do crunches and other bodyweight exercises.

Vasek Pospisil from Canada worked with resistance groups, Alison Riske was smart and decided to use bottled water as a weight. Yulia Putintseva from Kazakhstan used the wall to hit a ball, while Uruguayan Pablo Cuevas decided to surf on his bed. Among the millions of posts on various social networks, complaints have appeared about slow Wi-Fi or even lack of internet. Fabio Fognini and US Open semi-finalist Pablo Carreno Busta were also unhappy with the food, and Putintseva posted a video of a mouse in her apartment.

Frustrated by such harsh quarantine conditions, Putintseva tweeted the world’s 28th No.

“I would have thought a million times before coming here.”

The 71st racket of the world from Romania, Sorana Kirstea, had the same opinion.

“If we had been told this rule before I had played in Australia … I would have been better off staying at home. They initially told us that we would fly at 20 percent load on the sites, and would only keep in close contact in an emergency if my team’s results were positive. ”

We are still lucky!

Amid all these complaints of ignorance and unfair treatment of players, New Zealand doubles specialist Artem Sitak posted a video to put the situation “in perspective”.

“About a month ago we got a call from Tennis Australia, and there weren’t too many tennis players on that call, which surprised me,”

said the 78th World Doubles Champion who was on board a flight from Los Angeles where two positives cases were found.

Tennis Australia and the organizers told the players about the possible risks that the organization is going to take. What’s more, they mentioned that if someone tests positive in flight, health authorities will decide whether they want to isolate the entire flight or isolate certain sections of the plane.

One of the largest players in the world # 25 John Isner decided to skip the Australian Open due to the COVID-19 protocols in force.

“I think we need to put some things in perspective,”

“Many Australians are unable to return home due to strict rules, and we foreigners, over 1000 people, are here in Australia and are going to participate in Grand Slam tournaments, making a lot of money. I think we are lucky to be here. “