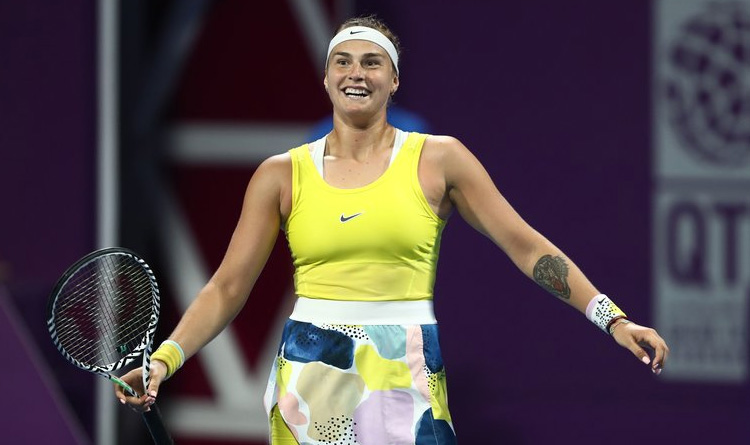 With a fist pump and a kiss blown to the heavens, No 12 Aryna Sabalenka wrapped up the one-sided affair with an unreturnable serve out wide and celebrated her seventh WTA career singles title and second of the year. She later made it an even more unforgettable week as she won the doubles title along with Elise Mertens.

Azarenka: “I played with much pleasure with you in this final, though not in a fantastic way”

Since tennis restarted following its pandemic-enforced hiatus, former world number one Azarenka has been in top form. However, this time she needed a medical timeout in the second set, losing, in the long run, this match in sixty-eight minutes.

“I’d like to, first of all, congratulate Aryna and her crew on a great week. I played with much pleasure with you in this final, though not in a fantastic way.

Thank you absolutely everyone, and please continue to be safe. I also want to say hello to my baby boy Leo.”

A hard way to the final

Returning from the brink of defeat, Sabalenka had to battle twice. First against American Coco Gauff, then against Spain’s Sara Sorribes Tormo, to reach the final. She showed no sign of the inconsistencies that have often dogged her on the vast stage.

Running away with the fit after breaking early in each set, she dominated from behind the baseline with her trademark effective groundstrokes.

Sabalenka told her opponent at the trophy presentation:

“This was not the excellent final. Hopefully you will get better soon. I want to thank all who made this week possible. I enjoyed myself each day here.”

Beating Gabriela Dabrowski and Luísa Stefani 6-1, 6-3 in the final, Sabalenka also won the doubles title along with Elise Mertens.