Arjun Kadhe: “I’m taking it as an opportunity to play matches this year” 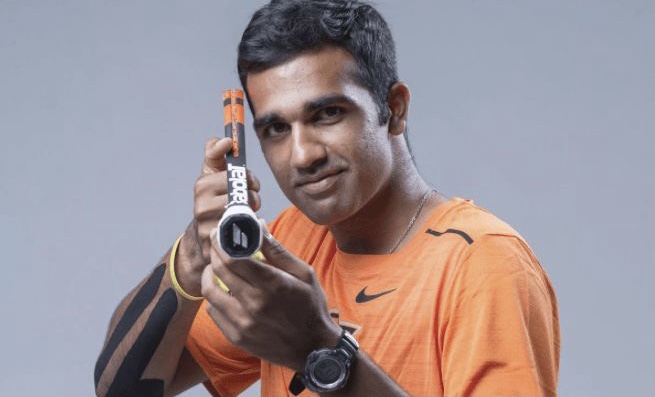 2020 is not the best year for demonstrating any professional skills not only in tennis but also in sports as a whole. Coronavirus forced the organizers of the ATP and WTA to postpone and cancel tournaments one by one, including even Grand Slams. Therefore, tennis players are now catching on a rare opportunity to play in the season curtailed by the pandemic.

Arjun Kadhe, No 660 in singles and No 238 in doubles having received such, is doing his stint in Egypt count. The $15,000 ITF men’s tennis event takes place in Sharm El Sheikh.

On Saturday, when the 26-year-old Indian triumphed with Ukrainian Vladyslav Manafov, he clinched his tenth doubles title and the second in three weeks.

Having won the title in the same place two weeks earlier, Kade and Manafov defeated the Ukrainian Vladislav Orlov and the Italian Francesco Vilardo 6-1. 6-3 in the final.

After the match, in which the duo won, Kadhe agreed to give a short interview and told about his partnership with Manafov.

“It was a great start. We started winning the title in the first week and the second week lost in the semifinals a close super tiebreak after match point.”

Since the professional circuit has begun to make a return amid the pandemic, Egypt was the first stop for Arjun Kadhe. And, judging from the results of the matches, it is sufficiently successful for him.

Since India is in the red zone due to the large number of cases of Covid-19, obtaining a visa and planning trips was a severe problem for all tennis players, and Kadhe was no exception. At the same time, you still need to avoid countries that make quarantine mandatory for travellers from India. Yes, it sounds as difficult as it’s in practice.

Yes, the Europeans have a significant advantage with many tournaments in their home countries. However, there was one joyous moment for the Indians. The rankings have been frozen till the end of the year.

In that context, Kadhe’s primary goal has been to receive as many matches under his belt as possible and be ready to make a move up the rankings when the new season starts.

Arjun had to play qualifying all three weeks due to significantly high cut-off. Despite this, he remains in an elevated mood and is set for significant victories.

“It’s going well. I also got to play a few matches in singles. Since most of the tournaments are getting terminated, all the players are coming here. With the qualifying draw size of 64, it feels more like Challengers, not like Futures,”

The second round of the main draw Kadhe reached a fortnight ago and the main draw first round a week earlier. This week he fell in the final qualifying round.

“I’m taking it as an opportunity to play matches this year. I’m not looking at what level or what tournament I’m playing.”

Arjun also admitted that he tries just to win every match. He feels that he has played some excellent rivalries, and his game is getting better and better every week. Not surprisingly, professional players always need a lot of time to restore their previous form.

“Physically also I feel perfect so far. It’s positive, and I feel fortunate that I can compete and play away from home,”

Well, we’ll follow the further events and hope the 26-year-old Indian will prove himself.