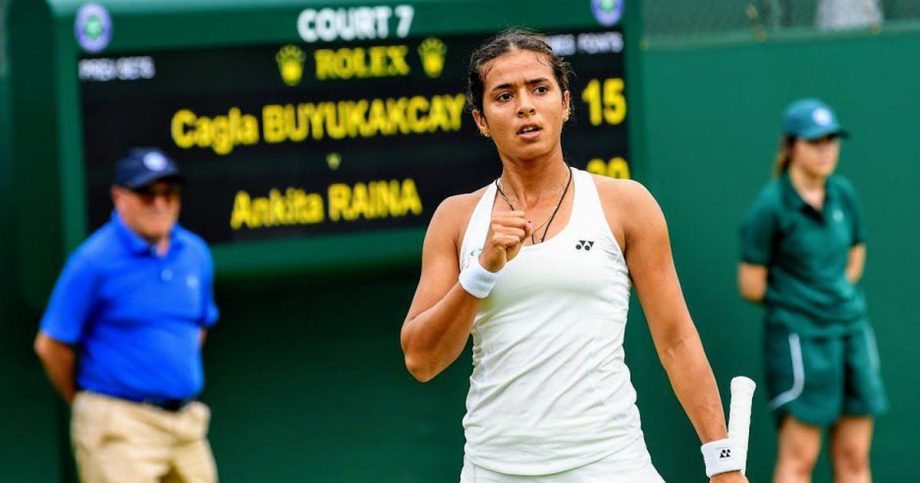 Ankita Raina, who has been playing professional tennis for 12 years, made her debut on green clay.

From the first step on the court, tennis player felt a difference.

“Not strange I was more excited about the prospect of playing on the surface with a different colour,”

For an athlete who has been spinning in this area since 2009, it is rather strange to experience a new surface in the tournament after ten years.

This rare surface currently hosts only one top-level event throughout the season, called the WTA Volvo Car Open in Charleston (before known as Family Circle Cup). Green clay is closer to Americans when red clay remains a classic for European clay courts.

To play on green clay, Raina passed the qualifiers. Moreover, the athlete received only one day of practice before playing on the surface, which she saw for the first time.

In the second qualifying round, Raina met with American Claire Liu and lost. In the opening round with Colombian teenager Osorio Serrano, she also could not win. Nevertheless, after these two defeats, this green surface seemed to be home even more than red, the tennis player fell in love with playing here.

“You don’t slip like you usually do on red clay, and the ball doesn’t bounce too high,”

The widespread use of green clay for tennis courts began in the 1930s when H.A. Robinson stumbled upon a company in Maryland. The company made roofing pellets, which, in his opinion, can be used to make fast-drying courts.

Two courts were built using this new material in 1932. Mr Robinson used his initials (HAR). As a result, the Har-Tru brand appeared. Today, Har-Tru is one of the world’s largest tennis courts of various types and a leading producer of the green clay surface.

According to the president of the company, demand for a green clay surface comes mainly from North America and Canada.

Green clay was in vogue in the elite American tennis period before the hardcourt revolution. Thus, the US Open was played on the green clay courts of Har Tru from 1975 to 1977.

“A natural, red dirt court plays in an extensive range. It can be very slow and heavy when wet and extremely fast and slippery when dry. Green clay does not have these changes, “,

Interestingly, red clay is much more challenging to maintain and requires twice as much time to keep the court in good condition. Although green needs daily care and maintenance, a large amount of water, it has its strengths.

“Green clay surfaces are easy to design and maintain, easy to repair and quickly dry. It provides safe, controlled footrest and sliding. It plays very consistently in all weather and in a narrow speed range with a limited height to rebound,”

In addition to these benefits, the green court does not become as dirty as red, where sliding can come with its pitfalls. The tennis player also noted that she slides a little even on red clay. But it’s not as dirty as red clay.

However, Hanssen does not consider green as an alternative or replacement for red on European courts. All courts are red clay, since this variety is culturally accepted, and there is considerable knowledge of how to take care of it. He also noticed that it would be expensive to switch to green rather than red.

This was the main reason for the failure of the experiment with blue clay at the Madrid Masters. This idea was widely criticized. However, Raina, who first performed on this court, would not mind playing it more often on pro tours.