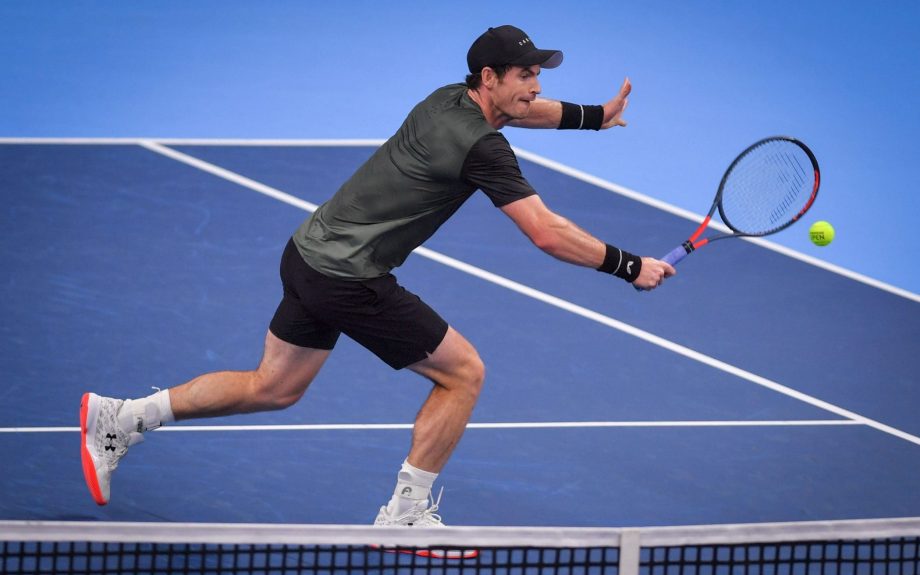 Murray said that asking all tennis players to get a vaccine is a way out of the dilemma:

“I think it probably should be the case”.

Murray hopes that all tennis players will want to do this for the good of the sport – under the critical condition that everything is safe, all testing is accurate and accurate, and there will be no serious side effects. Based on what he’s heard on TV and in the news, there shouldn’t be any severe side effects.

He also admitted that not everyone might be happy with the news.

He was reminded of the doubts of Djokovic, who has some leftist ideas on health issues, in the early stages of the pandemic. Murray also recalled that if Djokovic had to do something to play sports, he would do it. So he suggests to wait and see what will be the position of the ATP on this matter.

Murray also announced the end of another shortened season last month, given his thigh problem after a massive victory in the first round of the US Open, which lasted nearly five hours.

Murray said in an interview that after that, he allowed his indicators to drop slightly. Some numbers in tests fell below his usual standards. According to the player himself, this gave him more long-term motivation than Mats Wilander’s suggestion that he should consider whether it is correct to continue using wildcards.

“I took this scale of body fat percentage, and the readings I got didn’t work for me. I thought: yes, I can get myself in much better shape than I am now. I could eat better, make sure I’m stronger at the gym.”

“For me, it will be potentially ten to twelve weeks, this is the time a boxer will need to train for a big fight, and during that time you can get yourself in great shape. After doing some tests that I didn’t particularly like, it was enough to change my thinking. “

Murray, who started his training again just over two weeks ago, admits that he will most likely never be able to fully replicate the lightning pace that made him such an outstanding tennis player. However, he feels that he can become physically stronger to try to compensate for this.

Murray has been working a lot in the gym lately and trying to break all his personal records, which was an inspiring step for him. The only thing the athlete admits is that he cannot reach the same level in speed. However, Murray hopes it will help him get a little faster on the court, improving his strength and power. He also thinks that he will go deep into tournaments again as soon as he gets fit.

Murray has cast his voice in support of those urging the tennis authorities to adopt policies on domestic violence allegations, such as those attributed to Alex Zverev last month.

Murray doesn’t think they actually came out and said anything meaningful. In tennis, there is no compromise on domestic violence, so sports should pay attention to this.

For now, Murray, like any other player, is awaiting instructions from the Australian Open on when they can arrive to quarantine for the championship, which is set to begin on January 18th.

There are difficult discussions with the Melbourne state government now, and players say they cannot play without sufficient preparation. Tennis Australia wants athletes to be allowed to practice in the bubble when they arrive at the base.

According to the athlete, the tournament was planned to be postponed for a couple of weeks, and not until March in Indian Wells / Miami. He thinks that this would be the best scenario for solving the situation. Thus, players will be able to arrive there at the beginning of January and how to prepare for the event. Murray, in turn, added that he would come as soon as he could.

Moreover, many players will come from very cold climates. If you then ask them to play at 35, 36 degrees without preparation for the tournament, it simply increases the risk of injury. But if they could be in a hotel room for two weeks, and then they were given three or four days to prepare, the players would not have done it.

Murray now expects to spend Christmas with his family at his home in Surrey, rather than travel to Scotland on a rare visit.

“Obviously it’s hard not to see your extended families at this time of year,”

“But if that’s what we need to do to keep everyone safe for a while, it probably will be worth it.”