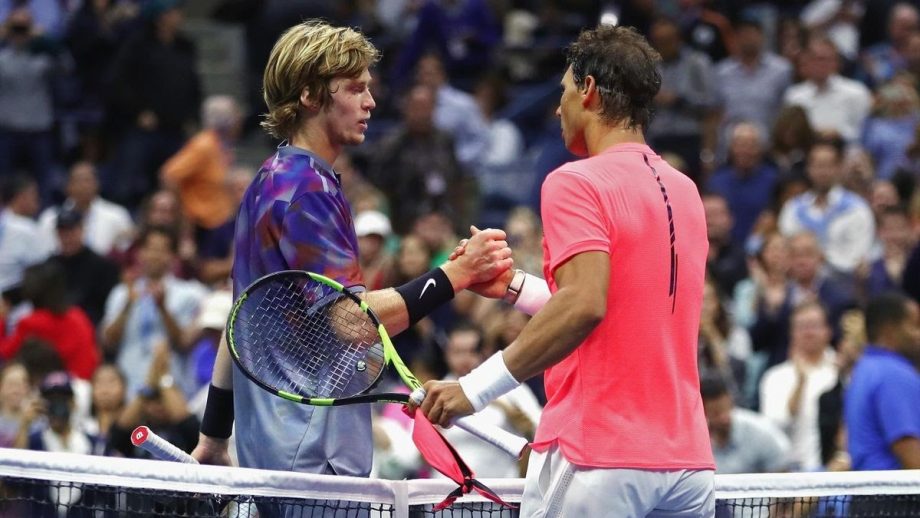 “He is the best athlete in history, not even in tennis”

Andrey credited Nadal for being a big inspiration, when he triumphed at the St Petersburg Open, defeating Croatia’s Borna Coric 7-6(5) 6-4 for his fourth title in 2020.

“There was one moment in their career when they were mentally a little bit down. Or they could get for a little emotionally down during the match and, if something happens, they could lose or something.”

Nadal is on another level for him:

“Rafa is the only one player in history that doesn’t say anything about his health. It doesn’t matter how he feels, bad or good. He always finds a way to win”

His own success and inspiration comes from Nadal

It is important to note that Rublev is pushing for more success himself, sitting at no. 8 in the ATP Singles rankings.

Andrey understands that it takes strong mental resilience to stay at the top.

“If he is not winning, he is losing in three sets after three hours if it is not a Grand Slam. If it is a Grand Slam, it is going to be five hours and against the good players. I don’t know how it is possible to be so strong mentally during all his career,”