Alcaraz and Khachanov stage impressive comebacks to advance to semis  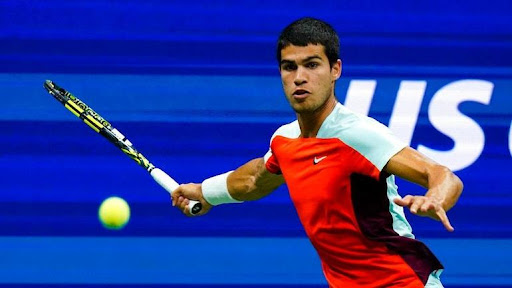 The men’s singles quarterfinals of the 2022 US Open have wrapped up and we have found out our four semi-finalists of the current championships. As expected Carlos Alcaraz does make the cut but only after a gruelling tie against his Italian counterpart Jannik Sinner.

The Spaniard is now set to play America’s Frances Tiafoe who has progressed to the semis after beating Russia’s Andrey Rublev.

American Frances Tiafoe secured his spot in the semi-finals of the US Open for the first time after defeating Russian Andrey Rublev in a three-setter on Wednesday.

Tiafoe, who famously ended Rafael Nadal’s campaign in the fourth round at Arthur Ashe Stadium, became the first American male player to make it to the US Open last-four since Andy Roddick in 2006.

The 24-year-old Tiafoe displayed his all-round brilliance to take down ninth seed Andrey Rublev 7-6(3), 7-6(0), 6-4. Wednesday’s match was a close battle between the No. 9 and No. 22 ranked players. Neither player could break the other during their serving games until Tiafoe succeeded in the third set to go up 4–3. This then allowed him to lead 5–3 after his service game.

This wasn’t the first time Tiafoe upset Rublev. At last year’s U.S. Open, Tiafoe beat Rublev in five sets in the third round. The furthest Tiafoe’s gone in a Grand Slam tournament is the fourth round (2020 and ’21 U.S. Open as well as ’22 Wimbledon).

The 24-year-old’s historic win also makes him the first Black American to advance to a U.S. Open semi-final since 1972 when Arthur Ashe achieved the feat. Coincidentally, Tiafoe played in Arthur Ashe Stadium during Wednesday’s win.

Rublev was the third-ranked player Tiafoe beat in this year’s U.S. Open so far. In the third round, the American took down No. 14 Diego Schwartzman in three sets.

Then, in the Round of 16 on Monday, Tiafoe completed one of the biggest upsets in his career by beating No. 2 Rafael Nadal in four sets. He previously only had seven wins against Top 10 players in his career. 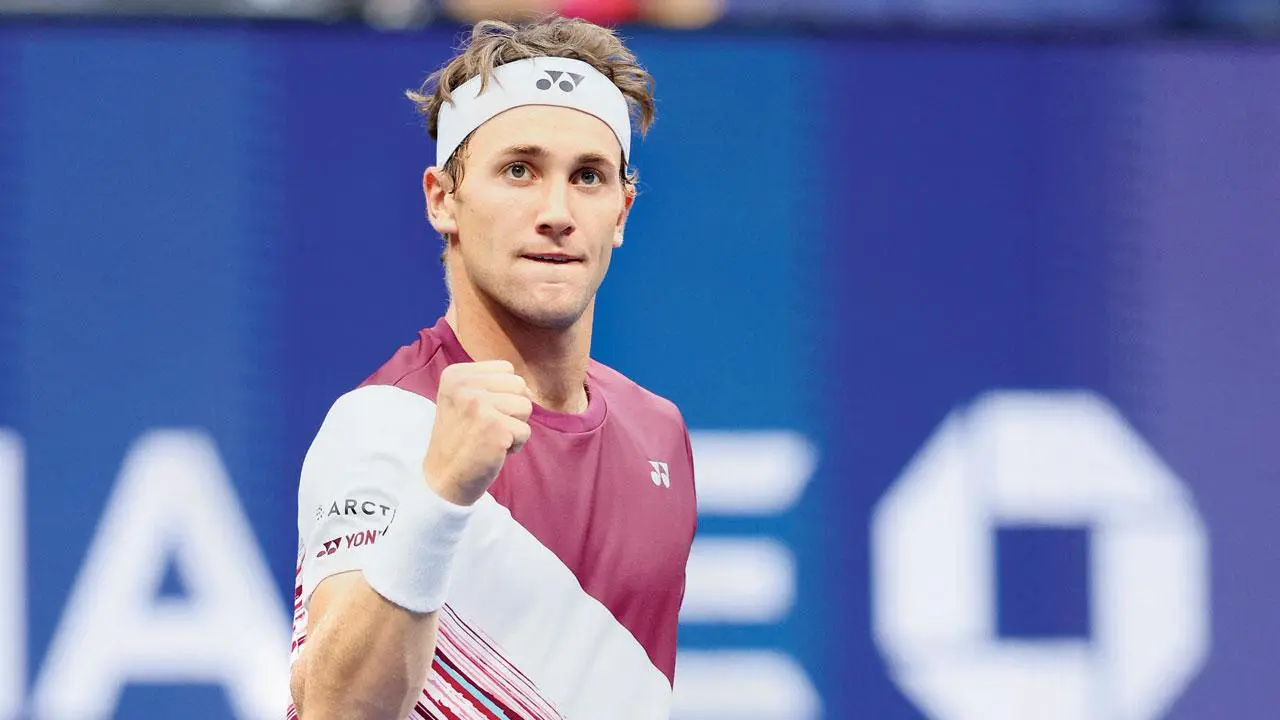 Casper Ruud advanced to his maiden US Open semi-final on Tuesday, September 6th as he defeated 13th seed Matteo Berrettini in straight sets in the quarterfinal 6-1, 6-4, 7-6 (7-4). After winning the first two sets comfortably, Ruud was trailing in the third set but the Norwegian made a brilliant comeback to clinch the third set via a tie-breaker.

The French Open runner-up beat Berrettini on clay in July’s Gstaad final and looked just as effective on the hard court, hanging back behind the baseline to absorb the 13th seed’s power. Sprinting through a sublime first set in which he produced just two unforced errors, it looked like Ruud was on track for a blowout victory when he was up 5-1 in the second set.

The Norwegian won the first five games, breaking Berrettini twice and took the first set 6-1, while he clinched the second 6-4. But Berrettini, who was sidelined a number of times this season due to injury or illness, slowly began to find his usual level and appeared to have cracked the code in the third set when he broke Ruud in the second game and saved four breaks in the third.

Ruud mustered a terrific comeback, breaking Berrettini in the ninth and never trailed in the tiebreak.

Spanish sensation Carlos Alcaraz came from behind to beat Number 11 seed, Jannik Sinner, in the second longest match in the history of the US Open on Thursday.

In the slugfest, the 19-year-old Alcaraz secured the opening set comfortably and almost held off Sinner in the second set, which eventually went down the wire as the 21-year-old Sinner saved four set points at 5-6 to force a tiebreak. It was the Italian who emerged victorious in the tiebreak 9-7 to make it one all. Interestingly, Alcaraz struck 16 winners to five unforced errors and still lost the set.

The match heated up in the third set with the level of play on both ends at Flushing Meadows. However, Sinner built on the momentum in the third set. The contest witnessed another tiebreak, which turned out to be a walk in the park for the Italian, 7-0.

Sinner, leading 2-1, secured two early games against Alcaraz in the fourth set. Alcaraz made a comeback before Sinner ensured a two-game cushion at 3-1. However, Alcaraz never went away from the contest as he pushed the fifth set after holding on to the match point and breaking Sinner multiple times.

Alcaraz then continued his momentum with a fired-up performance to wrap up the match, which lasted five hours and 15 minutes, making it the second-longest contest in the history of the year-end major. The gruelling five-hour and 26 minutes semi-final match between Sweden’s Stefan Edberg and American Michael Chang in 1992 stands as the longest match at the US Open.

Alcaraz was in superb form at the US Open as he didn’t drop a set in his first three rounds. The Spaniard held off the 2014 winner Marin Cilic to enter the Round of 16. With the win, Alcaraz has equalled the head-to-head record against Sinner 2-2. Earlier, Alcaraz defeated Sinner in the Round of 32 during the 2021 ATP Masters 1000 in Paris before losing to Sinner on two occasions this year – Round of 16 at Wimbledon and the final of the Croatia Open.