A new star in the tennis’ world? How young Swiatek began her career, as well as her goals for the future 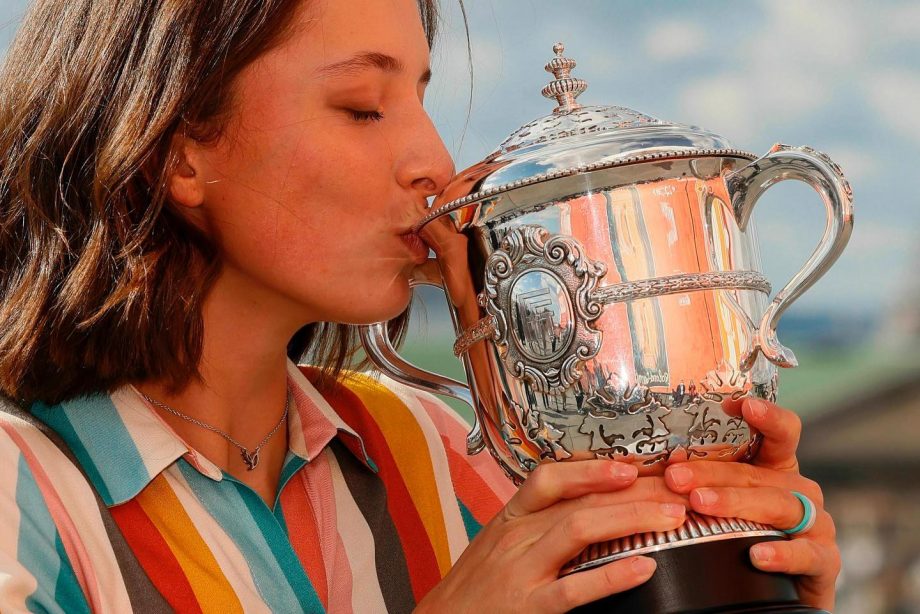 More and more rising stars appear in the sports world every year, who win their spectators’ hearts. Tennis, by the way, is no exception to that. Polish tennis player Iga Swiatek, who keeps the 17th position in the world ranking, managed to surprise everyone by achieving shattering success only at the age of 19. Having won this year Roland Garros, one of the leading Grand Slam tournaments, the athlete confidently stated she wouldn’t stop at all. In this article, you can learn not only about Iga’s difficult path but also about her plans for the near future.

From the first steps to the great victories

The initiator of Iga’s sports career was her father. Tomasz Swiatek – a rower, played at the 1988 Olympics in Seoul for the Polish national team. After Tomas crossed over there in the dining room with Steffi Graf and Gabriela Sabatini, he decided his daughter should engage in tennis. So began the difficult but at the same time incredible path of the young Polish.

Once Iga gave an interview where she talked about the beginning of her career while mentioning her father. It was noticeable the tennis player doesn’t regret his decision at all, and even vice versa is very grateful to him.

“My father brought me to tennis. He was a rower. In general, he was an Olympian, and it was exactly from him that I got the spirit of rivalry,”

A career at a young age. Being still very young and playing juniors, Iga collected many prestigious trophies. At the age of fifteen, she won the Junior Federation Cup as part of the Polish team. At seventeen, she won the junior Roland Garros in a pair, and a few weeks later, she won the singles at Wimbledon. At the Youth Olympics in 2018, Iga took a gold medal in doubles. In the adult tour, she was already entering as a promising junior, giving all Polish fans hope.

The adult stage of career. In the adult tour, Iga appeared already in the 2016 season. She began, like everyone else, with ITF tournaments. In the seasons 2016 and 2017, she played juniors, but in adult tennis, she periodically appeared and earned rating points, although, by the end of 2017, she was among the eight hundred tennis players on the planet.

Having wholly moved to the adult level, the Polish girl gradually got used to the ITF level and managed to win the trophy seven times in two years.

Playing on the WTA tour. Since Swiatek began to grab the rating, the Polish spent the 2019 season almost entirely on the WTA tour. Iga played quite aggressively and used all her chances. The first thing she did was qualifying in Auckland but lost in the final round. But at the Australian Open, the young Polish passed the qualification and reached the first round of the main draw. In February, Swiatek made her debut at the Federation Cup, playing two matches, one of which ended in victory. In the same February, it was possible to pass both the qualification and Budapest’s first round. Swiatek failed to go to Indian Wells – Miami, the bundle of American tournaments but managed to go to Lugano, where she reached the final of the WTA tournament for the first time in her career. There she took a set from Polona Hercog but lost the match itself. At Roland Garros, Iga surprised the tennis world by going through three laps. Only Simone Halep could stop her. There was another third round of Toronto, the second round of the US Open, and Cincinnati. Finally, Iga completed the year in 61st position in the ranking. If she continues to play in that way, then next season, she will draw up the first WTA title.

Of course, from the outside, it may seem Tomas Swiatek wants to realize his Olympic ambitions, but only in the person of his daughter. Moreover, Iga already has a medal from the Youth Games. Two years ago in Buenos Aires, a tennis player won doubles with Kaya Juvan from Slovenia. Last year, it was officially announced Swiatek got into the national team at the Tokyo Olympics. And she has every chance of a medal. However, having studied in detail Iga’s path to success, it becomes clear that without love for this sport and a vast desire for significant victories, there wouldn’t be half of what this young athlete has already achieved. Moreover, it’s only the beginning, and then, we are sure that the Polish is waiting for a brilliant career as a tennis player.

What is the price for success? Overcoming injuries, as well as goals for the coming years

Recently, the Roland Garros champion gave another short interview in which she spoke about injuries that almost prevented her from moving up further. Due to an ankle injury in 2017, Swiatek dropped out for seven months. Those who were associated with professional sports at least once are well aware of how this can interfere with their careers. Unfortunately, being so young, Iga had to face this problem now.

“One of the most challenging moments of my career was surgery. I wasn’t sure if I’d come back if I’d be strong enough. Overcoming injuries is the most difficult in our sport. Returning stronger, I felt tennis is my life: I will play, no matter what. Now, it’s my everything.”

Swiatek also shared information about what goals she sets in sports. Honestly, the plans of the Polish are rather grandiose, but its successes recently fully justify them.

“My main goal in tennis is to win all four Grand Slams and Olympic gold. But in general, I just want to be a stable player and spend ten years in the top ten,”

Well, if the athlete will support the form in which she is now, she will be able quite calmly to achieve all her goals. Most likely, not only excellent physical preparation but also aspiration and extraordinary willpower, which allows going to success no matter what, helps Swiatek.

The most important thing is not to stop there. It remains to follow Iga’s further performances and hope she will delight the audience with her achievements for a very long time.