Top 5 players with the most Tackle Points in PKL history 

Pro Kabaddi League fever is back among fans with the new season set to begin on October 7. It is going to be a two-and-a-half-month-long tournament that will go on till mid-December. Prominent raiders in Kabaddi including Pardeep Narwal, Pawan Sehrawat, and Vikash Khandola are set to represent their teams once again.

While Pardeep will play for the same team UP Yoddha, Vikash Khandola will join a new franchise Bengaluru Bulls. Pawan Sehrawat, on the other hand, has moved to Tamil Thalaivas for a whopping 2.26 crore.

The upcoming season is back with a bang with the fans being allowed to enjoy the game in the arena. This is the first time after COVID-19 that Kabaddi fans can cheer for their star players from the stadium.

As the prestigious Kabaddi tournament is just around the corner, today, we are here to showcase the players with the most tackle points in the league’s history. Here are the top five players starting with the bottom:

One of the legends of the game, Surjeet Singh is a well-known defender in PKL history. The 32-year-old has scored 331 tackle points in 114 matches so far. In the previous edition, Surjeet captained the Tamil Thalaivas and scored 57 tackle points. In the recently concluded auction, he was sold to the Telugu Titans for a massive amount of 50 lakh. He is one of the few players who have played over 100 matches in PKL history.

Surjeet Singh holds the record for the most ‘High 5s’ in the Pro Kabaddi League with 29 to date. With a new team to play for in the upcoming season, the top right corner would like to start fresh and add to his tackle point total.

Another legendary player, Ravinder Pahal, has been one of the best to date in the Pro Kabaddi League. He scored 338 tackle points in 120 matches and will look forward to raising the count. Pahal played for Gujarat Giants in the previous edition, having played just 8 games for them. This time, the Telugu Titans bought him for 23 lakh to keep their defense strong.

The experienced Pahal, who is also known as ‘The Hawk’, was at his best in PKL 6 and PKL 7 with 59 and 63 tackle points to his name. Known as one of the best corner defenders in the league, Ravinder Pahal has 23 High 5s so far. The Titans would like to make full use of his services in the upcoming edition. His block and double thigh hold make him the perfect buy for any team. 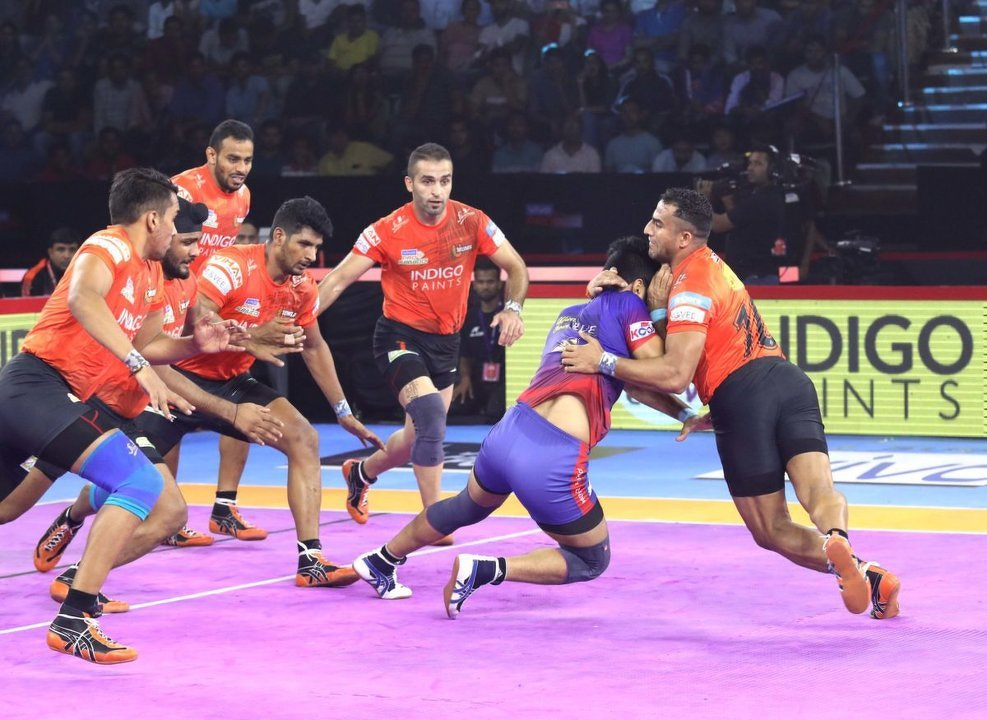 Sandeep Narwal’s name will always appear whenever we talk about some of the great Kabaddi players. Sandeep has scored 348 points in 149 PKL matches to date. He was a part of Dabang Delhi last season, which won the title. The legendary player played a crucial role in making Delhi victorious.

The recent auction saw Sandeep going unsold, which was a shocker for many Kabaddi fans. However, Gujarat Giants recently opted to have him in their squad. Sandeep would not only solve their defensive issues but also guide the youngsters to deliver their best.

In the previous season, Sandeep scored 38 tackle points, which was a good effort. His release was a surprising call made by Delhi. The Haryana-born player has 29 Super Tackles to his name in Pro Kabaddi, which is the most by any player in the league.

Iranian legend Fazal Atrachali is the only overseas player to make it to the list. He has scored 368 points in 125 games to date. He is currently the second most successful defender in PKL history. Since Season 3, Atrachali has featured five out of six times in the list of top 10 defenders of the season.

Not only this, Atrachali is the only defender to cross the 80 tackle points mark twice in succession (Season 6 and 7). He is now set to play for Puneri Paltans after being bought for 1.38 crore in the auction held in August. Puneri Paltans qualified for the playoffs last season but couldn’t play well. Now, with the inclusion of Fazal Atrachali, they look to end their trophy drought. 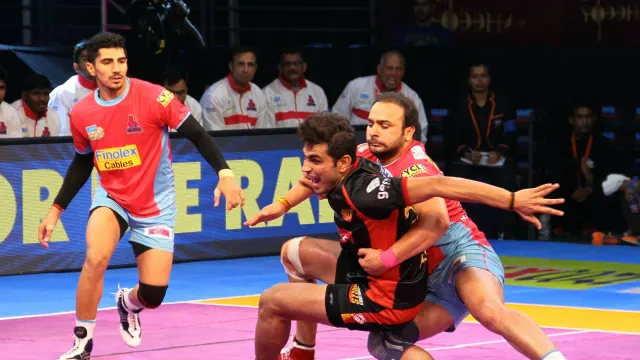 He also has 25 High 5s to his name, the second most in PKL after Surjeet Singh. Manjeet has now retired from the PKL after winning the title for Dabang Delhi last season. He played an integral role in helping Delhi win its inaugural championship.

The legendary Indian player has now been appointed as the assistant coach of the Telugu Titans, where he will try to turn the tables for them. Telugu Titans had a disastrous outing last season, with just 1 victory out of 22 games. Having Manjeet in their dugout can solve most of their problems.