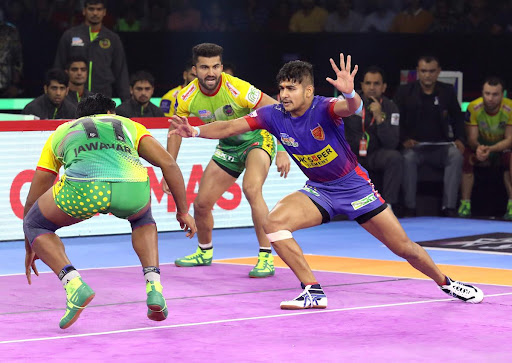 Will Naveen be able to break the curse of losing finals?

The stage is set for the Grand Finale of the most anticipated Pro Kabaddi League edition and a 66-day amazing journey of Season 8 finally comes to an end. Season eight’s solitary venue Sheraton Grand Whitefield Hotel will be hosting this ultimate battle for PKL crown between a dominant force of Patna Pirates and rageous challengers Dabang Delhi.

Just like the previous edition, the Grand Finale encounter will consist of the top two finishing sides from the league stage. As the challengers who emerged from the Eliminator round, UP Yoddha and Bengaluru Bulls failed to advance through the penultimate games. The two final combatants have proven themselves as the most stable sides and are known for team efforts despite having many overpowered individuals on the roster.

The Dabang fauj is one of the only two franchises who completed double over the three-time champions in the league stage campaign, others being Jaipur Pink Panthers. Patna couldn’t get past the Naveen-less Dabang Delhi side in their first encounter with the blues while a second-string Pirates Army gave tough competition but the capital-based franchise brought them down convincingly.

At such a big stage, we all expected Patna gaffer to start Monu Goyat but Ram Mehar Singh had a different plan. Guman Singh was preferred over Goyat in the Starting 7 and the youngster grabbed it with both hands by emerging as Patna’s best raider from the semifinal clash. Ashu Malik had a dreaded night against the Bulls where he was substituted off early without scoring a single point while Neeraj Narwal came from the bench and scored quick five points in seven raids. Neeraj will be expecting a start in the finale ahead of Ashu while in-form defender Krishan Dhull will be also prepared for another cameo appearance for the capital-based franchise.

Patna finished the Season 7 campaign as the eighth rank holder in the points table while the circumstances worsened when they didn’t have the services of Pardeep Narwal ahead of the current season. But despite all the odds, the most decorated franchise in the history of PKL performed exactly according to their status and are just one step away from their fourth title. The green outfit is here, after thrashing the neighborhood rivals UP Yoddha by 37-27 in the first semifinal.

Delhi is the fourth franchise after Mumba, Patna, and Gujarat to be able to play Pro Kabaddi finals for consecutive seasons. Coach Krishan Kumar Hooda and his Dabang fauj missed out on the last attempt but will leave no stone unturned this time. It is also a golden opportunity for veterans Manjeet Chhillar and Joginder Narwal to claim their maiden PKL title in the final years of their glorious careers.

Two out of two wins from the season eight campaign has almost brought Delhi on an equal position and now they’re behind with just one win in the head-to-head count. Pirates are still standing on the count of seven while Delhi has reached six victories from the 14 matches as they also played a solitary tied encounter. The blues from the capital land are also crushing on a four-match winning streak as the Bihar-based franchise registered its last victory over the counterparty back in 2018. 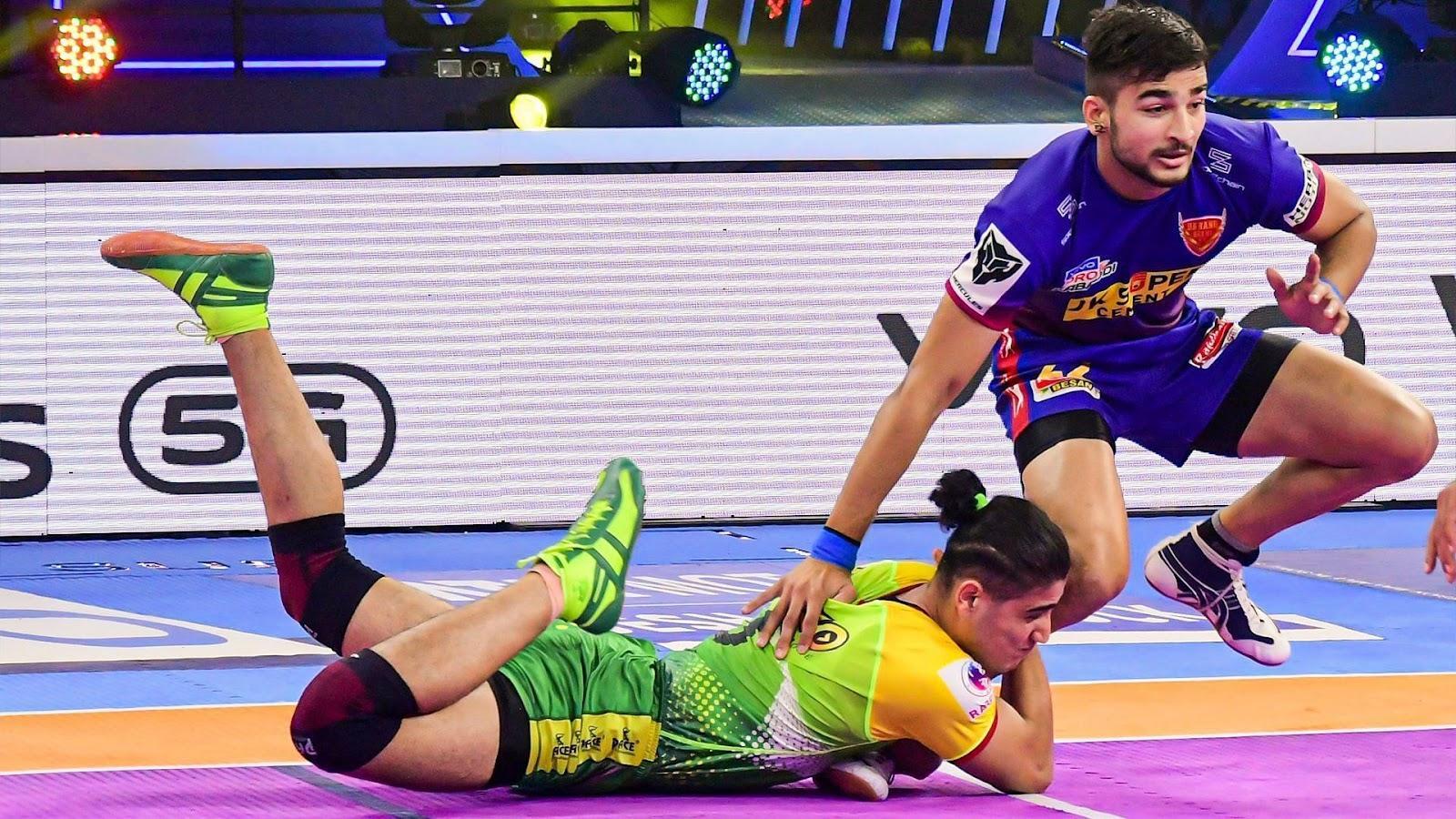 Mohammadreza Shadloui: A six-point performance against UP Yoddha in the semifinals ensured the young left-corner defender about his claim on the orange armband. The Iranian Prince is currently standing on the pole position with 87 tackle points from 23 games and is five points ahead of second-placed Sagar Rathee. Shadloui will be involved in direct positional combat with Delhi’s raiding sensation Naveen as the whole Pirates fanbase will look up to the Iranian for the glory.

Naveen Kumar Goyat: Naveen’s timeline includes participation in the All India Kabaddi Championship with Air Force Delhi, Senior Nationals with Services, and PKL Season 7 with Dabang Delhi. And all these campaigns have exceptional similarities between them where his individual performance was remarkable but his side lost the final battle and he had to be satisfied with a silver medal. The Naveen Express will be aiming to break this curse and claim the first major trophy of his prosperous Kabaddi career.

This is the only game of the season where both combatants have impeccable chances of winning the encounter and no one is granted even a single shred of advantage. Hence only time will tell that Pirates will be able to clinch the fourth one or Delhi will join them in an elite club of PKL champions.