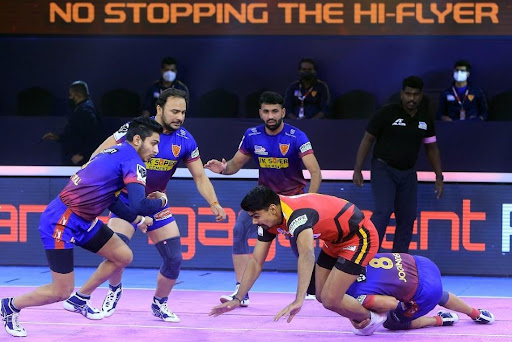 Dabang Delhi‘s another shot at the prestigious Pro Kabaddi League trophy will be intervened by Bengaluru Bulls in the second Semifinal clash of Season 8. Bengaluru’s Sheraton Grand Whitefield Hotel will be hosting this high-voltage contest between two superstars Naveen Goyat and Pawan Sehrawat as the ticket for Grand Finale is on the line.

It is a battle of two heavyweights, the sixth edition champions Bengaluru Bulls and the most consistent side from the last three seasons Dabang Delhi and their spearhead raiders. The Delhi captain complimented his roster for the fantastic league campaign saying,

“Every player in the squad has contributed to our success in this competition so far with young and experienced players turning up many times in key moments.”

The Karnataka-based franchise thrashed a Naveen-less Delhi in their first face-off of the season and registered the biggest victory of Season 8. Where Bengaluru captain Pawan’s contribution of 27 raid points was five points superior to Delhi’s total of 22 points. The second clash between these two ended on a 36-36 scoreline and the league stage runners-up are still searching for the first win of the season over the red army.

Dabang coach Krishan Kumar Hooda has the tough task of choosing between Ashu Malik and Neeraj Narwal for the team’s third raider spot as both the youngsters are in-form. While another youngster, Krishan Dhull may have to sit on the substitute bench owing to the team combination. Gaffer Randhir Singh Sehrawat played with the same core of these seven starters throughout the season and is likely to continue it further too.

Bengaluru Bulls ended Gujarat’s contention for the title in the second Eliminator and is ready to play the fourth Semi-final in the history of the franchise. The Bulls league stage campaign pretty much revolved around the Powerstar Pawan and they had to depend on other teams for their qualification. While the blues were privileged to skip the Eliminator round as a reward for finishing the points table in the top two.

The Capital-based franchise is leading the head-to-head count with eight wins while Bengaluru is just behind with six victories from the 16 encounters. These two PKL giants squared off at the playoffs round only once where Dabang fauj eliminated the counterparts to play their maiden final in the seventh edition. 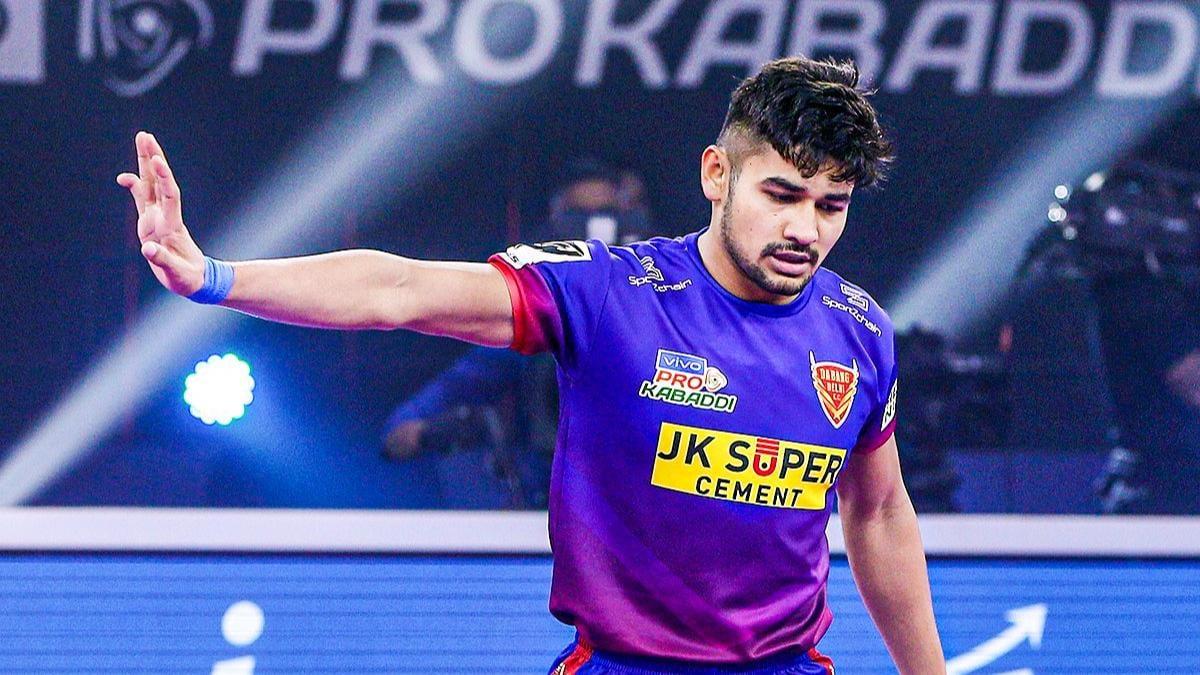 Naveen is determined to break the trophyless individual run

Naveen Goyat: The Naveen Express has spent only 35 minutes on the mat from his last two appearances and was also given rest ahead of the dead rubber win over Telugu Titans. As Dabang Delhi management did not want to risk their best player ahead of the most crucial stage of the season.

Naveen missed the 61-22 massacre from the hands of the Bulls but scored 13 raid points in Delhi’s second match of the season against Bengaluru. The services raider has lost the consistency after recovering from the injury, which used to be his strength and kept him level ahead of his competitors.

Pawan Kumar Sehrawat: The Powerstar claimed an unbelievable total of 44 points from the two Season 8 fixtures against the Capital-based franchise. Pawan’s defensive contributions also hold a significant value in Bengaluru’s game plan making him Mr. 360 of the Kabaddi. He will be up against the club legends of the Bulls, Manjeet Chhillar and Joginder Narwal although the Bengaluru captain has never played along with the veteran defenders at the PKL.

Dabang fauj from the Capital missed out on the golden opportunity to hold the PKL trophy in their last attempt but they’re back with a better claim this season. On the other hand, Pawan Sehrawat led Bengaluru Bulls are known as giant-killers of Season 8 and are aiming to knock another hot favorite from the title race. Hence both combatants stand on equal chances of advancing to the Grand Finale.