Will the Bengal Warriors side be able to replicate the glory of the 'Class of 2019'?

Bengal Warriors have proved themselves as one of the most consistent Pro Kabaddi League franchises in the past few seasons. The Sky Blues from the City of Joy are ready to enter into the new era with a new-looked squad which seems powerful on paper. Hence, ‘Parimatch News‘ brings in-depth analysis of the Bengal Warriors squad for the Pro Kabaddi Season 9.

The Kolkata-based franchise had forgettable memories from their title-defense campaign which started on a great note but somehow lost the rhythm midway through the season. They ended up in the ninth position in the PKL 8 standings after being able to fetch only 57 match points from 22 league games and missed out on the playoffs qualification by nine points. The seventh-edition champions failed to qualify for the knockouts for the first time since 2017 as their streak of three seasons also came to an end.

BC Ramesh who crowned them champions in PKL 8 moved his base to Puneri Paltan and also took his most trusted knight Mohammad Nabibakhsh along with him. The command of this new age Warriors side has gone to another southern gaffer Kasinathan Bhaskaran who won the inaugural edition of Pro Kabaddi with Jaipur Pink Panthers. The Mumbai-based coach Prashant Surve who guided his state team to the bronze medal glory at 68th Senior National Championship will be the deputy of Bhaskaran. 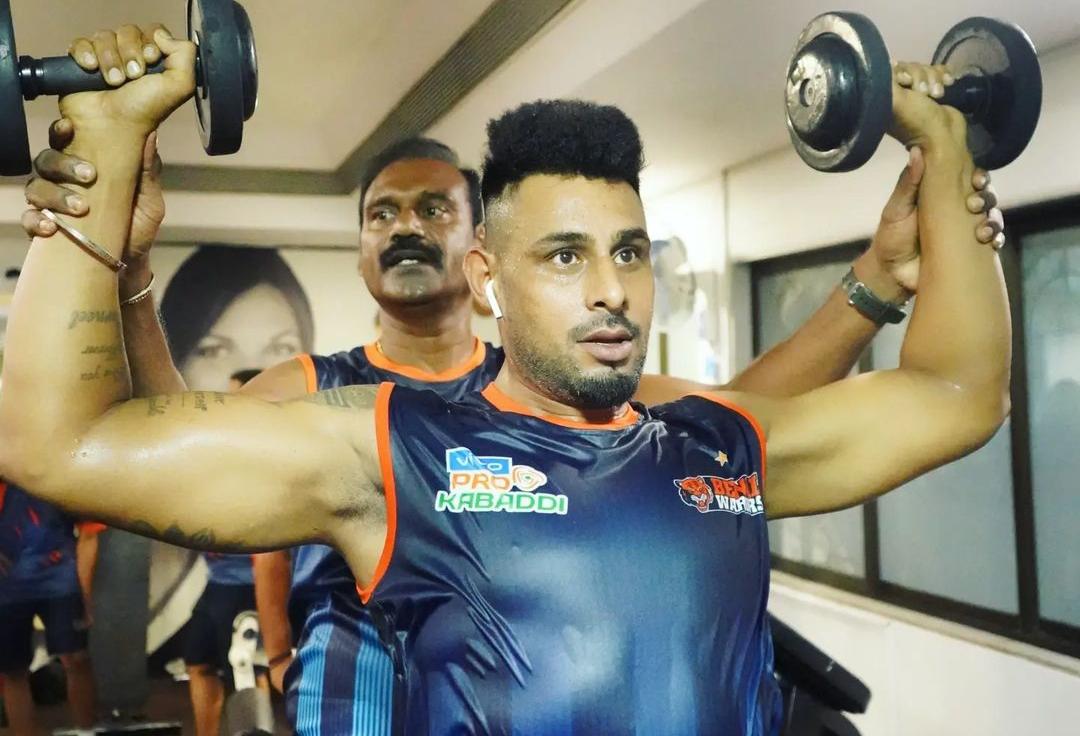 Overdependence on the star raider Maninder Singh caused the Warriors big chunks in the previous season. As the PKL 8 campaign proceeded further, Mani transformed into a one-man army in Bengal’s raiding unit and carried them on his back throughout the season. Hence the improvisation of their offensive depth and overall quality should be the first thing K Bhaskaran must have wanted to do when taking charge.

The Mighty Mani will be stepping into the straight fifth season donning the Sky Blue colours as the Bengal franchise retained him at his highest ever price of 95.3 Lakhs. Season by season, the Punjab-based raider has proved himself to be one of the most consistent performers in the history of this league. The 32-year-old Warriors skipper is currently standing second on the all-time individual raiding charts with 993 raid points from 101 PKL appearances.

Two veteran offensive names Shrikant Jadhav and Deepak Niwas Hooda have also been included in the Bengal roster to accommodate Maninder in the attack. Shrikant who had a forgettable campaign with UP Yoddha in the previous season seems to have regained his form after recently winning the bronze medal with Goa at 69th Senior Nationals. The former Indian captain and an adequate all-rounder Deepak may not get a much centric role this season however, his experience of 140 PKL matches will provide solid support to the strike raiders.

The list does not end here as the roster of the Kolkata-based franchise also features the likes of Akash Pikalmunde, Ajinkya Kapre, Rohit Raghav and Vinod Kumar. The sturdy Vidarbha raider Akash was one of the only three players who were retained by the franchise from the earlier roster. The young guns Ajinkya Rohidas Kapre and Rohit Raghav are stand-out names among all these veterans names. 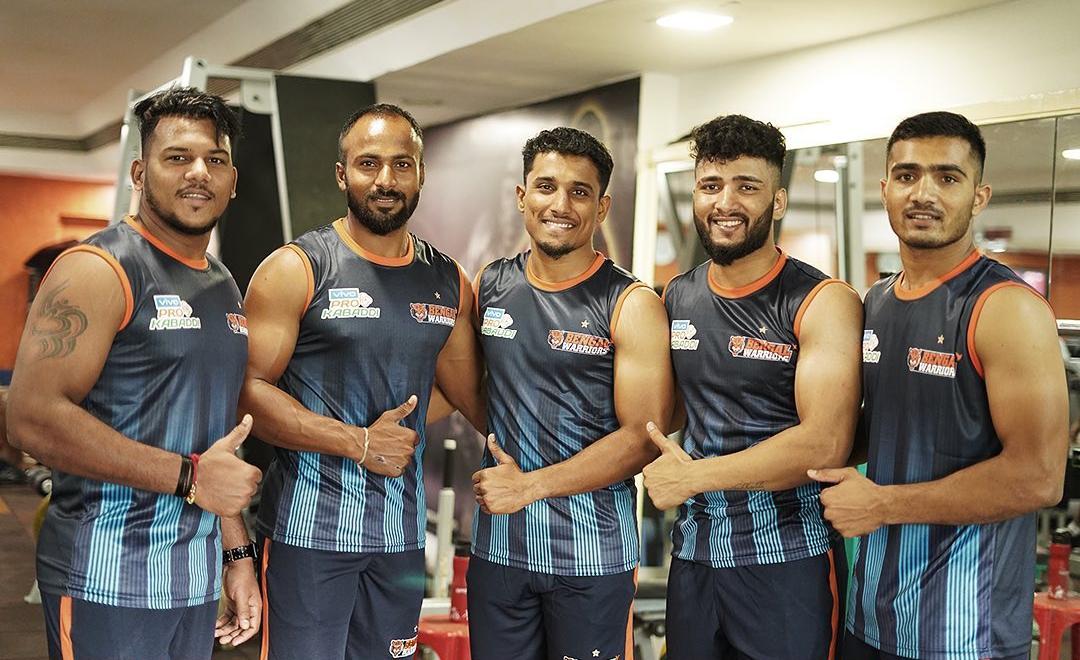 The Maharashtrian Battalion of Team Bengal

The left-corner position of this new age Warriors squad in the presence of three big names Surender Nada, Girish Maruti Ernak and Amit Sheoran. Bengal will be the fourth destination for the legendary Surender Nada who has attained 267 tackle points while playing for U Mumba, Bengaluru Bulls and his home franchise Haryana Steelers. The Maharashtrian rocky defender Girish who has played each and every PKL edition will be returning to the Kolkata-based outfit after six years.

It seems like there won’t be much competition in the right-corner position for Shubham Shinde who is speculated to be an undisputed starter. The 23-year-old Ratnagiri-based defender was part of the Patna Pirates side in Season 8 where he was used as a backup to Sunil Narwal and contributed 18 tackle points including a solitary High 5. He will be reuniting with the gaffer Prashant Surve under whom he clinched Bronze at Senior National Championship as a Maharashtra captain.

The cover defensive department lacks the star power which is present in the corner positions. Former Haryana Steelers left-cover defender Parveen Satpal is set to acquire the first-choice status after the departure of Amit Narwal. The Railways defensive all-rounder Ashish Sangwan will face tough competition from the youngster Vaibhav Garje on the right side of the cover position.

The Warriors were facilitated with the services of two of the biggest foreign players Mohammad Nabibakhsh and Abozar Mighani previously. Currently one of the finest all-rounders in the World Kabaddi, Nababiksh led the Bengal side to the champions podium of Pro Kabaddi Season 7. However, the changed higher authorities decided to overhaul the squad and it forced the old foreign knights to make way for the new ones.

The Sky Blues secured the services of the left-cover Soleiman Pahlevani at the base price of 10 Lakhs. The Iranian defender made his PKL debut with Gujarat Giants in Season 8 but got very few opportunities in presence of first-choice option Parvesh Bhainswal. The Asian Games gold medalist can be seen playing more of a primary role in Bengal’s defensive wall this season.

The Sri Lankan towering raider Aslam Saja Thambi is going to be featured at the grandest stage of Kabaddi for the first time in his career. Aslam rose to fame in the International circuit when he led the Lankan Lions to the bronze medal honour of the 2016 Asian Junior Kabaddi Championship in Iran. He was also part of the National Team which contested at the 2018 Jakarta Asian Games and also registered a thumping win over Thailand in the group stages.

A surprising decision was taken by the Bengal management when they decided to not retain any player from the NYP category in this edition. However, they did not let the opportunity to sign new NYP guns go and inducted the names of Prashant Kumar, Guhan Raju, Suyog Gaikar and Vaibhav Garje.

The South Indian raiders Guhan Raju and Prashant Kumar have been scouted by the head coach Kasinathan Bhaskaran from the grassroots. The slim and energetic right-sided raider Raju hailing from Trichy is a renowned name in the local Kabaddi circuit of Tamil Nadu.

Then the scouting team of Bengal Warriors moved to the state of Maharashtra where the assistant coach Prashant Surve has a reputation for unearthing talents. Garje was a teammate of the Puneri Paltan star Akash Shinde in the Maharashtra side which claimed the Silver medal at the 2022 Khelo India Youth Games. Meanwhile, the stalwart raider Suyog Gaikar’s potential was discovered at the local tournament in Raigad called Midline Kabaddi League.