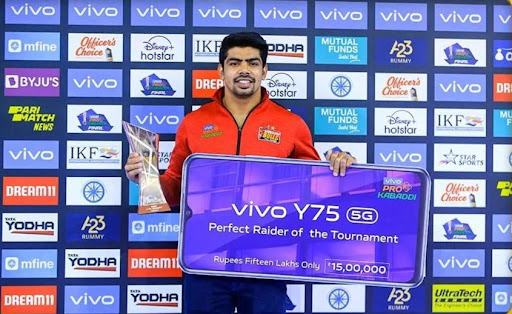 Pawan Kumar Sehrawat bags the 'Raider of the Tournament' award

Raiding is the most illustrious aspect of Kabaddi and the raiders have always ruled the hearts of Pro Kabaddi League fans. The eighth edition of the PKL saw many offensive spearheads running riots in the opposition half.

Many attackers lived up to their names and their franchise’s expectations and filtering five names out of the long list of competitors was tough. Thus, Parimatch News brings you the list of the Top 5 raiders of the PKL Season 8.

No one would have believed if you had said that one raider from the UP Yoddha franchise is going to make it to the Top 5 raiders list and that name won’t be Pardeep Narwal but Gill. Although Pardeep was behind Surender by just a single raid point, it is still a huge achievement for the stagnant raider to overtake the record-breaker.

The 24-year-old Yoddha emerged as the lead raider of the team when Pardeep was talking him time to settle down at the Uttar Pradesh-based franchise. His extraordinary ability to score multi-point raids became overpowered when Narwal joined the forces and the duo emerged as showrunners in the latter half of the campaign. Surender was part of 23 matches this season scoring 189 raid points and nine tackle points consisting of seven ‘Super 10’ achievements. 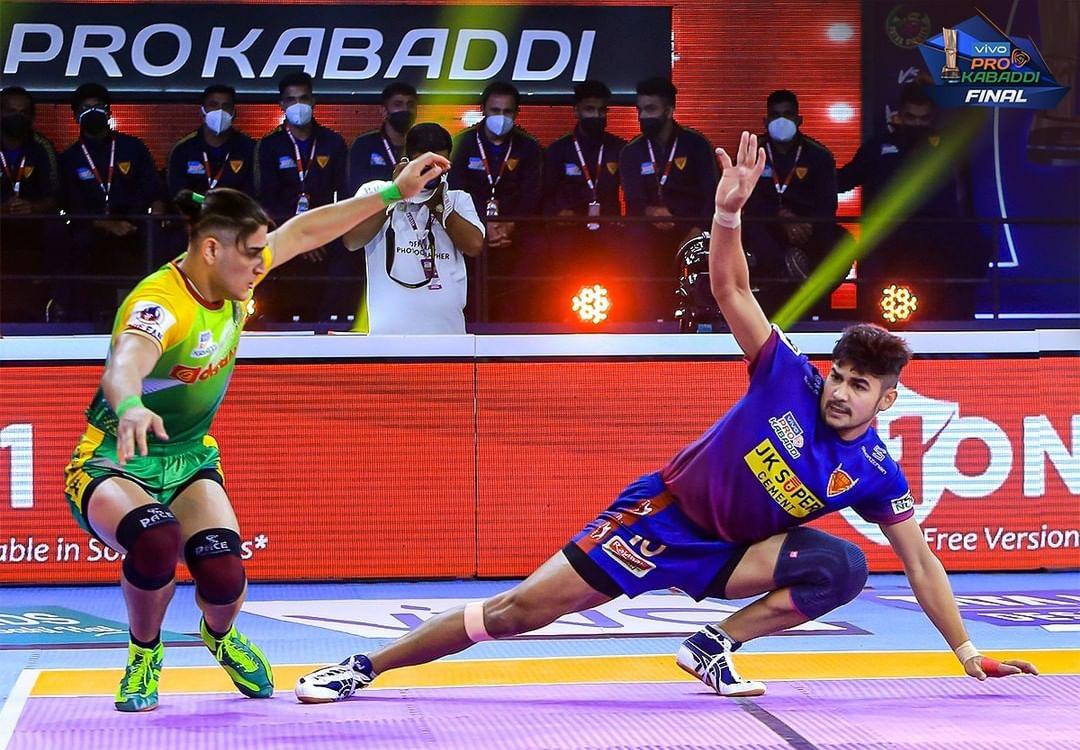 After losing four straight finals of major competitions, the wonderboy of Kabaddi finally clinched the PKL trophy and also bagged the most valuable player award. Although The Naveen Express was halted due to the injuries this season and the youngster missed around seven games over for his recovery.

He kick-started the Season 8 campaign in top form by conquering every defense in the league and kept a streak of seven consecutive Super 10s before missing out on action due to injury concerns.

Super 10 achievements in the Semifinal and Final will be the highlight of Naveen’s Season 8 campaign. The raiding sensation was able to participate in 17 fixtures, scoring 207 raid points along with 12 Super 10s, and averaged 12.18 raid points per match, the second-highest in the tournament.

The Royal Tiger of the Kolkata-based franchise was the best and only consistent performer from their roster for Season 8. At one point, Captain Maninder was carrying the whole team on his sturdy shoulders by keeping the flow of raid points continuously. Despite putting his 100% effort on the mat, the PKL winning captain couldn’t defend his championship due to a lack of support.

Mani featured in every Bengal Warriors game of this season and scored 264 raid points with an amazing raid strike rate of 65%. The Punjabi Soorma crossed the Super 10 mark 16 times out of 22 attempts which showcases his successful conversion rate of around 73%. 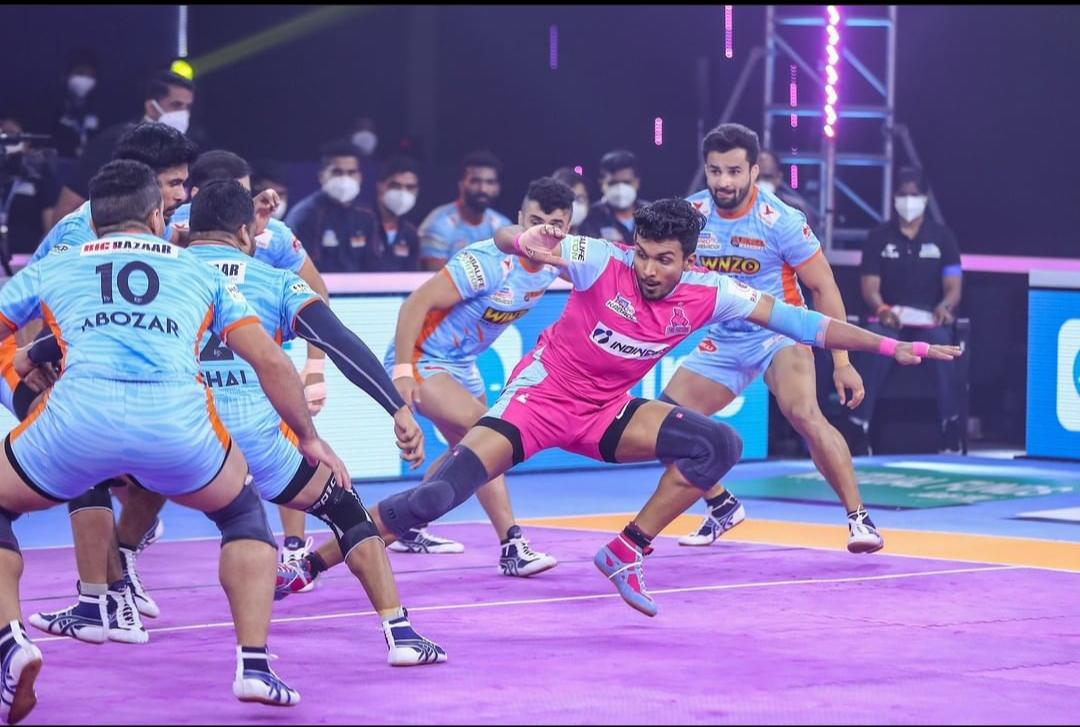 Pink Panthers’ bid of INR 96 Lakhs on the youngster who was yet to prove himself at the grand stage, surprised everyone but the Jaipur coach Sanjeev Kumar Baliyan was keen to count on his beloved scholar. Not just as a raider but Arjun’s overall improvement in the past two years is commendable.

The Services raider was the Inaugural champion’s major source of raid points and kept the flow going throughout Season 8. Arjun’s contribution to the Rajasthan-based franchise was statistically huge as he claimed 267 raid points with an average of 12.14 raid points per match for the Pink Panthers.

If the youngster continues to excel through running hand-touch, bonus, and toe-touch skills with this kind of consistency, soon we’ll be keeping him in the highest grade of raiders.

Everyone knew that the raiding storm named Pawan will be marching towards Season 8 and no one could do anything about it shows the dominance level of Sehrawat. The Bengaluru captain is the only raider from this season to cross the 300 raid points mark as he finished the campaign with 304 raid points and 16 tackle points from 24 fixtures.

Pawan’s individual contribution is 57% of the Bulls team raid points tally and has the lion’s share in the semi-final finish of the sixth edition champions. He lacked consistent support from other Bulls and was constantly carrying his side single-handedly otherwise the results would have been different if his teammates tried to match his levels in the crucial times.

Many outstanding raiders showcased a great run in the Season 8 caravan but could not make it to the list. Hence a special mention to these gems of invasion – Pardeep Narwal, Abhishek Singh, Vikash Kandola, Sachin Tanwar, Vijay Malik, Aslam Inamdar, etc.